Tori Spelling is considering a nip/tuck.

The former “Beverly Hills, 90210” star stopped by plastic surgeon Dr. Payam Jarrah-Nejad’s office this week for a consultation on her “expired and recalled” breast implants.

“After needing to for many years I’m finally addressing my expired and recalled implants,” Spelling, 48, wrote on her Instagram Story on Thursday over a photo of a jar of plastic boobs.

“Thanks for squeezing me in @drjplasticsurgery. Great consult! I adore you already…”

Jarrah-Nejad reshared the Story on his own account and added a “thank you” sticker.

Spelling previously explained her implants had “expired” during an October episode of “Whine Down with Jana Kramer.”

“See, no one told me when I got mine done that, in 10 years, you would have to get them redone,” she told the host.

The actress’ journey to self-improvement comes amid rumors she and husband Dean McDermott are headed for a divorce. Page Six published exclusive photos of her standing outside of a lawyer’s office in October holding a notepad that alluded to a potential split. 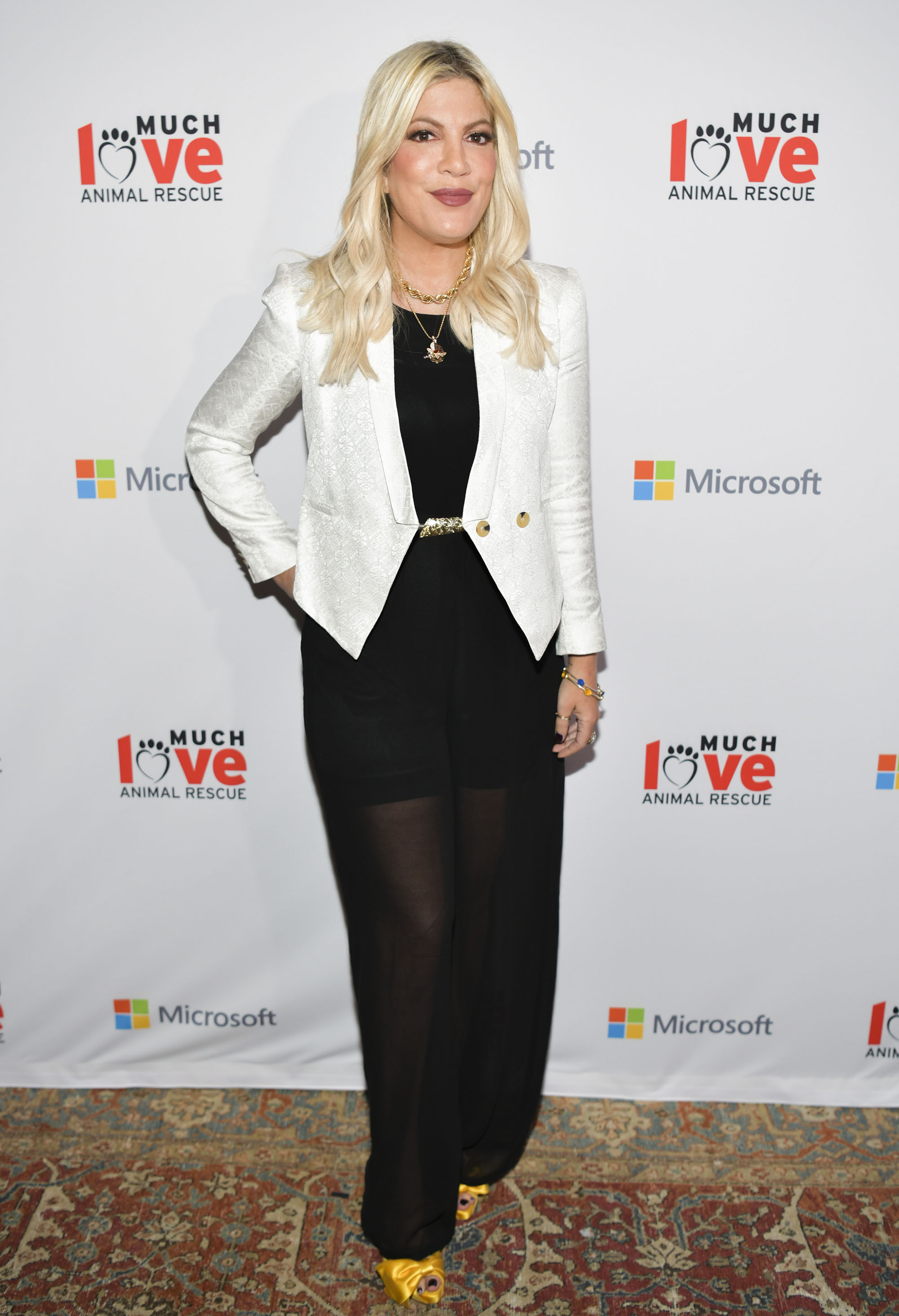 According to photographers, the actress spent about an hour inside the lawyer’s office and left with McDermott, 55, “nowhere in sight.”

Since the telling notepad, Spelling has only further fueled rumors she and McDermott are splitting up. In addition to no longer wearing her wedding ring, she also shared a cryptic message on Instagram while having a night out with her friends.

“Never look back…” she wrote over an Instagram Story photo.

Publicly, Spelling has dodged questions about the state of her marriage, but a source close to the pair told us no one is “surprised” by the union’s potential demise.

“Her friends are surprised [a divorce] didn’t happen years ago,” said the source. “No one is a fan of [McDermott].”