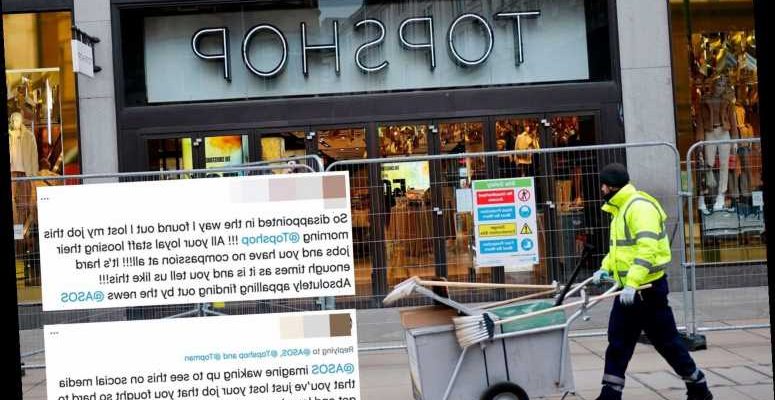 TOPSHOP workers have been left in tears after finding out that they've lost their jobs on Twitter.

It comes as Asos today confirmed a deal to buy the brand as well as Topman and Miss Selfridge from Sir Philip Green's Arcadia Group. 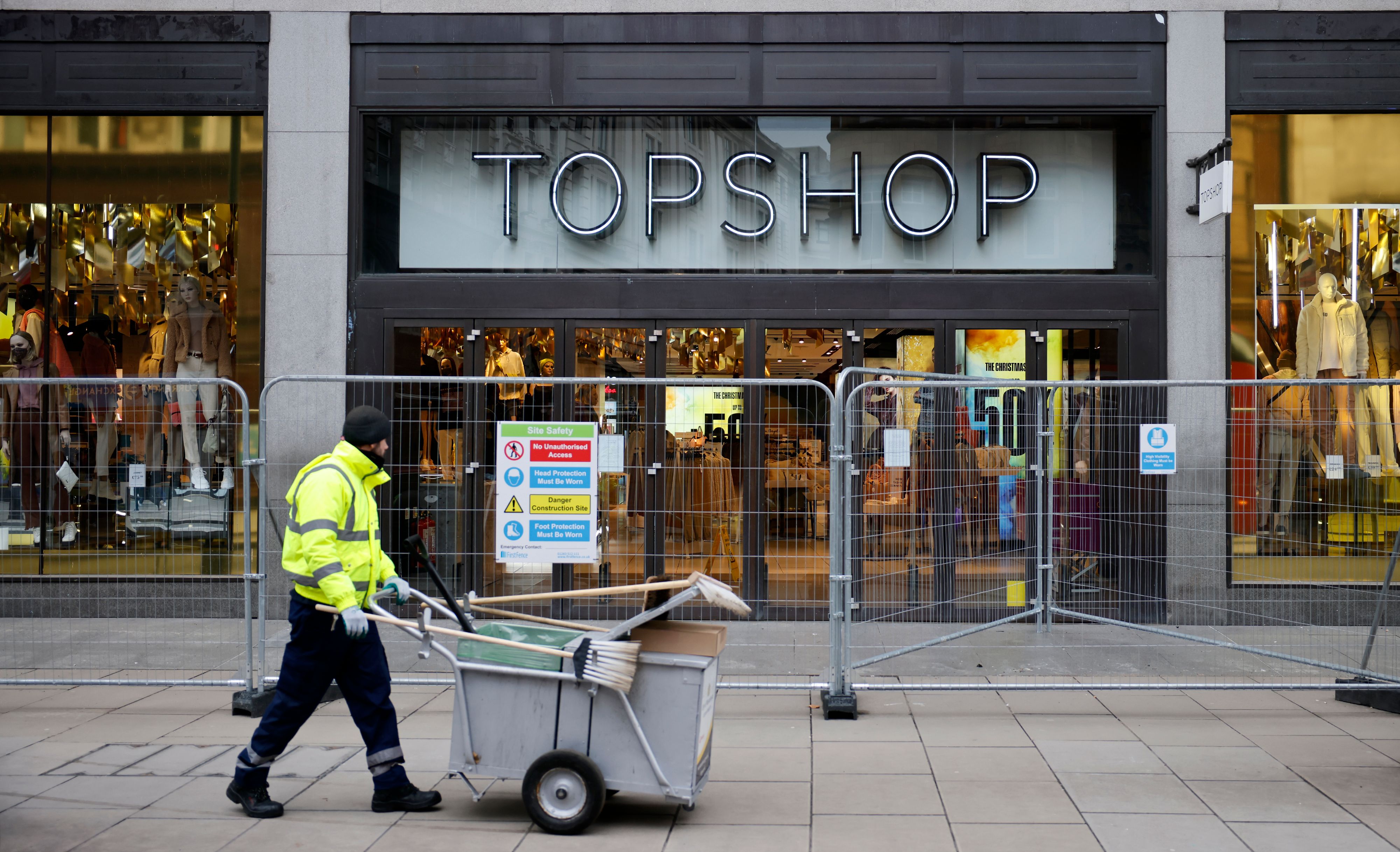 The deal is expected to close 70 shops forever, with 2,500 retail staff at risk of redundancy.

Sales assistant Scarlet Rawson, 17, told The Sun she found out she'd lost her job at Topshop and Topman from Asos' Twitter account this morning, which said the brands are now part of Asos Group.

She said: "I woke up and had a notification on my phone, and saw loads of messages in my work group [of 20 people] on Facebook.

"Everyone else had found out on that post, news or on the radio, nobody found out from the actual company. Even my area manager didn't.

"Everyone's really upset about it, I was angry to begin with. My boss has been working in the Lincoln store for 20 years."

She added that she did receive a statement from Arcadia around midday, and that they're all now waiting to have their redundancies confirmed.

Meanwhile, a Topshop retail assistant -who wanted to remain anonymous – told The Sun she found out through the news and sent the story to her colleagues, who also hadn't been told about the deal.

She said: "I'm devastated and really upset. I love my job.

"It was a part-time job as I've got two young girls, I'm going to miss everyone so much.

"It's a shock and people are panicking and gathering payslips because we don't know how long we'll have access to the system."

Another Topshop employee – who had worked at the fashion chain for just over five years – also said he found out about the news on Twitter.

He said: "We’re all devastated as we’re like a family. I am incredibly upset".

While another worker slammed ASOS for the Twitter post, and said: "@ASOS imagine waking up to see this on social media that you’ve just lost your job that you fought so hard to get and loved so much.

"It’s so insensitive and cruel. Through the tears I’ve just deleted my account with you."

And another added:"So disappointed in the way I found out I lost my job this morning @Topshop!!!

"All your loyal staff losing their jobs and you have no compassion at all!!! It’s hard enough times as it is and you tell us like this!!!

"Absolutely appalling finding out by the news @ASOS."

What are my redundancy rights?

BEFORE making you unemployed, your employer should still carry out a fair redundancy process.

You are entitled to be consulted on the redundancy lay-off first and to receive a statutory redundancy payment, as long as you've been working somewhere for at least two years.

How much you're entitled to depends on your age and length of service, although this is capped at 20 years. You'll get:

Sadly, you won't be entitled to a payout if you've been working for your employer for fewer than two years.

There should be a period of collective consultation as well as time for individual ones if your employer wants to make 20 or more employees redundant within 90 days or each other.

You are also entitled to appeal the decision by claiming unfair dismissal within three months of being let go.

Both Arcadia Group and Deloitte declined to comment when contacted by The Sun today, while Asos referred us back to the administrators too.

ASOS is paying £295million for the brands plus leftover stock, with the takeover also including leisurewear range HIIT.

The online retailer has agreed to take on 300 people within the Arcadia Group business, including buyers and designers.

The websites for Topshop, Topman and Miss Selfridge will remain open until the deal is completed at the end of the week.

After this, each brand will move over to the ASOS website and customers trying to access these websites will be redirected to ASOS.

The deal, worth £265million for the brands and a further £30million for existing stock, is expected to be completed by February 4.

Arcadia Group, which was bought by Sir Philip Green for £850million in 2002, also owns Burton, Dorothy Perkins and Wallis.

In an announcement last month, Arcadia Group confirmed it would shut another 31 stores, including 21 of the group's Outfit shops.

Topshop’s flagship Oxford Street store is reportedly being sold off too.