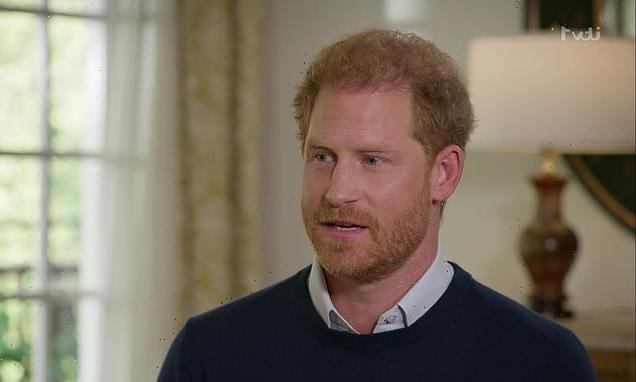 TOM UTLEY: Never mind Prince Harry’s wonky ‘truths’, most of society now refuses to accept any facts that it doesn’t like

Forgetful folk everywhere have reason to be grateful to Prince Harry for his sublime redefinition of the word truth, as he explains it in his bestselling memoir, Spare. I like to think of it as the Sussex Defence, and I will certainly be using it the next time someone such as Mrs U accuses me of getting my facts wrong.

‘Whatever the cause,’ writes the Philosopher Prince of Montecito, ‘my memory is my memory, it does what it does, gathers and curates as it sees fit, and there’s just as much truth in what I remember and how I remember it as there is in so-called objective facts.’

Thus, the Duke of Sussex (or more likely his ghost writer, since the sentence suggests just a hint of self-awareness, or even a guilty conscience) seems to be trying to excuse the book’s many demonstrable offences against those traditional notions of truth that old codgers like me were brought up to respect. 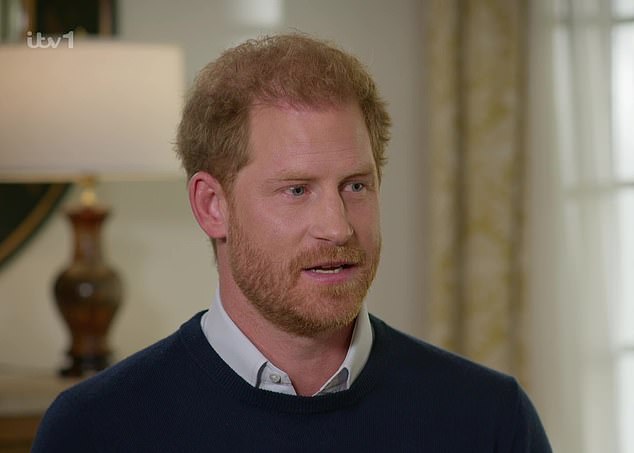 Forgetful folk everywhere have reason to be grateful to Prince Harry for his sublime redefinition of the word truth, as he explains it in his bestselling memoir, Spare

To take just one of the numerous examples identified since the publication of Spare, Harry distinctly recalls where he was on the day when somebody rang with the sad news that the Queen Mother had just died.

‘At Eton, while studying, I took a call,’ he writes. ‘I wish I could remember whose voice was at the other end; a courtier’s, I believe. I recall that it was just before Easter, the weather was bright and warm, light slanting through my window, filled with vivid colours.’

Never mind that there’s a wealth of documentary and photographic evidence that Harry was actually with his father and brother on a skiing break in Klosters, Switzerland, on the day before Easter Sunday in 2002 when his grandmother died, during the school holidays.

If his memory tells him that he was studying at Eton College in Berkshire that day, when he wasn’t, then by his definition this is no less true than the so-called objective fact that he was in Switzerland, where he actually was.

We men of a certain age — I’m 69, and increasingly absent-minded — should recognise just how handy this Sussex Defence will be on future occasions when we’re locked in dispute with our other halves.

Mrs U (after sending me to Sainsbury’s with a shopping list): ‘Where’s the butter? I asked you to get butter.’

Me: ‘No, you didn’t. I distinctly remember that there was no mention of butter on your shopping list.’

Mrs U: ‘Yes, there was. I put butter right at the top. Look at the list and you’ll see.’

Me (after looking at the list and seeing the word ‘butter’ clearly written at the top): ‘You have to understand, my love, that my memory gathers and curates as it sees fit, and there’s just as much truth in what I remember and how I remember it as there is in so-called objective facts. Therefore, it’s quite as true for me to say that you didn’t put butter on the list as it is for you to claim that you did.’

Well, it’s worth a try — though I have a sneaking feeling my wife may not be totally convinced by the force of my argument.

What worries me is that Prince Harry is far from alone these days in apparently believing that truth is a flexible commodity, to be adjusted according to our tastes, feelings or beliefs.

Now, I know I may get into awful trouble for this — look at poor, rich, brave J. K. Rowling and the abuse heaped on her head — but I’m thinking particularly of the modern theory that a boy can turn into a girl, or a girl into a boy, simply if that’s what he or she wishes.

Put it down to my advanced age, or my traditional upbringing, but like millions of others, I find this terribly hard to believe.

God knows, I realise that some people suffer great distress from feeling that they were born in the wrong body. I know, too, that I should count myself lucky that I’ve never felt any problem with being male. Indeed, I’ve always been perfectly at ease with the sex and gender of my birth, as defined by the so-called objective facts of the chromosomes and other bits I was born with.

But while I have no wish to say or write anything that may upset those who do feel uncomfortable in their bodies, I find it utterly bewildering that the Edinburgh Parliament has decided any Scot over the age of 16 should have the right to be legally recognised as a member of whichever sex he or she chooses. Furthermore, most Scots agree with me, if we’re to believe the findings of opinion polls.

Of course, I may risk exaggerating how important this is, since only a very small minority is affected. Nor am I wholly convinced by the Westminster Government’s argument that its plan to block the measure is based purely on constitutional objections, which have nothing to do with the culture war.

But I reckon it matters a great deal, insofar as it’s symptomatic of a mass retreat from reality in Western democracies, which can only lead to trouble. In a nutshell, the problem is that if the facts don’t suit how we feel, too many of us simply refuse to face them.

Take the current wave of strikes in the public sector, which seem to be founded on the fantasy that the Treasury has limitless funds at its disposal, while only the meanness of the wicked Tories prevents the Government from meeting even the most exorbitant pay demand.

Who cares about the so-called objective fact that national debt already stands at about £2.3 trillion? La, la, la. Not listening.

Meanwhile in France, whose government is even more deeply in debt than ours, riot police were out in force yesterday to control a nationwide wave of furious protests against President Macron’s plan to raise the pension age — from a mere 62 to a not much more elderly 64!

As for the verifiable truth that average life expectancy there has shot up to more than 82 years over recent decades — adding billions to the cost of pensions — well, who cares a damn about reality when it clashes with workers’ wishes?

It’s the same with our NHS. Far too many — including politicians, who should know better — still cling to the fantasy that most of its problems would be solved if only the Government shovelled more cash into this unwieldly behemoth’s ever-gaping maw. Never mind the fact that this theory has been proved wrong, again and again, as successive governments (including Rishi Sunak’s) have poured record sums into it.

And what about the reality that the service offered by Whitehall departments and their offshoots has markedly deteriorated since civil servants in their droves started working from home?

As successive studies have shown, we have to wait ever longer for officials to answer the phone, if they answer it at all, while too often they’re unable to help because they’re miles from the place where the relevant documents are held.

So will they face the fact that they can’t do their job as efficiently from the kitchen table as they could from their office desks? Come off it! This is 2023, where nothing is true unless we want it to be.

Or take the Government’s extraordinarily ambitious targets for the UK to go carbon neutral by 2050, and to ban the sale of all new petrol and diesel cars by 2030. Who cares that the projected costs are astronomical, while barely a moment’s thought appears to have been given to the infrastructure that will be needed?

For that matter, who cares that a carbon-neutral UK would have barely any measurable impact on global warming, when even today, the country contributes only 1 per cent to the world’s carbon emissions.

If people choose to believe that we can make a difference, politicians seem to believe, then give them green policies — even if this means ignoring reality.

Indeed, I could go on citing examples almost for ever, if only I had the space.

As for Spare, in which Prince Harry gives us his truth, the book has been widely described as the fastest-selling non-fiction book in history. But is this really an objective fact? I’m not questioning the phenomenal sales figures. But shouldn’t we quarrel with the term ‘non-fiction’?