The morning show co-anchor announced Tuesday morning that her third bundle of joy with husband Brian Fichera is set to arrive in November.

“The holidays are going to be bananas,” she said on the morning show.

Following the birth of son Calvin, 39-year-old Dreyer revealed she’d suffered a miscarriage and was struggling with secondary infertility. She eventually became pregnant with Oliver a few months later.

“We were trying and it wasn’t really happening and just kind of gave up,” Dreyer said Tuesday of trying for six months with no success. “We were ready for the next phase.”

Dreyer and Fichera, 33, visited the doctor and were told to relax and stop obsessing over a pregnancy.

“Sure enough, that’s what we did,” she said. 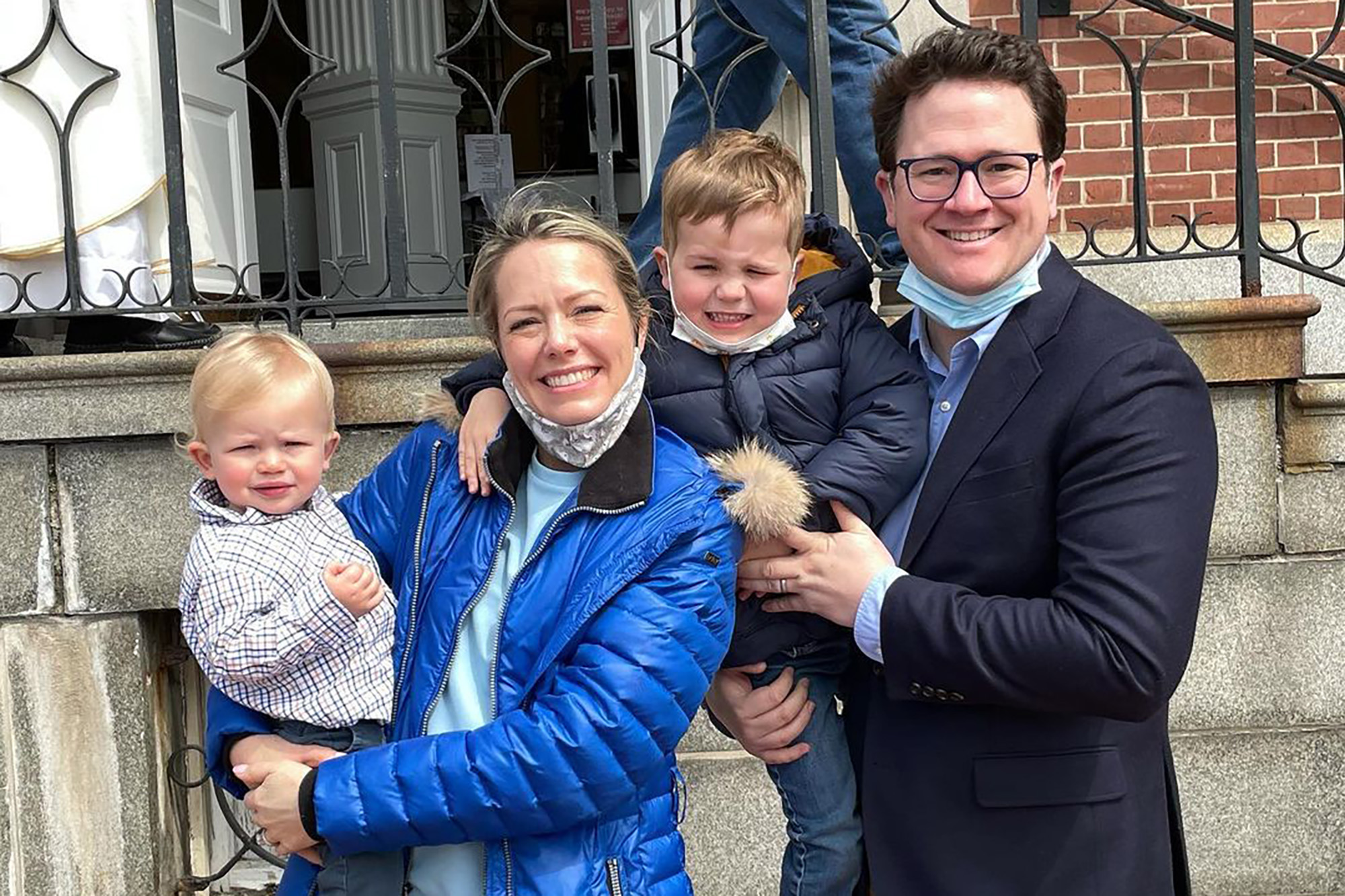 Dreyer and Fichera knew when they tied the knot they’d one day have kids, but they didn’t realize they would fall madly in love with being parents.

“When we first got married, we thought maybe one day we’d have kids,” Dreyer explained. “But then we became obsessed with them. … You just realize they’re the best things in the world.”

She also revealed that she’s feeling nauseated far earlier than when she was expecting her first two boys.

“You feel it a lot sooner with the third!” she said.