‘The Outlaws’ co-creators spoke EXCLUSIVELY with HL and Stephen Merchant explained how he went on a ‘solo mission’ to get Christopher Walken on board as the Frank Sheldon.

The Outlaws follows 7 strangers who are forced to do community service together after committing various crimes. When they stumble upon a bag full of money, the adventure truly begins. One of these “outlaws” is none other than legendary actor Christopher Walken. HollywoodLife spoke to co-creators Stephen Merchant and Elgin James about their quest to nab Walken. 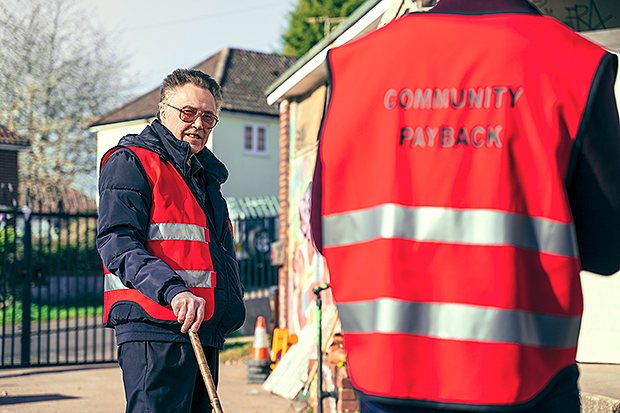 “I don’t know how that happened. There was an omelet involved,” Elgin admitted. “I know it happened in Connecticut. That was a Stephen solo mission. We had talked about Frank for years now, really. You kind of always try to pitch these different people in your mind. Personally, Christopher Walken, I never even thought that was even attainable.”

Stephen, who also stars in the series, elaborated further, “I flew to his house in Connecticut, and he very sweetly made me an omelet. We sat and ate an omelet and talked about the show. He kind of felt like he responded to the character and he actually knew people like that when he was growing up he said. In fact, there was a few people he still knew even now who were kind of cut from that same cloth.”

And the rest is history! Gamba Cole, who plays Christian/Ben, told HollywoodLife that working alongside Walken was “surreal.” He added, “I remember the first day he came [to set]. We had already started shooting, and he just wanted to get in the mix. He just wanted to talk to everybody and get to know everybody. It was so nice to have somebody of that stature be so down to earth and grounded and stuff like that.” 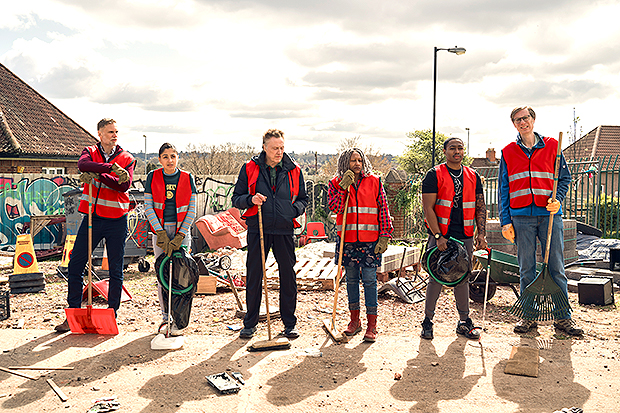 The Outlaws was actually inspired by Stephen’s parents, who were involved with community service when he was growing up. “They weren’t criminals themselves. They supervised criminals. Well, they may have done a couple of bank heists, we’re not sure, but they were sort of supervising the people who had got like a DUI or some other minor crime that meant that they had to do community service instead of prison,” Stephen said. “I always thought that was an interesting idea for a comedy or a drama. You have all these characters coming together. You can watch the sparks fly, so I met with Elgin, and we kind of spitballed the idea. It was exciting kind of bringing our two sensibilities together really and seeing what came out of that. We’re very pleased with the results.”

All 6 episodes of The Outlaws will be available on Prime Video on April 1. The show has already been renewed for a second season.