There are few things capable of unlocking memories quite like music. But for Missy Higgins, who gave Scar and The Special Two to the Australian musical canon, it is a song about locked-in memories that looms largest in the hearts of her loved ones and many of her fans.

“You’re talking fast but talking blind, and I can’t bring myself to meet your eyes,” Higgins sings of her grandmother’s fight with dementia on 2012’s Cooling of the Embers. 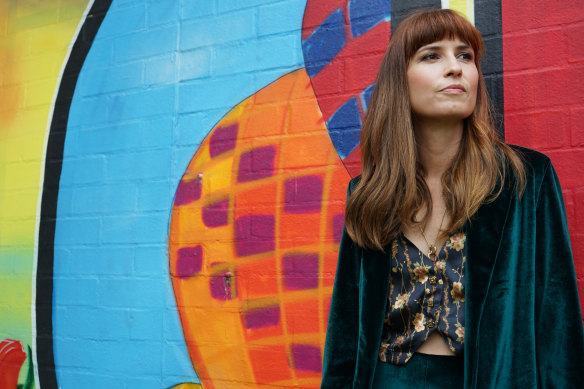 Australian singer-songwriter Missy Higgins is a supporter of the #shareasong campaign aiming to use music to improve the lives of people living with dementia.

Speaking at the launch on this week of the #shareasong campaign, which aims to use music to improve the lives of people living with dementia, Higgins said the song still elicits tears from fans and family members more than a decade after its release.

“They say as soon as they heard it, it just took them back to their own grandma dying, and it helped them have a good cry,” she said.

“Out of any song I’ve ever written, that’s the one that [family members] usually ring me back in tears or say, ‘thanks very much for making me have to pull over on the highway and have a good old sob’.”

Recent dementia-related studies have shed light on the ability of favourite songs to improve brain function and reduce aggressive behaviour in patients living with dementia.

Building on that research, the #shareasong campaign, led by music technology wellness company Music Health, encourages families to share a song and a story behind it with their loved ones this festive season.

Music Health co-founder Stephen Hunt said he hopes the campaign will help families deepen their connection with their elderly loved ones and encourage staff to play music during mealtimes, bathing and other care activities.

“Music is still thought of as maybe a once-a-week activity in aged care … when you go into most aged care centres, they’re still relatively quiet,” he said. “What we’re really trying to do is raise awareness that music is incredibly impactful for people who live with dementia.”

Hunt first realised the benefits of music in dementia as a teenager – his grandfather had Alzheimer’s – but didn’t become aware of the science behind it until much later in life.

Following a successful career in the music industry, he co-founded Music Health, which curates personalised playlists of music for people living with dementia.

Hunt said he believes music has a positive role to play alongside more traditional forms of care in a sector whose problems were exposed in the recent Aged Care Royal Commission.

“If we can do anything to improve their quality of life and make that [caring] job more joyful and sustainable, then I think that’s going to go a long way to helping,” he said.

The Australian Institute of Health and Welfare estimated that between 386,200 and 472,000 Australians were living with dementia in 2021.

Australian actor Chris Hemsworth revealed on Tuesday that he will take a break from acting, after learning he had two copies of the ApoE4 gene, which is associated with an increased probability of developing Alzheimer’s, and is also associated with its early onset.