Ten years after Suzanne Collins published the first book of The Hunger Games series, she has announced a new book is on the horizon. Fans of the wildly popular novels and movies are freaking out because they have wanted more for a long time. There was something about the trilogy that many people could relate to.

The dystopian series was one of the first of its kind to become a global phenomenon, and now we can expect a prequel. So far only a few details about the upcoming book have been released, but that hasn’t stopped diehard fans from speculating. The new Hunger Games book will explore a familiar character’s past.

One character, in particular, keeps coming up as a possible lead in the next book. Mags, who was the oldest character in the series, is said to be the subject of the prequel. While this is not yet confirmed, many are saying it makes the most sense. Here’s what we know so far. 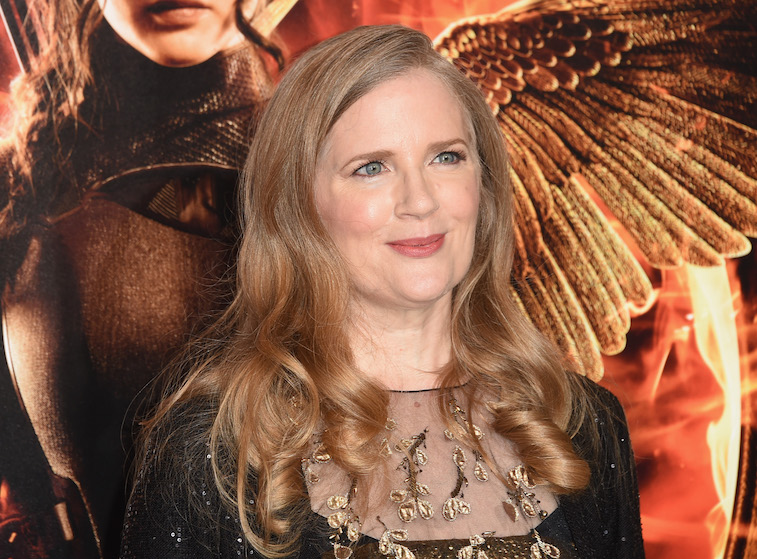 ‘The Hunger Games,’ a global phenomenon

When the first book came out, it immediately struck a chord with readers. The idea that people could allow their children to fight to the death was beyond morbid, but to have the nation watch it happen live, somehow seemed to fit.

Our country put reality television on the map, so a series of books like this made people think it could actually become a reality. Another reason that The Hunger Games became a worldwide hit is its female lead.

Repost from @scholasticinc Exciting news, Hunger Games fans: A prequel novel set 64 years before the events of The Hunger Games is set to publish in May 2020! On returning to the world of The Hunger Games, author Suzanne Collins said, “With this book, I wanted to explore the state of nature, who we are, and what we perceive is required for our survival. The reconstruction period ten years after the war, commonly referred to as the Dark Days—as the country of Panem struggles back to its feet—provides fertile ground for characters to grapple with these questions and thereby define their views of humanity.” — #hungergames #thehungergames #suzannecollins #panem #scholastic #ireadya #yalit

Katniss Everdeen was not your typical hero. She only wanted to save her sister. She missed her father, she hated the Capital, and she wanted to hunt. Katniss did not want or ask to be the Mockingjay.

It was her hidden strength that develops over time that gives the story its relatability. Fans want to know if she will somehow make it into the next book.

Which characters are expected to be in the prequel?

While fans might want to see Katniss again, Suzanne Collins has made it clear the new story is set 64 years before the first book start. The prequel is starting at the Reaping of the 10th Hunger Games.

Time reports, “With this book, I wanted to explore the state of nature, who we are, and what we perceive is required for our survival,” Collins said. “The reconstruction period ten years after the war, commonly referred to as the Dark Days — as the country of Panem struggles back to its feet — provides fertile ground for characters to grapple with these questions and thereby define their views of humanity.”

If this is the case, there are really only two characters we might expect to see in The Hunger Games prequel, Mags and possibly President Snow.

The new book will explore a familiar character’s past

Wisdom of the experienced; #District4's Mags has at least one ally in the Games. #CelebrateYourVictors

Mags was the victor of the 11th Hunger Games. She also volunteered as a tribute after Annie Cresta was called out during the Reaping. She was in her eighties at this time, which could be why fans love her so much.

It is also why Katniss wanted her as an ally during the 75th Quarter Quell Hunger Games. She was the oldest person in the games, and it’s possible we might see her in the prequel.

We may see President Snow in the prequel

Another character fans are wondering about is President Snow. Will he make an appearance in the new book? Some are saying that he will. Of course, the story will take place before he becomes President, just after District 13 abandons the rest of Panem.

If he does make it into Suzanne Collins prequel, it will be interesting to see what kind of person he is before the power sets in.

The newest installment of The Hunger Games is set for release in Summer 2020. For now, we will need to wait to find out what life was like in Panem after the first rebellion.