MOST Dream Team managers will be aware by now that our match ratings are provided by WhoScored.

To ensure total objectivity, no humans are involved in the divvying out of ratings and the precious Star Man awards as our providers use a clever, stats-based algorithm.

Logic therefore dictates that the Premier League players with the highest average ratings on WhoScored should be assets of note.

With that in mind, let’s review the current top ten in reverse order… 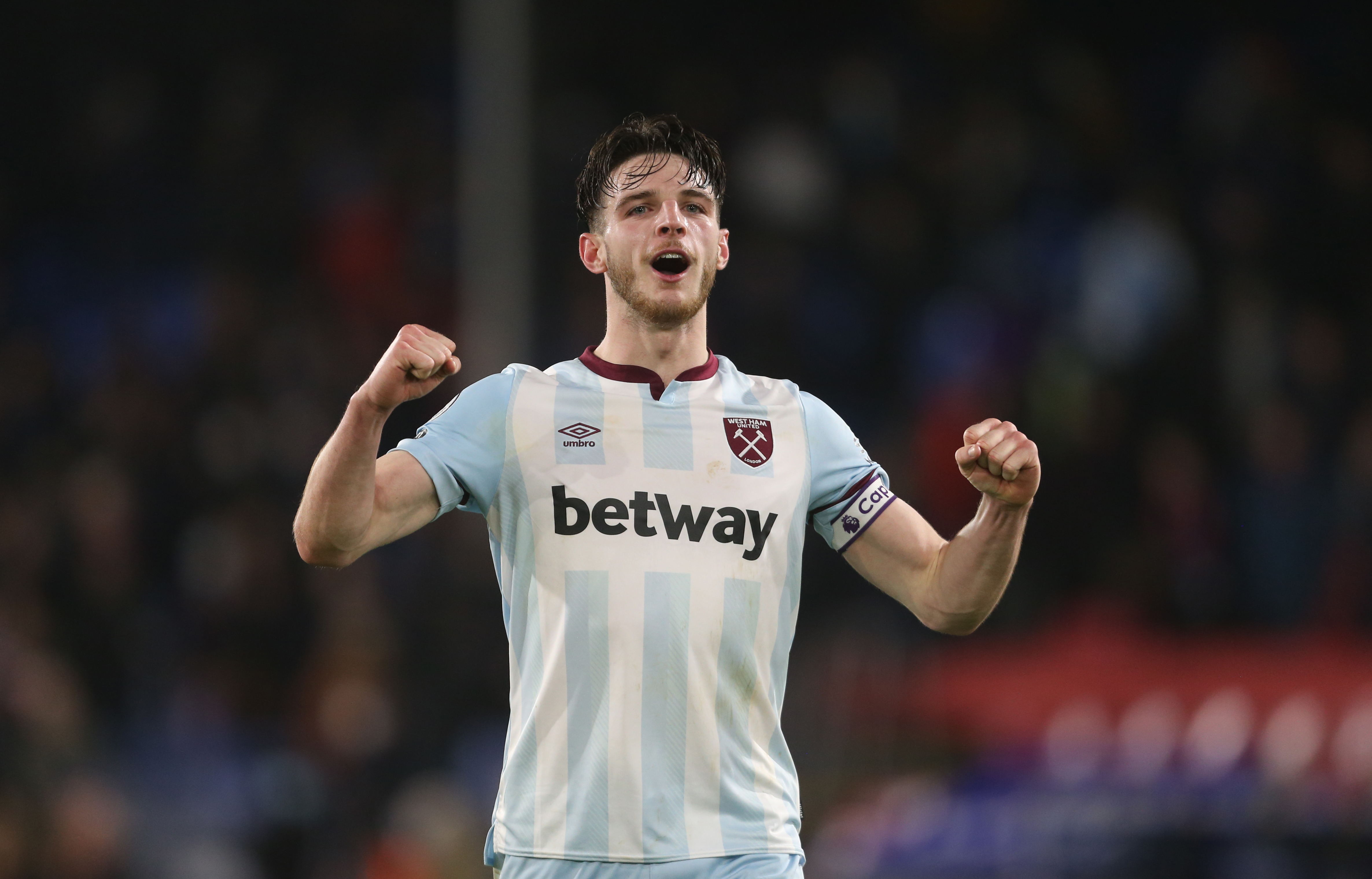 A notable theme of 2021/22 has been the various fanbases of the Premier League realising that West Ham’s 22-year-old midfielder is really rather good.

Rice is surging forward more often than ever this term while still racking up tackles and interceptions for fun – five goal involvements have helped top up his ratings.

For the first time in his career he’s actually worthy of consideration in the realm of Dream Team – at one point he was among the top ten midfielders in terms of points.

It’s worth noting that injuries, rotation and disciplinary issues have restricted Manchester City’s wonderkid to just ten league starts in 2021/22 so far.

It’s this relative lack of playing time that makes his tally of five goals and three assists all the more impressive – he’s averaging a goal involvement every 115 minutes in the top flight.

If Foden can maintain his fitness and avoid any more hand-slaps from Pep Guardiola, he should make hay while the sun shines in the second half of the campaign. 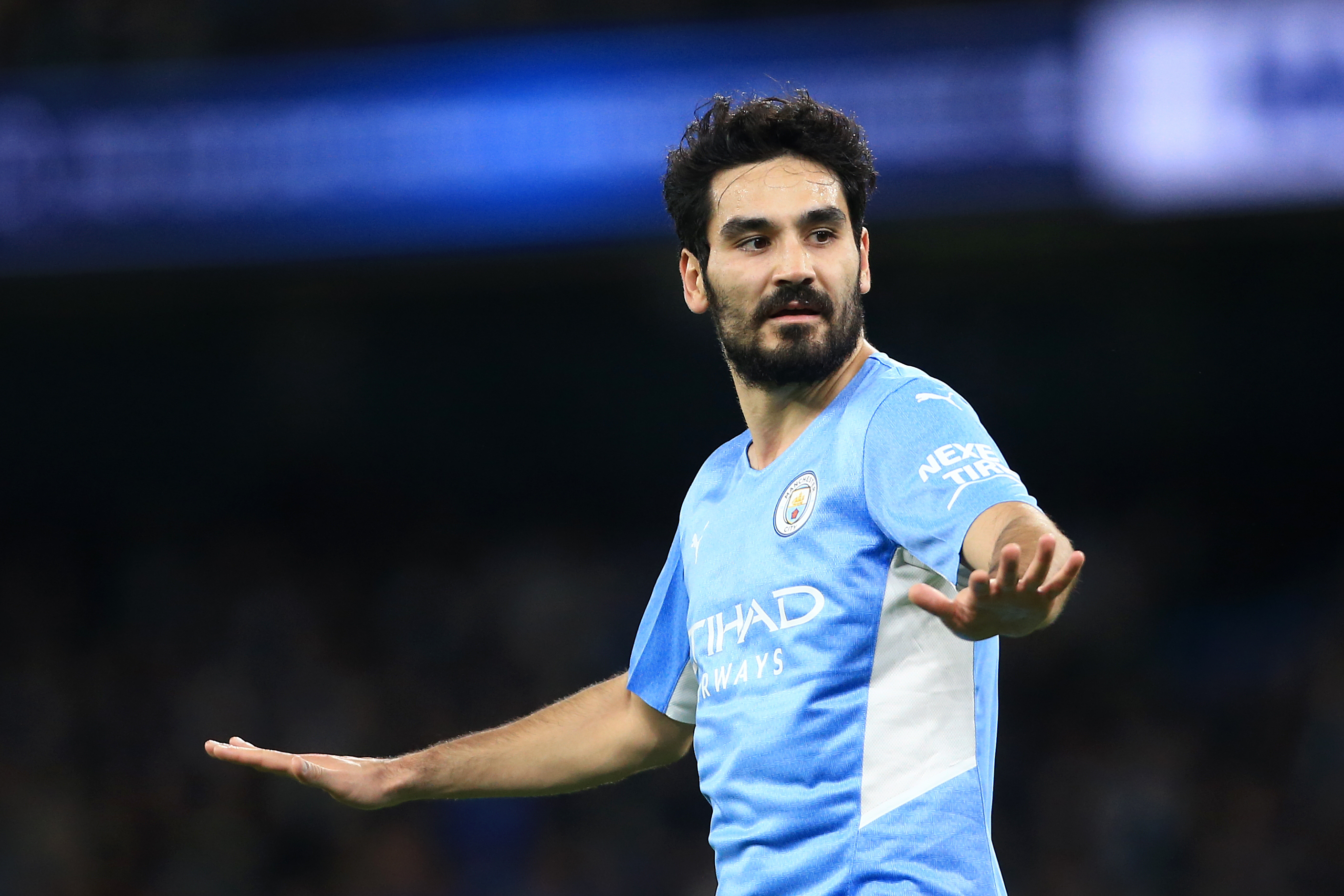 It’s probably worth noting at this stage that half the players on this list are Etihad residents.

City’s German passmaster has enhanced his reputation in the last 18 months having developed an almost Lampardian habit of arriving late in the box to connect with a pullback.

Gundogan spends much more time in the box these days and his goal tally has gone through the roof as a result – he was City’s top scorer in all competitions last season.

Four goals and three assists in just over 1,000 league minutes this term represents a continuation of his Indian summer.

Given that he’s a full-back by classification it’s quite remarkable that Man City’s No27 has taken more shots than any of his team-mates in the league this season.

In fact, only ten players in the entire league have registered more shots at this stage.

Cancelo may only have one goal to show for his 43 attempts but it just shows how often he ends up in shooting positions.

Gabriel Martinelli (£2.4m) showed the Portugal international can be got at when he’s asked to do the defensive side of the game but his effortless style in possession has set him apart from most his peers. 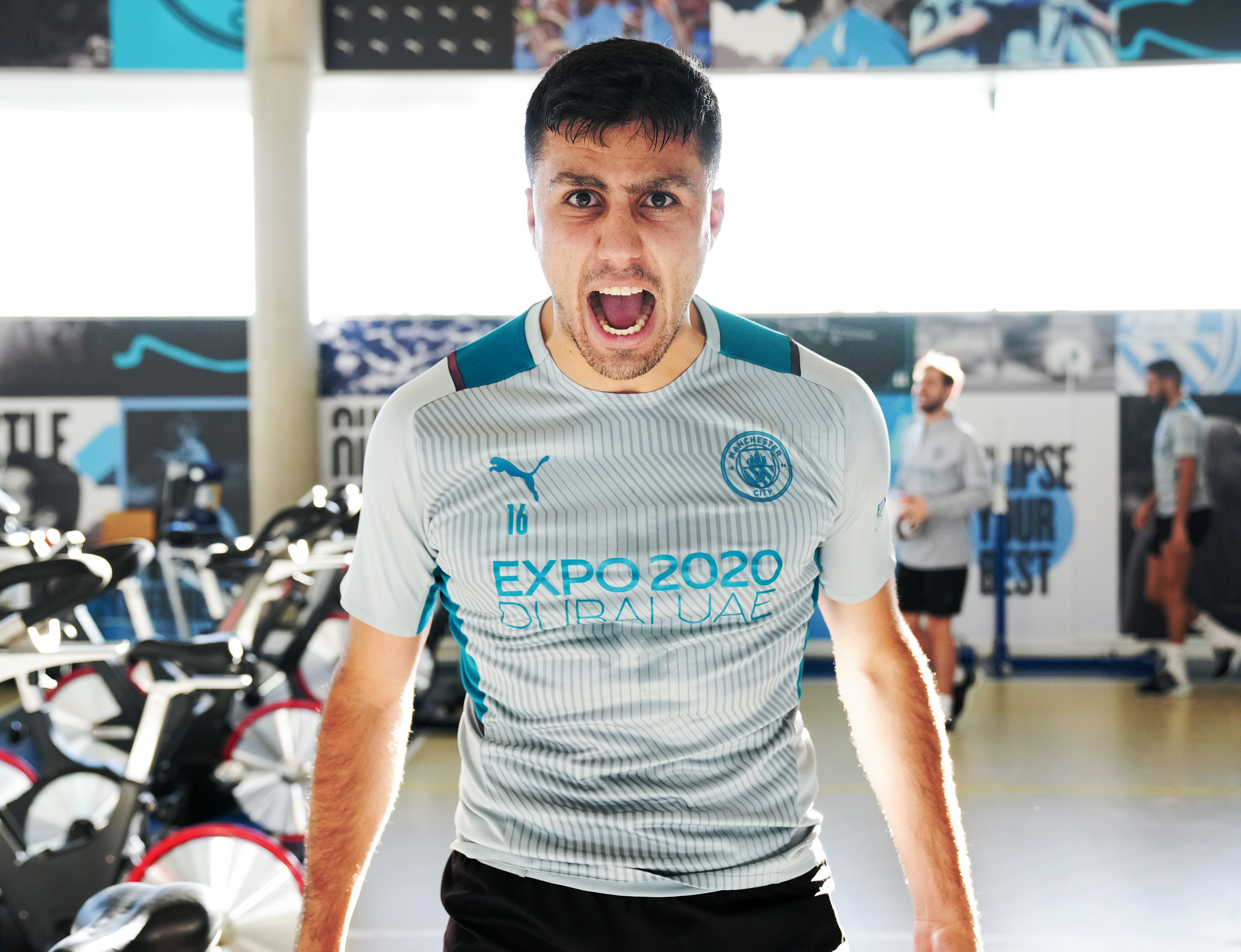 It’s becoming apparent why Man City are pulling away in the title race.

After two competent (if a tad underwhelming) seasons in English football, the Spaniard has shown his class in virtually every game in 2021/22.

Guardiola was still turning to the veteran Fernandinho (£2.2m) in key games as recently as May but Rodri has established himself as first-choice holding midfielder in recent months through consistent performances.

Reliable in defence and smart in possession, the 25-year-old is arguably the standout Prem player in his position this season.

A fairly significant injury lay-off has limited the Croatian to just 937 minutes of league football this campaign which is why his inclusion in this list may surprise non-Chelsea fans.

His trademark drives forward enabled him to reach five league assists by mid-October as he exhibited a keener eye for the final ball than previously shown.

Kovacic’s best moment of the season came just last weekend when he started Chelsea’s rally against Liverpool with a stunning volley.

Generally, his style is not one that translates to Dream Team success but he’s been a class act in recent times. 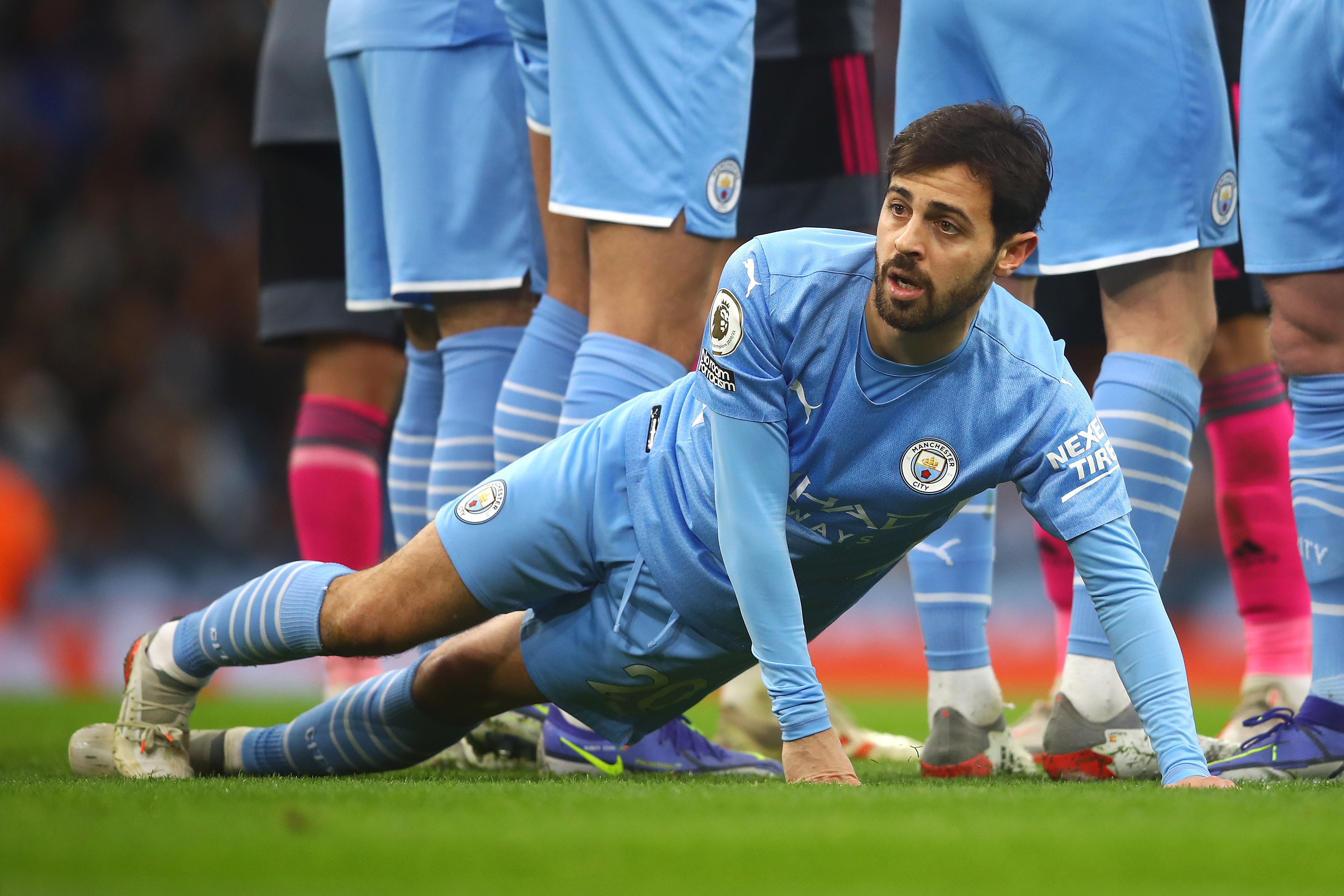 The fifth and final Man City representative on this list.

For a while the Portuguese playmaker was rivalling a certain somebody from Liverpool for the imaginary crown of ‘Player of the Year So Far’.

That talk may have died down but the fact remains Bernardo has produced several scintillating performances.

He’s already equalled his best-ever goal tally for a Premier League campaign and just one more goal will see him equal his career-best league total for a single season.

Having started at just £3.0m, Bernardo has been a gem for Dream Team bosses.

It says everything about Crystal Palace’s loan signing that he’s above Man City’s best players in this list.

After a solid yet relatively uneventful spell with West Brom, the Chelsea academy product has developed rapidly since joining up with the Eagles.

Gallagher has scored six goals and provided three assists but even those impressive stats don’t do justice to the influential nature of his performances for a much-approved Palace side under Patrick Vieira. 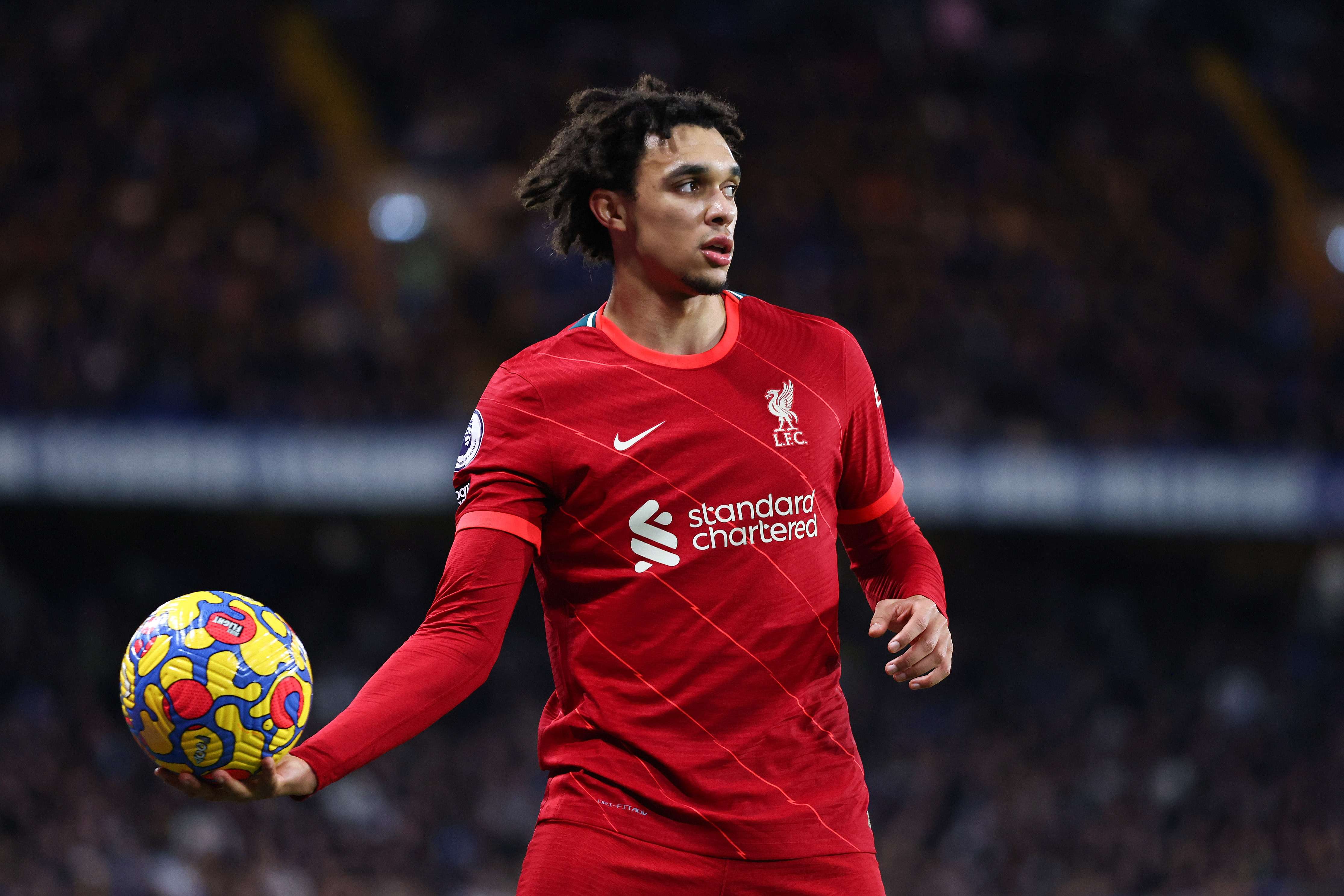 You’ll notice that’s quite a big jump in average rating.

9th-placed Foden is as close to Gallagher as the 21-year-old is to Liverpool’s homegrown hero.

Having endured a quiet spell for the first two thirds of last season, Alexander-Arnold has return with a vengeance and is once again producing creative output that puts most attacking midfielders to shame.

Nine assists puts him joint-top of that particular metric among all Prem players and he’s chipped in with a couple of goals to boot.

The Reds’ No66 is level with Cancelo on 141 Dream Team points and will surely overtake James while the Chelsea man is sidelined.

No prizes for guessing who is top of the pile, it’s the man who may well be the best player on the planet right now.

The Egyptian King would have had a great chance to break his own record for most goals in a 38-game Premier League campaign were it not for the Africa Cup of Nations.

Still, with 16 goals at this stage he’s in a bracket of his own and remains the overwhelming favourite to win a third Golden Boot come May despite AFCON.

Salah is also the man level with Alexander-Arnold on nine assists.

The prolific No11 has 233 Dream Team points to his name at a time when no other player has passed 150 – his dominance can not be underestimated.