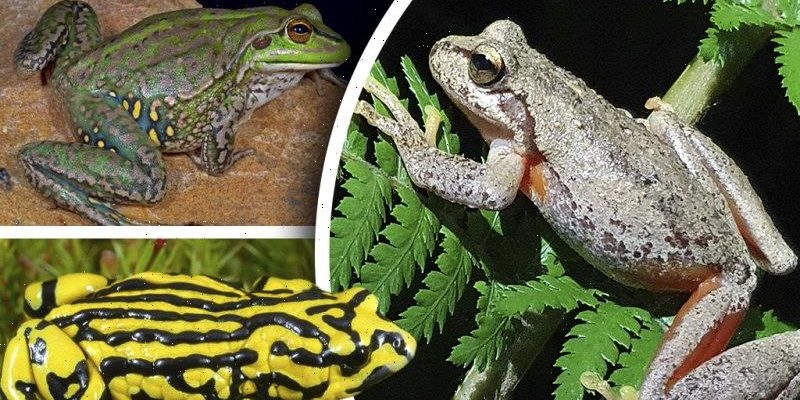 Have you heard of the northern gastric-brooding frog?

It wasn’t as well known as the enigmatic Tasmanian tiger, or the widely mourned Bramble Cay melomys, believed to be the first Australian mammal to become extinct as a result of climate change. 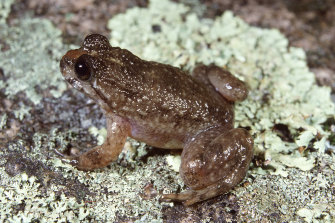 But, like them, this little ground-dwelling frog was an evolutionary marvel.

It was the only animal species – anywhere in the world – where the female swallowed fertilised embryos, hatched and grew the tadpoles in her stomach, and later regurgitated the baby froglets.

And now it’s on a new list of the 26 most threatened frogs in Australia, and is one of four frogs on that list that are likely to be already extinct.

Research published on Friday in the journal Pacific Conservation Biology raises the alarm about the future facing these frogs. It calls on the federal government to ensure they have refuge habitat and more captive breeding populations in zoos, which offer a buffer against the risk of extinction. 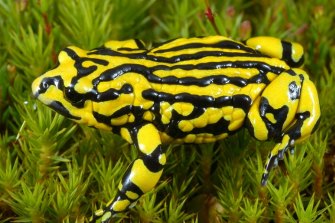 Dr Graeme Gillespie, a frog expert who works for the Northern Territory government, said many of these species were frogs with a tiny population and very restricted range, for example on the summit of one mountain.

For scientists who live and breathe biodiversity conservation, there is a sense of loss that accompanies any extinction beyond the ecological consequences, he said.

“These individual losses, though they might seem small, are part of an emerging, growing trend that is going to turn into a roar in the coming years with climate change.”

“We can’t do everything … but there are things we can do that intersect the extinction trajectory.”

The research was done by the Threatened Species Recovery Hub, part of the federal government’s national environmental science program.

The study found that as well as Queensland’s northern gastric-brooding frog, three other species are likely to already be extinct: the mountain mist frog, the northern tinker frog and the yellow-spotted tree frog from the Australian Alps.

Another four species are hanging on in the wild but are likely to be extinct by 2040 unless there is effective action to save them: the southern corroboree frog and Baw Baw frog in the Australian Alps, and the Kroombit tinker frog and armoured mist frog in Queensland.

NSW has nine species listed, including the tiny yellow-and-black-striped southern corroboree frog. Victoria has four species on the list, and of these the Baw Baw frog has the highest extinction risk. 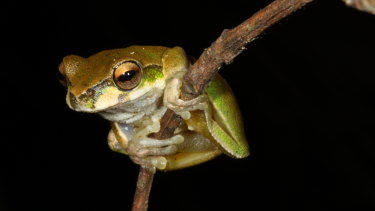 One of the main threats to Australian frogs is amphibian chytrid fungus disease – an infectious disease that has caused extinction and population declines in many frog species worldwide. This fungus attacks the skin, which frogs use to breathe, drink and control electrolytes important for their hearts to function.

Hayley Geyle, the study’s lead author and an ecologist at Charles Darwin University, said Australia has one of the worst records globally for recent fauna extinction.

“We urgently need more investment and resourcing so that we can prevent future extinction from happening. If we continue with business as usual we are going to lose a lot more species,” Ms Geyle said. 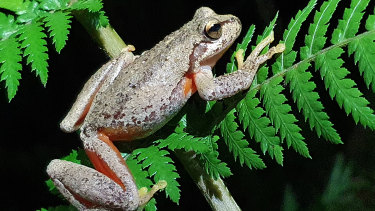 There have been recent reports of a large increase in the number of sick and dead frogs being found by people in eastern Australia, particularly in NSW.

Dr Gillespie said frog biologists did not know the cause, but it was likely to be a large outbreak of chytridiomycosis. It might also be a new disease, he said.

If you spot sick or dead frogs you can report them, with photos if possible, to the national citizen science project FrogID, run by the Australian Museum. 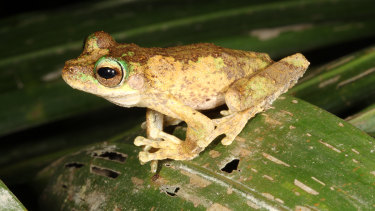