A TESCO shopper was left baffled by a best before date on a sachet of relish — as it appeared in an ancient format.

Matthew Stock tweeted the store giant for an explanation after spotting the stamp “BBE: 20140.” 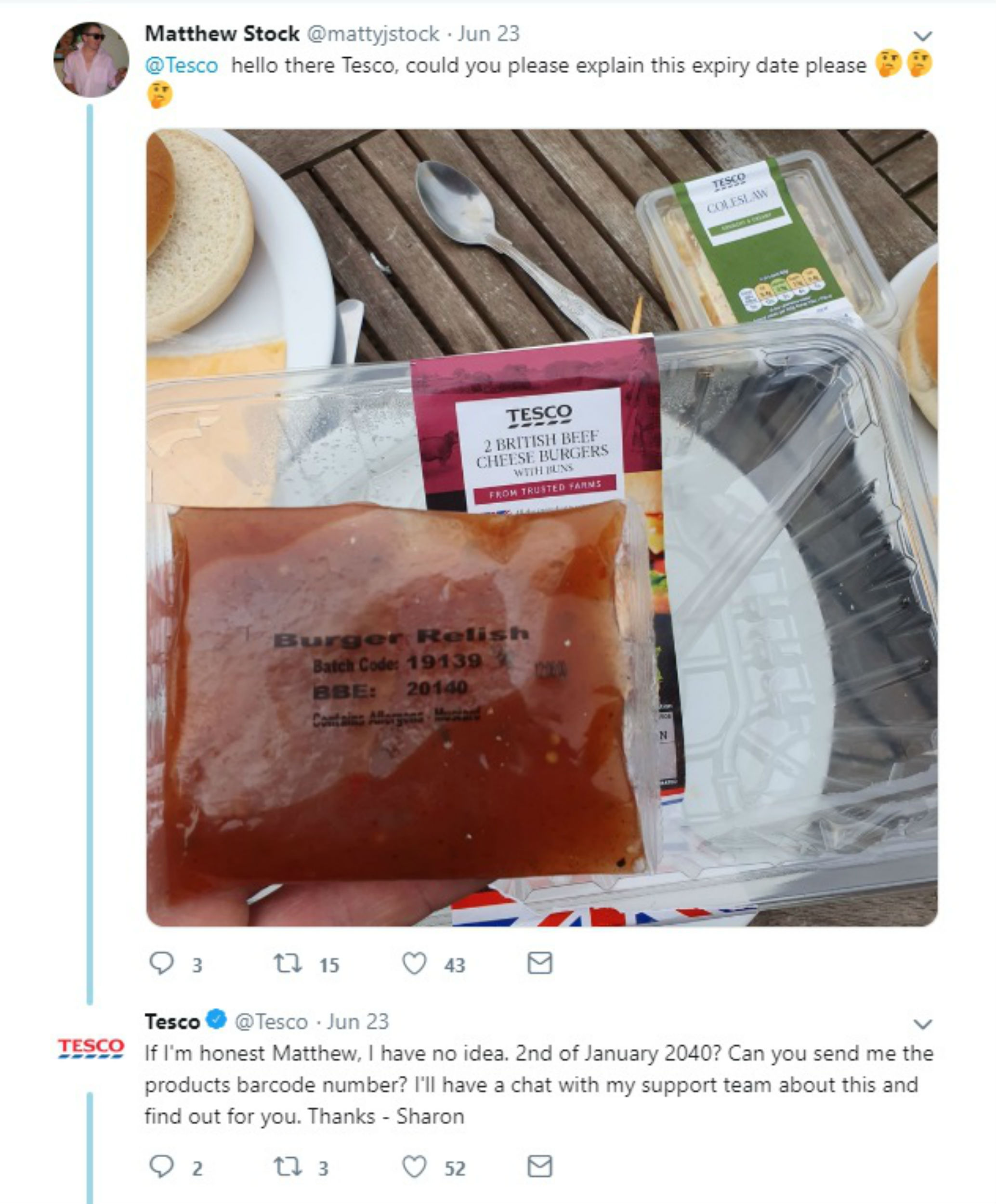 The supermarket initially could not explain the odd date before realising a supplier had stamped it in the Julian calendar.

The date on the sauce in the own-brand burgers translates as the 140th day of 2020 — May 20 in the Gregorian calendar.

The Julian calendar has not been used in most countries since the 1900s after it was first introduced by Roman Emperor Julius Caesar nearly 2000 years ago. 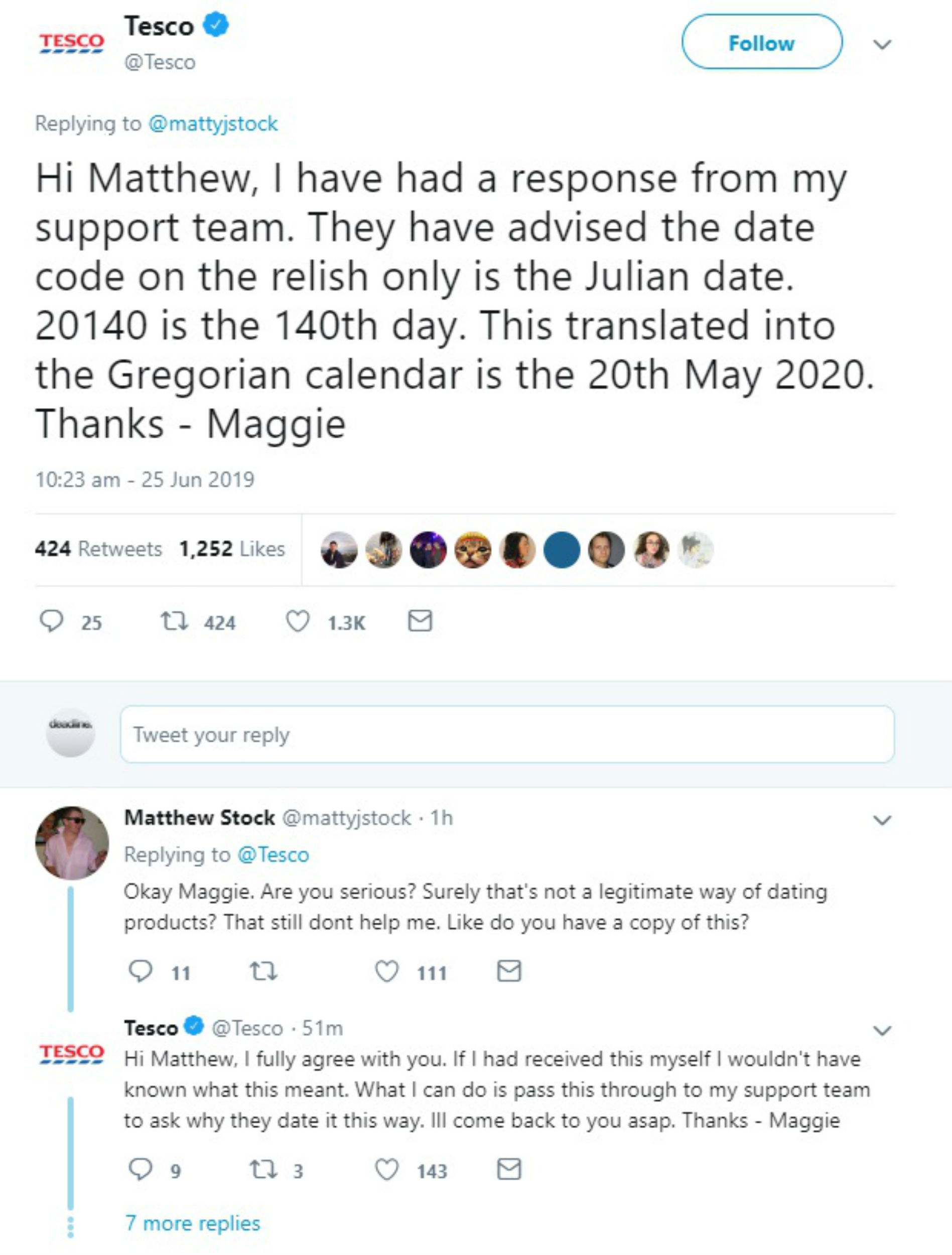 However it is still used by the Eastern Orthodox Church in southern and parts of Eastern Europe.

After the explanation, Matthew replied: “Are you serious? Surely that’s not a legitimate way of dating products?”

Tesco said its supplier uses the Julian date code for “internal traceability purposes”. The standard date was on the packing.