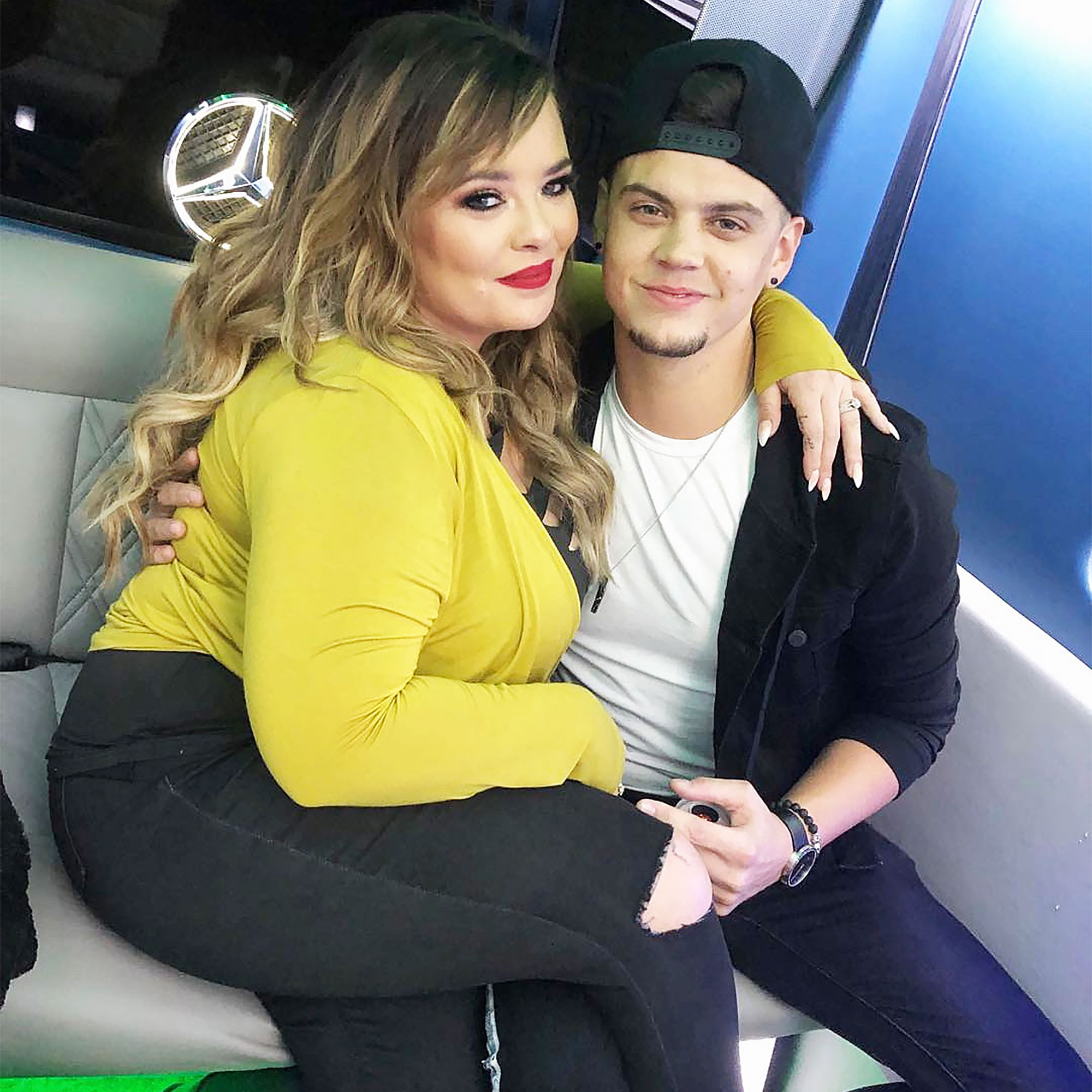 One big happy family! Catelynn Lowell and Tyler Baltierra shared the special name that they chose for their new bundle of joy after recently welcoming their daughter.

“Hint: it’s not what you think,” Lowell, 29, wrote via Instagram Stories on Thursday, September 2. She subsequently revealed via Celebuzz that the infant’s moniker is Rya Rose.

The duo announced the birth of their fourth child late last month with an adorable look at her first day out of the hospital.

“She’s home,” Baltierra, also 29, posted a pic showing his daughter’s hands via his Instagram Story with rose and heart emojis. He included a video of the newborn resting on a cushion and wrapped in a baby blanket.

The pair are also parents to daughters Novalee, 6, and Vaeda, 2. They previously gave their first child, Carly, 12, up for adoption, which was documented on MTV’s 16 and Pregnant in 2009. Six years later, the couple decided to tie the knot.

After welcoming their daughter Vaeda in 2019, Baltierra and Lowell opened up about how their approach to picking names for their little ones.

“Every time someone would say Tezlee, we would cringe! It just wasn’t sitting with us like it did at first,” she revealed exclusively to Us Weekly in March 2019. “Tyler told me about the name Vaeda and I fell in love with it! It’s from the movie My Girl, which is a movie that Tyler showed me years ago.”

At the time, the Michigan native reflected on his growing family, which he called his “inspiration for everything.”

“I love my family so much & there’s nothing I wouldn’t do for all of my girls! After this past year with our miscarriage, Cate’s mental health struggle, my dad & sister’s recovery, & my own mental health journey…I thought this pregnancy couldn’t have come at a more emotionally sensitive time for us,” he wrote via Instagram at the time. “But life isn’t about convenient timing & destiny works in mysterious ways. I’m just so blessed that Vaeda’s destiny was to be right here in her mother’s arms, next to her big sister, who’s wrapped in her daddy’s arms…it’s a feeling that’s unexplainable.”

Two years later, the twosome revealed that they had another girl on the way after suffering a miscarriage in November 2020.

“We have found out that we are going to be having a … drumroll please … another girl!” they told Celebuzz in February. “While we wanted a boy since this is our last, as long as she’s healthy though that’s really all that matters. This is our last and final, but we know one day we will have a grandson and adore him!”