A federal judge struck down a ban in Tampa, Florida, on conversion therapy Friday, arguing that the state, rather than local governments, is responsible for regulating the scientifically discredited practice.

The victory that U.S. District Judge William Jung handed the Christian evangelical legal advocacy group, which had challenged Tampa’s ban, came down to jurisdiction. The judge noted that the state of Florida already has comprehensive health care laws in place, while Tampa has never substantively tried to regulate medicine, psychotherapy or mental health treatment.

“The State, not localities, occupies this field,” Jung wrote in a 41-page ruling that prevents Tampa from enforcing the ban.

Tampa’s 2017 ordinance sought to prevent licensed therapists from counseling children with the goal of changing their gender expression or sexual orientation. Experts have said that the practice, also referred to as reparative therapy or sexual orientation change efforts (SOCE), is ineffective and potentially harmful for children.

Under the ordinance, Tampa therapists would have been fined $1,000 fine for a first offense of practicing conversion therapy and $5,000 for subsequent violations.

Jung argued that Florida’s legislature hasn’t given municipalities the authority to regulate health care. He added that there is nothing unique about Tampa that supports allowing statewide, uniform medical regulations to vary in the city.

“Substantive regulation of psychotherapy is a state, not a municipal concern,” Jung wrote.

But Florida’s Republican-controlled legislature doesn’t appear interested in taking on the issue. Statewide bills to ban conversion therapy have died without getting hearings, the Daily Beast reported, so activists are instead trying to push the ban in counties, cities and municipalities. 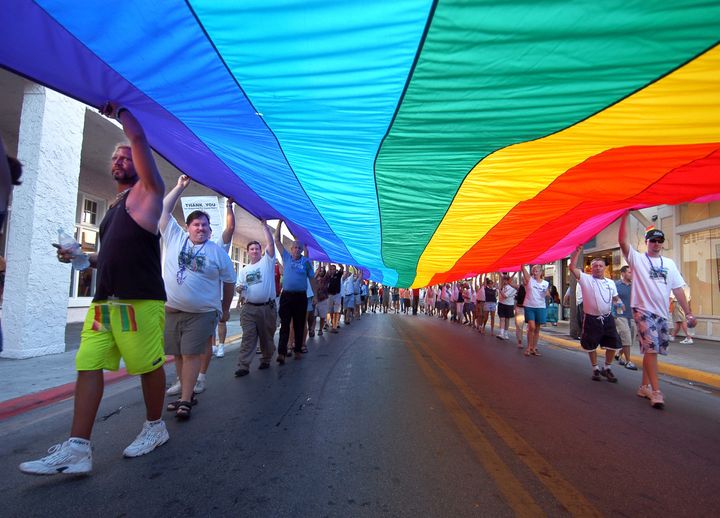 Jung was appointed by President Donald Trump in 2017. He was also tapped by President Barack Obama in 2016, but the Senate Judiciary Committee didn’t vote on his nomination.

Conversion therapy has been banned in at least 20 other Florida communities, in 18 U.S. states, in Washington, D.C., and in Puerto Rico.

The Liberty Counsel, a conservative Christian law firm based in Orlando, challenged the Tampa ordinance on behalf of Robert Vazzo, a marriage and family therapist who practices SOCE counseling, and New Hearts Outreach, a Christian ministry that refers people to SOCE therapists. Vazzo claims that his version of SOCE is harmless because it is a voluntary, non-aversive therapy delivered through conversations.

Judith Glassgold, director of professional affairs at the New Jersey Psychological Association, said that non-aversive conversion therapy can also be harmful, since patients report “suicidality, hopelessness, increase in depression and anxiety, through rejecting and inaccurate stereotypic information and interactions, as well as false promises of change.”

She also pointed out that Tampa’s ban applied to minors, which means it would be impossible for Vazzo’s child patients to give informed consent.

“Young children cannot understand what is happening to them,” Glassgold told HuffPost. “The judge did not address this very important issue and actually made a decision that ignored the government’s (at any level) obligation to protect children from harm, which is the crux of the law.”

In February, a federal magistrate judge recommended that Tampa’s ordinance be partially blocked because it violates therapists’ First Amendment rights to free speech. Jung did not discuss this point in his opinion, instead hinging the ruling on jurisdiction issues. The case could now head to an appellate court.

Liberty Counsel Chairman Mat Staver said that the ruling “dooms” similar bans in Florida and around the country.

“Regulating healthcare is above the pay grade of local municipalities,” Staver said in a statement. “This ruling also shows clearly why the other statewide laws will meet the same fate as Tampa. The First Amendment will wipe away every one of these speech-restrictive laws.”

Caroline Mala Corbin, an expert on the First Amendment’s speech and religion clauses at the University of Miami School of Law, said that Jung’s ruling isn’t binding on other district courts. She pointed out that earlier this year, the southern district of Florida had upheld Palm Beach County’s conversion therapy ban.

“Of course, courts could adopt [Jung’s] reasoning and strike down local bans on preemption grounds,” Corbin said. “But they could also ignore this decision, especially because it is based on one court’s interpretation of Florida law and the Florida Constitution.” 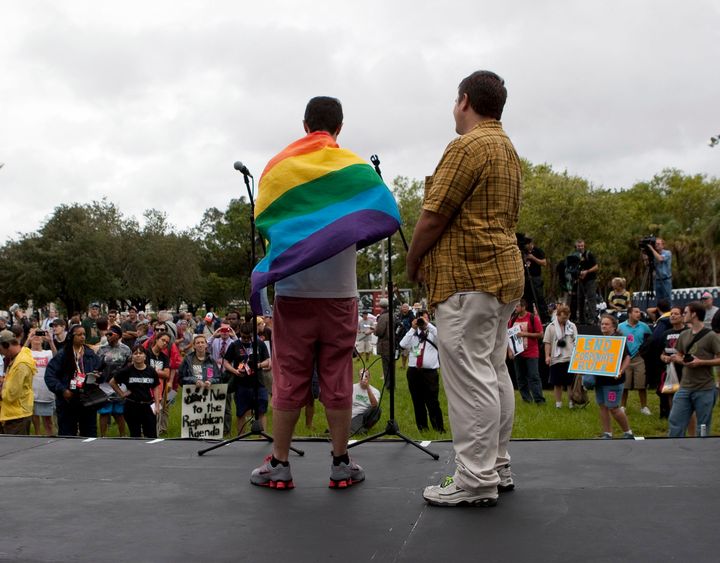 In his opinion, Jung spent some time citing reports that there wasn’t enough research on SOCE to definitively claim that this kind of therapy has a negative effect on minors. He referred to a 2009 American Psychological Association Task Force report, which he said concluded that “no study to date has demonstrated adequate scientific rigor to provide a clear picture of the prevalence or frequency of either beneficial or harmful SOCE outcomes.”

“The Report conclusively found that there is no evidence that conversion therapy is effective, so that it is pointless and harmful to offer this treatment to patients, especially minors,” Glassgold told HuffPost.

Glassgold said that studies have demonstrated that adults are harmed by conversion therapy of all types. Research on minors would be unethical to do because of this risk of harm, she added.

“The foundation ethical requirement for any healthcare practice, including mental health care practice, is ‘Do no harm,’” Glassgold said. “There is no need to even risk one case of harm.”

“Why would any therapist offer a treatment that is ineffective and potentially harmful?” she asked.