Swae Lee dropped a major bombshell about SremmLife 4 in an EXCLUSIVE interview with HL — there will be a collab with Lizzo!

It might have been the Ciroc Citrus, or the Miami heat, but Swae Lee didn’t hold back from dishing some exciting scoop about the highly-anticipated SremmLife 4 from Rae Sremmurd! “We’ve got a couple artists on there,” Swae admitted in an exclusive interview with HollywoodLife, while discussing his upcoming performance for Ciroc’s “Sounds Of Summer” in Miami. “One of the ones I’m most excited about… I hope Slim Jxmmi, don’t be mad at me… but we got a song with Lizzo. It is just super banging. Like, it’s Lizzo.” This is going to be so epic!

Swae added that the brother duo is “trying to save summer” with the release of the album that is in its “final steps.” “We’ve got just a couple more verses,” he told HL. “We’re trying to balance our life in the studio and just get it all mixed down, get some videos shot. But it’s a non-stop process, like every day we work.” 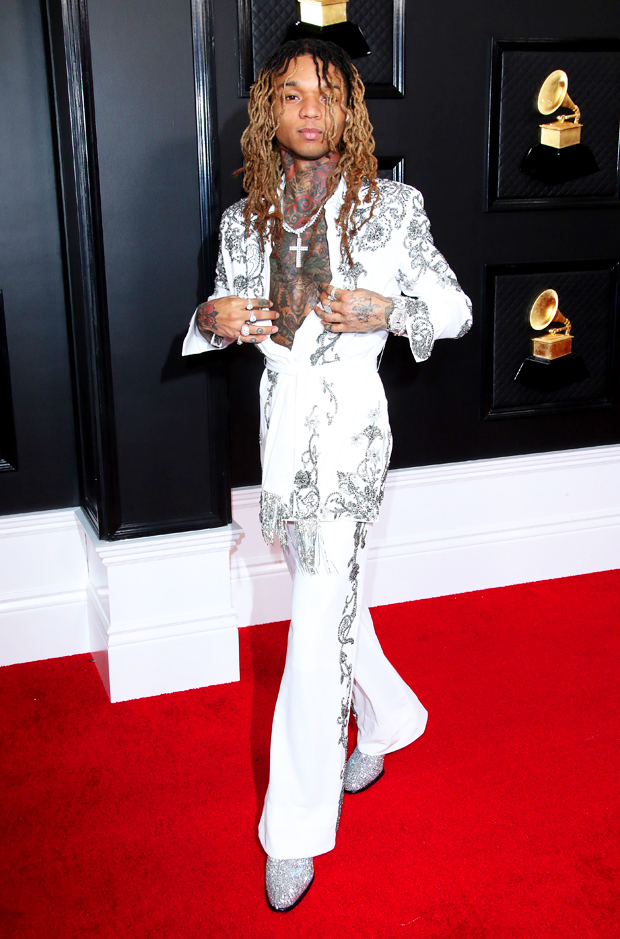 The “Be Like That” rapper continued, “As soon as we finish these videos, finish all the add-ins, get the mixes, we’re going to bless the summer.” Swae, who just went 12x Platinum for his collab with Post Malone, “Sunflower,” also opened up about performing as a solo artist versus alongside his brother in Rae Sremmurd. “I feel like just most of my legendary songs that I did with my band, and with my brother we just have a certain energy. We put out an up-tempo, fun show,” he explained. “When I do my solo show, it’s more melodic, and smooth, it just makes you feel good.”

After we long break from live performances due to the COVID pandemic, Swae Lee is ready to get back on the stage, as he was just announced as a performer for the upcoming Rolling Loud and Coachella festivals. However, before either of those, he will be taking over the Miami Waterfront this Saturday, June 5th, in partnership with CIROC and their “Sounds Of Summer” mobile experience. The pop-up performance will offer fans the chance to also experience a signature “Citrus Drip” CIROC flavor inspired by Swae Lee at Miami’s very own Mr. Kream all summer long!