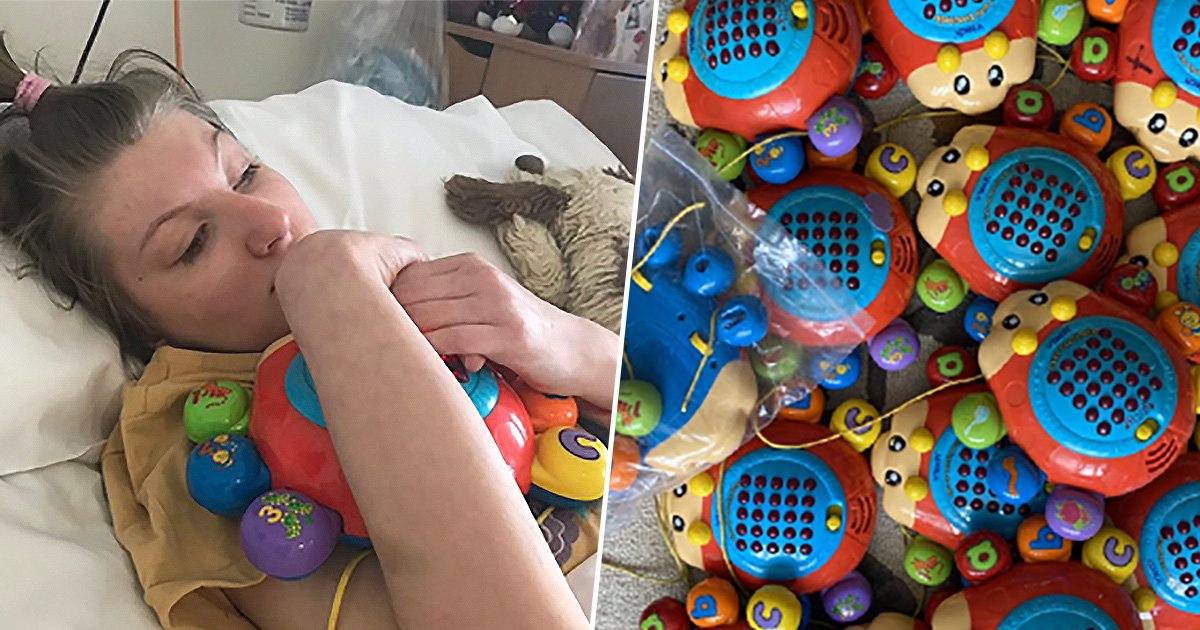 18-year-old Josie Wheel posted a message on Twitter asking for help to find a Vtech Light Up Learning Bug for her sister Rosie Wheel, 15. The company stopped selling the beloved toy nearly a decade ago.

Rosie, who has profound and multiple learning disabilities, has loved the toy since her second birthday, so her family stashed 15 of the toys away so they could replace them over the years. However, all the spare versions are now failing to work.

Social media users responded quickly, with Josie now estimating that as many as 30 of the toys may be on the way for her sister.

‘Rosie’s current working ladybug broke yesterday so in the efforts to fix one of our broken 15 we thought we’d give social media a go. We never expected the response to be so huge,’ says Josie.

‘I’ve had people from all over the globe messaging me which is completely insane. It’s really heartwarming that so many people are so determined to help, even though they know nothing about Rosie and out of the goodness of their heart they just want to help.

‘It is very overwhelming though because the notifications just won’t stop.’

Josie, who works as a special needs site co-ordinator, also said that plenty of people have come forward with new toys – or offers to fix the existing ones – after Rosie’s 15 ladybugs began to break because of over-use.

‘At the moment it’s looking at about 10 to 15 (replacements) but people are still coming forward so I’m presuming it’s going to be closer to 30, which will be amazing,’ says Josie.

‘We haven’t got hold of any yet. The first one is being collected tomorrow and many are starting to be sent out to people to then ship onto us.’

Josie said that her sister Rosie does not fully comprehend what these strangers have done for her, but she knows she will be very happy once she can see all the new toys.

‘Rosie will be set for a long time if we only get 10, so any more than that will keep us going for years,’ Josie adds.

‘She doesn’t completely understand everything that’s going on, due to her condition, but when she can physically see all of them she will be really excited.’

Lorraine Wheel, the girls’ mother, adds: ‘Josie and her sister have the strongest bond and Josie will do anything to make sure that Rosie is the happiest girl ever. I couldn’t be more proud of her.’

Do you have a heartwarming story to share? We want to hear from you.

Get in touch: [email protected]