She had claimed the biological mother and a person dressed as a police officer had taken him.

A woman has been arrested for evidence tampering after the search for her missing stepson turned up a body stuffed into a tote bag.

Following an anonymous tip on Tuesday night, Houston police descended on a motel in Jasper where they found the remains, believed to be that of missing six-year-old Samuel Olson.

Theresa Balboa, girlfriend of the boy’s father Dalton Olson, was arrested at the scene.

Balboa was the one who first reported Samuel missing on May 27 — but investigators believe he may have disappeared well before that. The last time he was seen by anyone not connected to the case was on his last day of school on April 30, more than a month ago.

She told police that the boy’s biological mother, Sarah Olson, had turned up at her house with a person dressed as a police officer, and demanded she hand him over.

Because she had no legal rights to the boy, she said she was forced to let him go with his mother and the officer, who both left in separate cars.

“She just pointed and said ‘That’s my son. She took him. Gimme my son back.’ That was it,” she told ABC13 in an interview Monday. “The rest of the conversation was between me and the officer… or what I was under the impression was a police officer” (from 6:16):

Olson denies this, and police have no record of sending an officer to the house. According to Houston Police Department Assistant Chief Heather Morris, investigators are confident Olson was at home on the day in question. 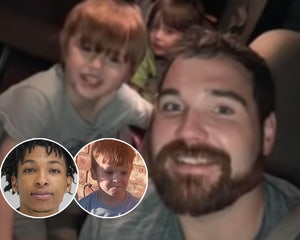 On Tuesday night she was taken into custody at the Best Western motel — more than 100 miles from where the boy went missing — on the evidence tampering charge. Additional charges will be presented “if appropriate”, Morris said.

Waiting for your permission to load the Facebook Video.

The body will not be officially identified until after an autopsy. Samuel would have turned six on Saturday.

Police would not yet say how the boy died, nor how long ago; but it is believed the remains had been at the motel for some time.

Assistant Chief Heather Morris said Samuel’s father is not a suspect in the case.

“I’m not going to say that the father is a person of interest… but he is definitely somebody that we can continue to talk to and get information from,” she specified.

She also revealed that at the time of her arrest, Balboa was out on bond for “assault with intent to impede breath”, for allegedly choking Dalton in a previous altercation.

Samuel’s mother claimed she hadn’t seen or had access to him since January 2020 — despite having primary custody — after her ex took him and never returned him. 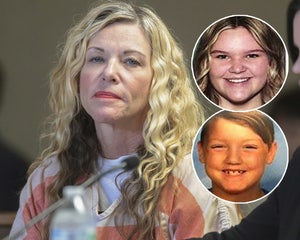