‘Star Trek: Discovery’s David Ajala spoke EXCLUSIVELY with HL about Booker’s profound encounter with his father, how it was a ‘catalyst’ for things to come, and more.

The sixth episode of Star Trek: Discovery season 4 was a monumental one for Cleveland Booker. After being hit by an energy surge, Booker began having visions of his father. HollywoodLife spoke EXCLUSIVELY with David Ajala about this intense episode that gave a lot of insight into Booker.

“It’s really interesting when you become familiar with the character on screen, you follow their journey. You get more insight from the character when you see how they relate to people who have been part of their upbringing or who’ve played a significant role in their life,” David told HollywoodLife. “When we get to meet Cleveland Booker’s father, that’s certainly the case. Though their relationship was definitely tumultuous and challenging on many, many levels, this episode for me represents a lot of healing for Cleveland Booker. If he’s going to have this encounter with his father, now’s actually the perfect time because he’s been forced to really look inwardly because of the terrible loss he’s experiencing and the grief that he is actively trying to work through. It feels like this is all part and parcel of his very specific journey of self-healing, and you can only embrace love and give love if you are healed properly or if you’re working towards healing.” 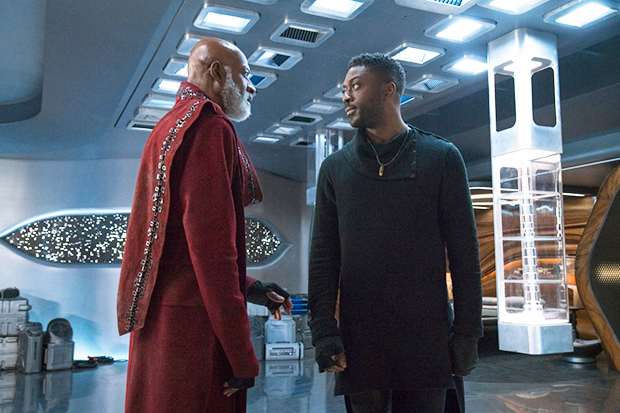 One of the most pivotal things that Booker’s father said to him about Burnham was, “Her agenda is not your agenda.” David revealed whether or not his father’s words will continue to echo in the episodes to come, especially when it comes to Booker and Burnham’s relationship.

“Yes, I think so. I think this episode and this specific experience is the catalyst for things to come,” the actor teased. “Cleveland Booker’s always been the master of his fate, captain of his own ship, and now he’s been forced into a situation where he has to rely on the expertise and support of Starfleet. He’s always been able to keep his autonomy, which has been very important to him. But now it’s challenged and it’s challenged even more so because his father would say, ‘Her agenda is not your agenda.’ That’s a massive call from your father, and I think he sews a seed of doubt maybe, and though Cleveland Booker has some of the decent kind of poker face, I feel that it troubles him a little more than it should. That makes him feel a bit uneasy.”

Throughout the season, the crew has been on a mission to find out more about the DMA. This threat is unlike anything the Star Trek: Discovery characters have faced before.

“What’s wonderful about the season is DMA does represent something. It represents the epitome of uncertainty and danger, all encompassed in Dark Matter Anomaly,” David said. “But in and amongst that, you have many various characters who are going through very different things, who are trying to navigate and understand life as well as trying to figure out this DMA thing. The DMA means different things to different people, and I think what’s so poignant about this threat is that it has gravely affected someone within the camp. That’s what’s different about this. You’re seeing Cleveland Booker, the rest of Starfleet Academy are seeing Cleveland Booker going through his grief, and they are trying to do the best they can to bring justice, healing, and understanding, as well as going through their own stuff and their own shit. So there’s a lot going at one time, and without giving anything away, every character in the season is going to have to dig very, very deep to push through, and even more so Michael Burnham and Cleveland Booker. Their relationship will get tested to the max.” 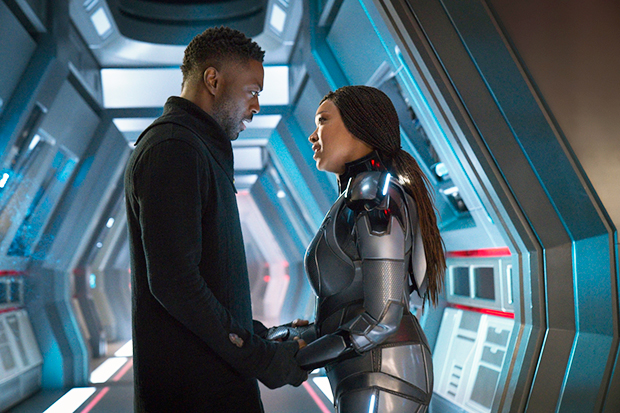 The season 4 finale will air in 2022. While David couldn’t reveal too much, he was able to drop this tease: “I love how in the finale, certain individuals — individuals plural — rise to the challenge to quote-unquote save the day. That is a beautiful thing to see and see the power of togetherness and working together. That’s wonderful to see, and then also how very great that victory can be. I’ll say that as well. Because it’s not a clear-cut victory. It’s very gray.” New episodes of Star Trek: Discovery premiere on Paramount+.