Stan Grant has joined ABC News as an international affairs analyst with a special focus on China.

The journalist, who has won three Walkley Awards and a Peabody Award, will provide stories and analysis for various ABC television and radio programs including 7.30, Four Corners and The World, as well as ABC Online. 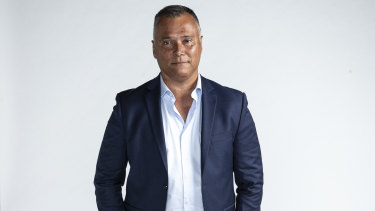 Last month, the ABC's Beijing correspondent Bill Birtles and The Australian Financial Review's Shanghai correspondent Mike Smith returned to Sydney after a diplomatic stand-off in which the pair were questioned separately by China's Ministry of State Security.

In February 2019, Sarah Ferguson was appointed ABC’s China bureau chief but is yet to receive a visa.

"The whole world is focused on China now; it's actually the defining story of our age," Grant said. "It's probably the thing that is most going to set the course of the 21st century: the emergence of an authoritarian superpower like China, which is on track to become the most powerful economy in the world and by some measures already is, set against what is seen as a weakening of democracy in the world and certainly a more damaged United States."

In a career spanning more than 30 years, Grant has reported from almost 70 countries – including four years in Hong Kong and almost seven years in Beijing – while working for Channel Seven, ABC, NITV, CNN and Al Jazeera. He also wrote and appeared in the award-winning 2019 documentary The Australian Dream, which examines Aboriginal identity and racism in modern Australia.

"What I like being able to do is connect the dots," Grant said. "We often look at international issues in isolation but they're very much connected. If you look at the shifting plates of geopolitics, coronavirus has accelerated and revealed a lot of the fragility and as that starts to settle, we're going to see a very different terrain.

"If you look at the two biggest powers of the world, China and the United States, one is our biggest trading partner and one is our greatest ally and strategic security partner – and Australia is right at the hingepoint of that."

ABC's news director Gaven Morris said the national broadcaster intends to increase its coverage of China despite not currently having any correspondents in the country.

"We're looking at all the different options to get journalists back in and reporting from Beijing again," Morris said. "What we really need to do is explain China much more thoroughly and that's [why Grant's role] is very much focused on context and analysis. We want to look not just at the day-to-day changes in the way China interacts with the world but to thoroughly explain what it means."

Grant said: "I don't think we've seen a period that is as unsettled as this; probably not since [early last century] when you consider World War I, the Spanish Flu, the great depression, the rise of facism and of course the drift to war in 1939.

"And when you look at this period, we've had unending crises for the past 20 years: the attack on the World Trade Centre that triggered the wars in Iraq and Afghanistan, the global financial crisis, the rise of China, the coronavirus pandemic and in the Indo-Pacific region, you've got the greatest number of nuclear-armed states in the world.

"As the prime minister said, we are living through a period now that is poorer, more disordered and more dangerous – and China is right at the centre of that."