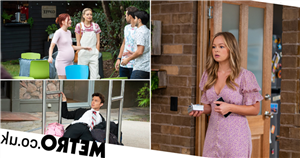 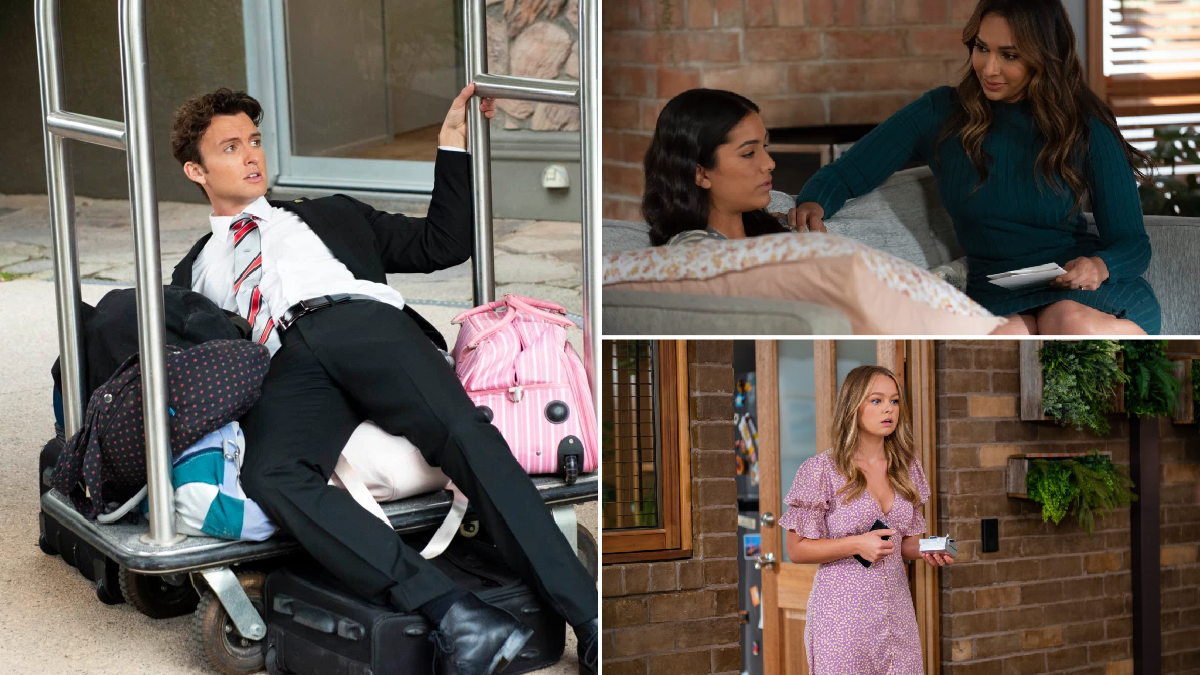 Trust is a huge issue in Neighbours this week, with Amy (Jacinta Stapleton) turning on Ned (Ben Hall), Chloe (April Rose Pengilly) betraying Nicolette (Charlotte Chimes), and a spy being discovered mid-operation. Can anyone rely on anyone anymore?!

Amy has had enough of Ned and is on to her next squeeze, although Ned doesn’t know it yet. How will he react when he finds out?

Chloe is on the verge of throwing her relationship down the toilet having had her head turned by Leo (Tim Kano). Nic is currently blissfully unaware, but someone else is about to find out and they issue a serious threat. Is Nic’s world about to come crashing down?

Poor Harlow (Jemma Donovan) is about to make a heartbreaking discovery when she learns the truth about Jesse’s (Cameron Robbie) double life.

And Yashvi (Olivia Junkeer) is set to make a lifechanging decision.

Here’s what’s ahead in Neighbours.

Ned is still into Amy, even if she is giving him the cold shoulder. He tries to win her over with flirty banter believing that he’s in with a chance, but she’s having none of it. Levi has now caught her eye and she’s ready for some new fun. She and Levi spend an innocent evening in front of a firepit, but things get heated in more ways than one and they end up getting it on.

Ned still doesn’t take the hint and tells Amy that now Yashvi is leaving, he’s free to get it on, but she cuts him down once again and tells him she’s got a new toy to play with in Levi. Gutted by the rejection, a reactionary Ned quits the Flamingo to go and nurse his ego full time. Single and penniless, what will he do next?

Hendrix is fuming at having been sacked for uncovering Leo’s plan and tries to tell Chloe, who unsurprisingly doesn’t believe him. Leo uses this to get even closer to Chloe and she can’t deny that there are some feelings bubbling up. The day of the baby shower arrives and guess who doesn’t show up? Leo and Chloe – leaving the family trying to guess where on Earth they could be. For Hendrix, this is confirmation of his suspicions. Hendrix voices his concerns to Mackenzie, who can’t keep them to herself.

Will she be believed instead? Chloe and Leo rock up fashionably late and Aaron takes his sister to one side for a chat. At breaking point, she confesses – she’s not happy in her relationship. Aaron is horrified, what will this mean for their future with Nic?

Secrets like Chloe’s don’t stay that way for long, especially with suspicious minds like Hendrix’s around. Overcome with emotion, Nic stands up at the baby shower and delivers a heartfelt speech thanking her wonderfully thoughtful girlfriend for all of her care and attention. Chloe is left in a puddle of guilt and confusion, suddenly conflicted about ending things. But while that’s going on Leo gives the game away by lovingly gazing at her like a Retriever at a tennis ball and David twigs that Hendrix has been right all along. He takes Leo to one side and threatens him – if he pursues Chloe, he can say goodbye to his family.

Paul and Leo team up for dodgy deal

The apple hasn’t fallen far from the tree when it comes to Leo and Paul. Leo apologises to his dad over their tete a tete at the vineyard and confesses he needs his help with a business matter – the kind of business that Paul is well versed in. Paul is intrigued and ready to help. It’s something underhand and is just the thing to get these two back in cahoots with each other. They toast their dodgy deal, but just what are they up to?

Roxy is suspicious of Jesse’s behaviour and decides to talk to Harlow about it. She shares her concerns and convinces Harlow to dig into Jesse’s life, and they discover a shocking secret. Jesse is a spy and he’s out to get Lassiters. They share the information with Paul, but his reaction is completely unexpected. He tells them he has a plan, but when he divulges the details, the two women are left shocked – he wants Harlow to keep up the pretence of their relationship so that they can feed him false information to bring down Quills. This is not how Harlow wants things to play out, but she’s willing to do what it takes.

Yashvi is finally well enough to return home following the horror crash, but something’s off. She’s lost her spark and makes a snap decision to quit the force. Dipi, Toadie and Levi fear this is just a knee-jerk reaction and try to convince her to stick at it.

But she’s adamant she needs a change, which results in Yashvi making a huge, life-changing decision.