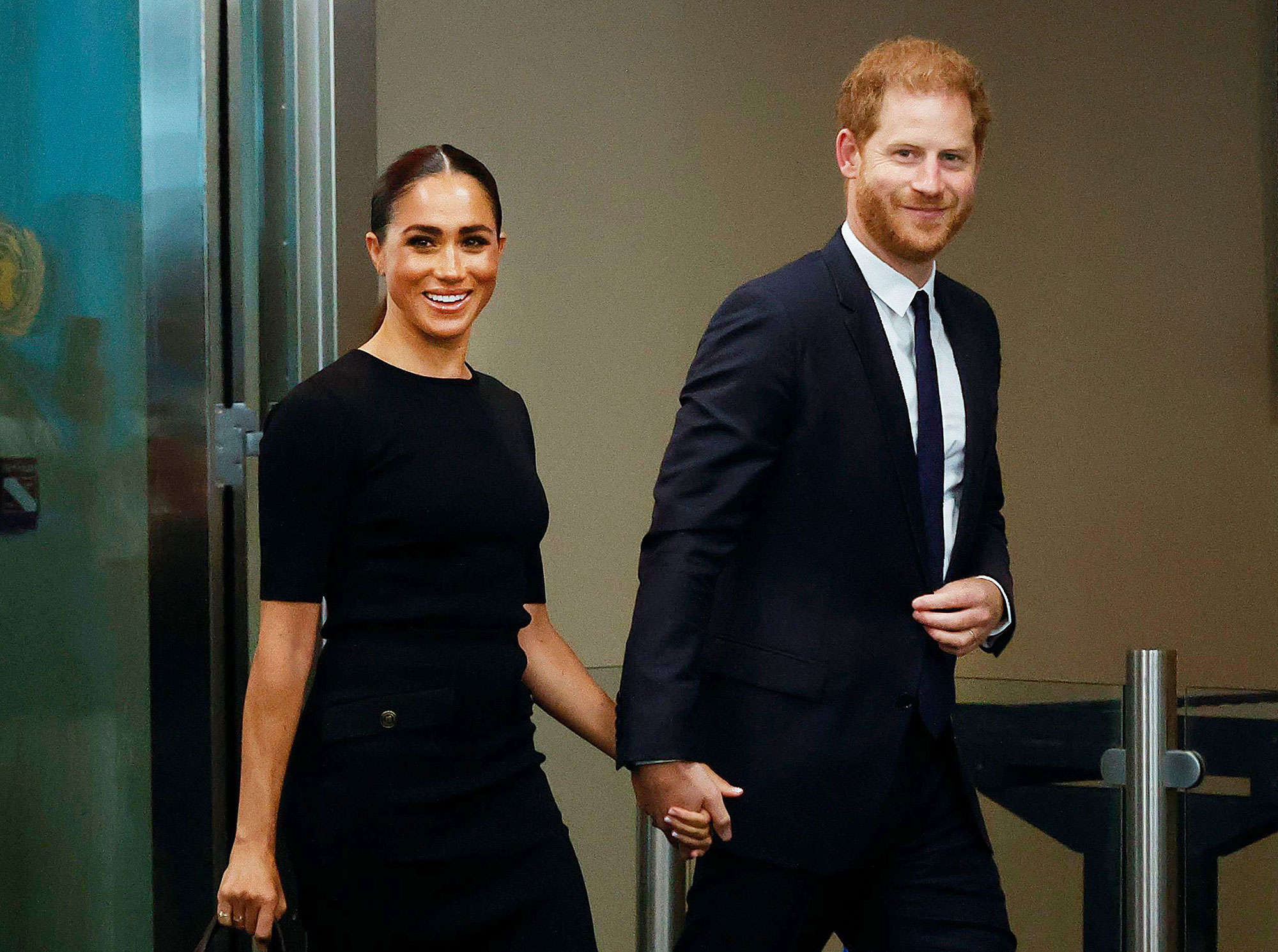 Royal surprise! Prince Harry and Meghan Markle sent a loving shout-out to Sir Elton John at one of his farewell concerts — and showed a rare display of affection in the process.

“Hi Elton, we just want to say congratulations,” the 41-year-old Suits alum said in their tribute, which was played before the 75-year-old Grammy winner’s performance at Dodger Stadium on Sunday, November 20. “And we are just so proud of you. We’re so grateful that we were able to see you on your farewell tour also.” 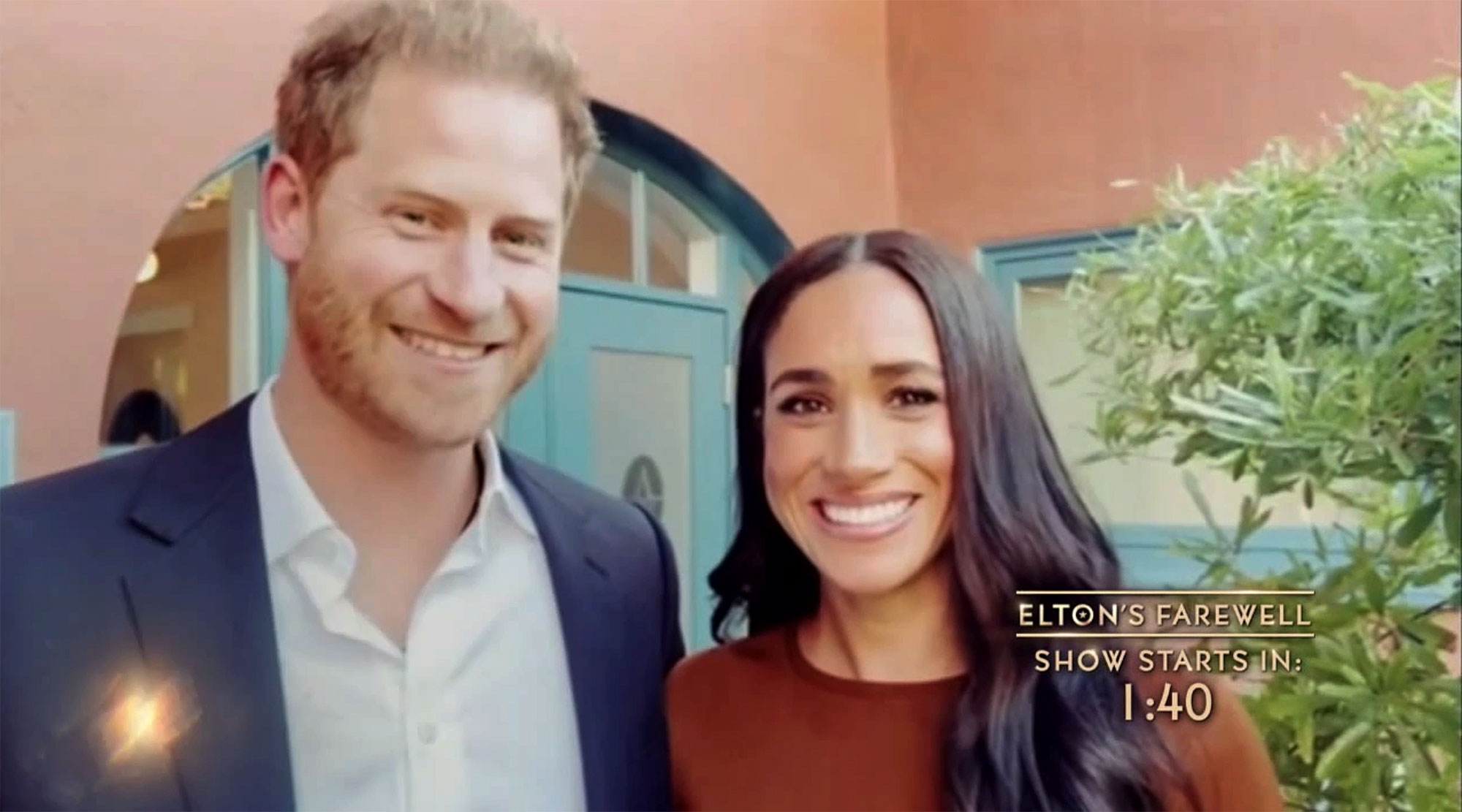 As the Sussexes signed off, Meghan sweetly rested her head on her husband’s shoulder.

His ‘Love Song’! Elton John and David Furnish Through the Years

The video aired as part of Disney+’s Countdown to Elton Live, which aired shortly before Elton John Live: Farewell From Dodger Stadium began streaming on Sunday night. The pre-show included interviews with the “Rocket Man” singer and his husband, David Furnish, and more of their famous pals — from Tony Bennett to President Joe Biden.

Harry and the California native have a lengthy history with John, who performed at the couple’s May 2018 royal wedding. The following year, the duke and duchess paid the musician a visit to his home in the South of France.

However, the Spare author and Meghan aren’t the only British royals whose inner circle includes John. As Harry mentioned in the couple’s clip, the “I’m Still Standing” crooner had a special bond with Diana before her death at age 36. He honored his friend with a special version of his song “Candle in the Wind” at her August 1997 funeral, calling the rewritten tune “Goodbye England’s Rose.” John vowed never to play the updated rendition again unless told otherwise by Harry or Prince William. 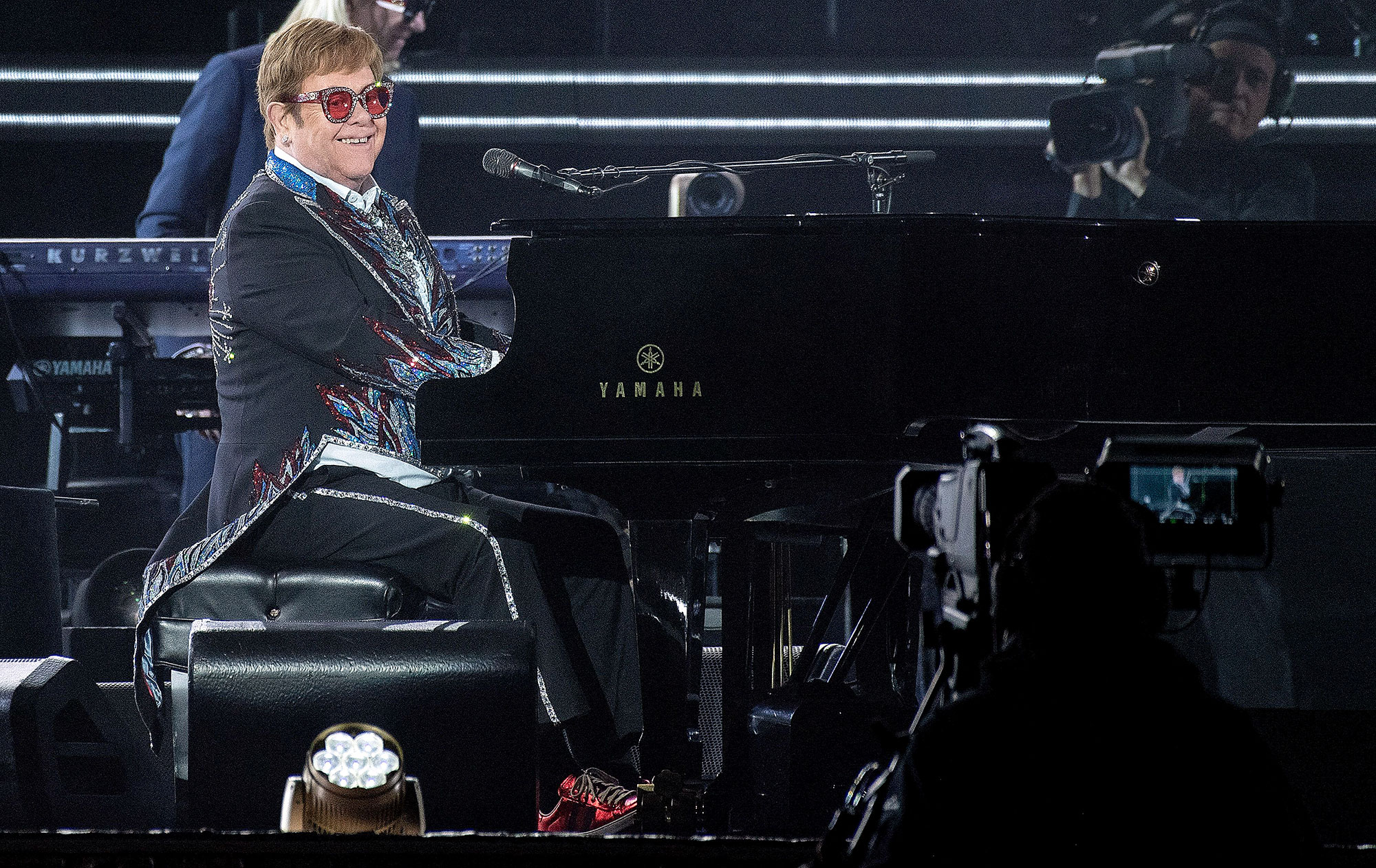 Earlier this year, the composer performed as part of Queen Elizabeth II‘s milestone Platinum Jubilee in June. The bash celebrated the late monarch’s historic 70 years on the throne just three months before she died on September 8.

John didn’t appear live at the Platinum Jubilee due to conflicts with his touring schedule. The “Your Song” artist has said he plans to retire after wrapping his Farewell Yellow Brick Road tour, which kicked off in 2018. Sunday’s concert in Los Angeles marked his last North American performance.

Furnish, who is also the U.K. native’s manager, recently opened up about what his husband’s retirement means for their future. The couple have been married since 2014 and share sons Zachary and Elijah.

“I think the most important thing, and the most significant thing for us, is what this means to our family,” Furnish told Billboard earlier this month. “Because as long as I’ve known Elton, he’s been on the road, doing 90 to 100 shows annually. It’s a big commitment. Time, travel, rest between shows. And now we have two beautiful sons; they’re going to be 12 and 10. And we were able to take them with us in the early days. And now they have their own lives. And that’s really important that they continue to have their own lives, their own identity, to not have their life defined by their father’s career.”