After teaming up with his friend and mentor Rick Ross the new song ‘Water Whip’N,’ Smoke Bulga shares how signing to Maybach Music Group means ‘full steam ahead’ with his career and why the best is yet to come.

Not many people can say they’re one of Rick Ross‘s friends. Even fewer can claim to be one of his protégés. For Smoke Bulga — the latest signee to Da Boss’s record label imprint, Maybach Music Group, and the first to join MMG in a while — he has the honor of being both. “Me and Ross maintained a relationship for a few years, man,” Smoke Bulga tells HollywoodLife during an EXCLUSIVE interview. “We’ve been buddies. We’d been friends for a while before we even tapped him with the music. Like we were doing different things [together] because we both have a love for fashion. You know, me and Ross, we just built a relationship of rapport over the years. And then everything just happened.”

That “everything” is Smoke signing to MMG, the multiplatinum label home to the likes of Meek Mill and Wale, and getting Ross to feature on his new single, “Water Whip’N.” The collaboration has introduced the Boston native to a new audience, and the partnership with MMG has already begun to take his career to the next level. “You know, they say everything’s timing,” Smoke tells HollywoodLife. “So even if it’s ten years, twenty years — for me, it just happened to be ten years when I had the opportunity. And once the opportunity presented itself, you know — I just went full steam ahead at it once Ross gave me a chance.”

Signing to MMG will open many doors for Smoke and get him more opportunities to work with artists that have influenced and impressed him over the years. However, when it comes to “dream collab,” he’s already got that down. “The dream collab for me with to happen was the rick ross feature,” he says. “It was like a dream come true for me.” But, with that said, Smoke named Meek, Wale as potential collaborators. “I just met Drake,” he said. “Anybody that was willing to work with me, I would work with them.” 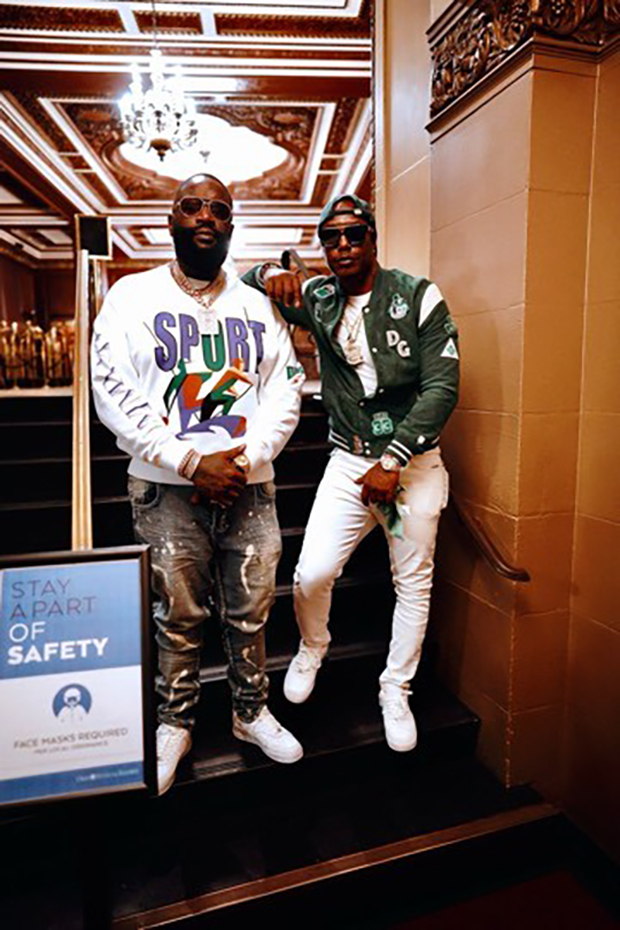 During the EXCLUSIVE interview, Smoke also touched upon learning at the feet of New Edition/Bell Biv DeVoe’s Michael Bivins and southern rap superstar David Banner. “Being from Boston…I personally had the pleasure of having a [working] relationship with Michael Bivins, where he took a liking to my talent early on– me being about 12, 13 years old. He also had me doing different work, preparing me for the [rap] game. I was doing like, a little bit of ghostwriting for the guys in New Edition, on the rap side.”

“That was like my first time ever getting an industry check as a teenager. So that was really major for me at the time, to be able to work with one of those guys in New Edition. I looked up at them for years. I always looked up to them. I loved their music. And, them being the Icons from Boston, man. It was just magic.” 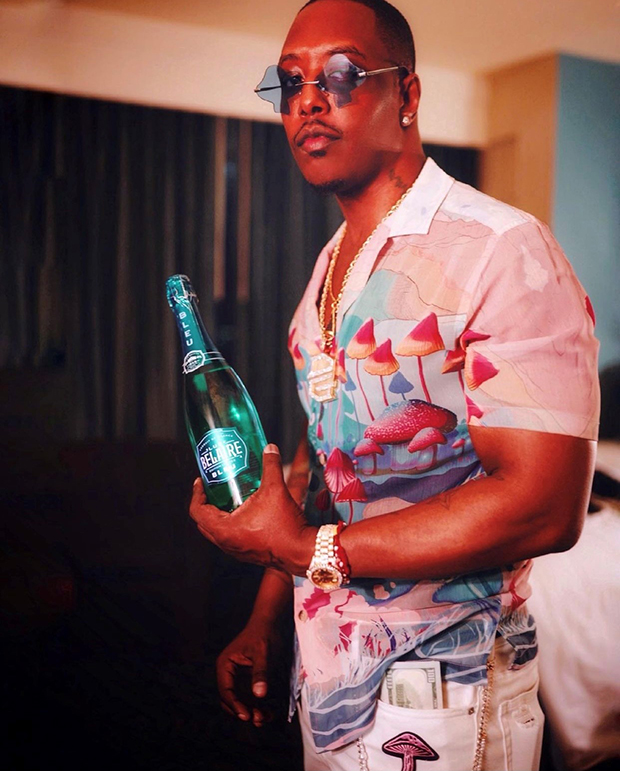 “And David Banner?” Smoke continues. “David Banner was someone else that I met in my teenage years. … And I learned independence from David Banner. When I met David Banner, he was on a tour bus. He had all of his studio [equipment] with him — he had his production equipment with him. And he was just so self-reliant.” David taught Smoke that you need to be “independent, even when you’re on a major label,” that you need to retain the “independent mind frame.”

“Because a lot of artists, I feel like once they get to the major level, and they get signed to a major deal, they think that it’s all up to the label to do everything for them,” says Smoke. “But it’s not. You still have to be independent and willing to work and put boots on the ground. You know, and that’s the difference between the artists that’s successful and not successful.”

In the above interview with HollywoodLife, Smoke Bulga lays out his plans to be successful in the following year, his experiences in the rap scene in Boston, and which artists you should be keeping your eye on in 2022.