THE Consumer Crew are here to solve your problems.

Mel Hunter will take on readers’ consumer issues, Jane Hamilton will give you the best advice for buying your dream home, and Judge Rinder will tackle your legal woes.

WITH parents having until October 31 to choose primaries and secondaries for the 2022 school year, the big home-moving frenzy is on.

Each year tens of thousands of families relocate to a new catchment area in a bid to secure the school they want.

Sam Mitchell, CEO of online estate agent Strike, says: “Choosing a home and a school are two big decisions that are often linked for parents, but neither is an easy decision.”

Sam shares his tips on getting it right . . . 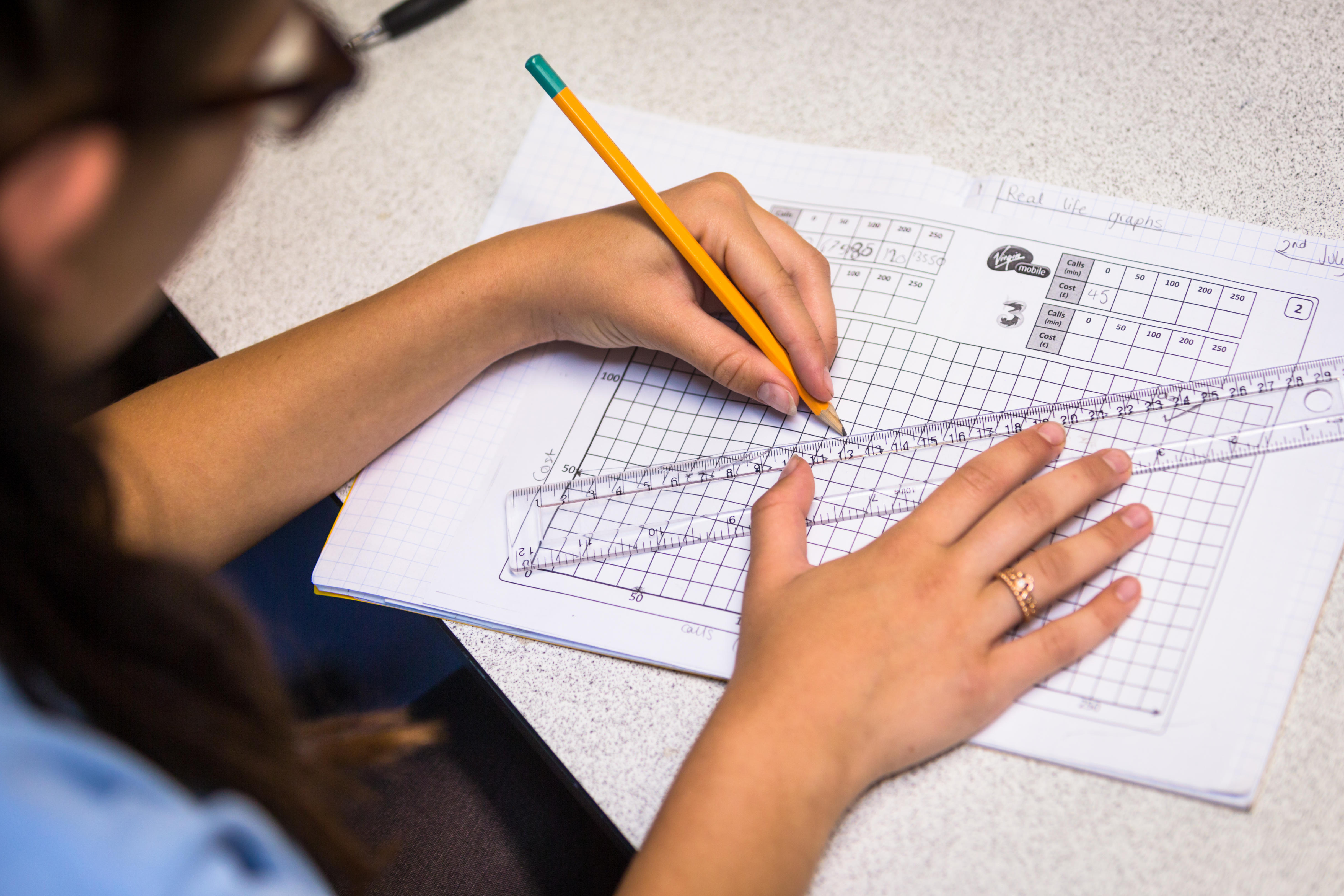 Room with a (school) view

Buy of the week 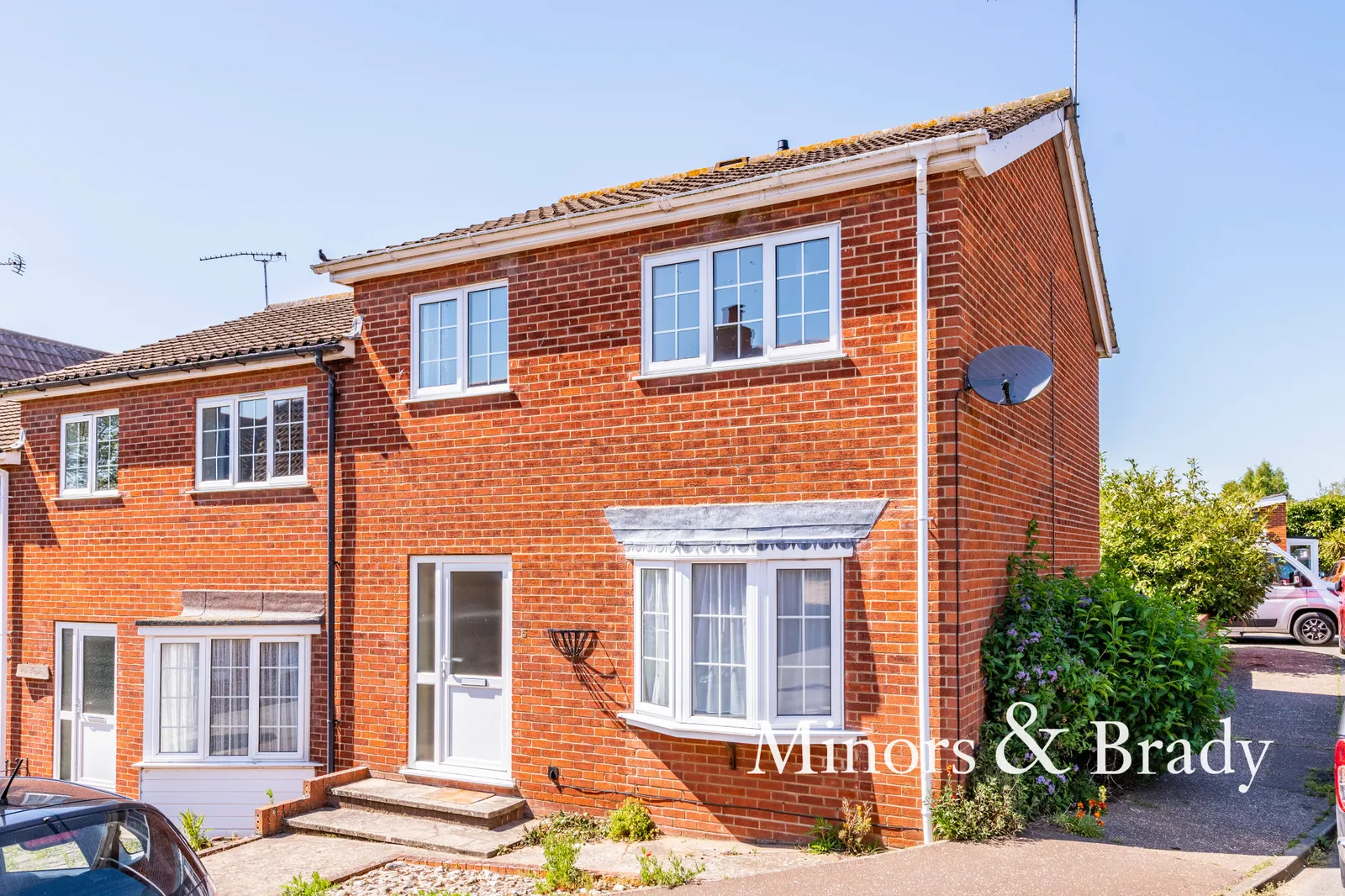 PICTURESQUE Norfolk waterway Cockshoot Dyke has been banned by Facebook because it sounds a bit rude.

But this three-bed end-of-terrace in nearby naughtily named Horning may arouse your interest at £280,000. See zoopla.co.uk/for-sale/details/58796331.

LOOKING for a breath of fresh air in your interiors? Then paint on Bright Skies.

Dulux says its light blue-grey shade is “signalling a desire for a fresh start and a wave of hope and optimism”.

It’s the perfect mood-boosting hue for small spaces such as tiny rooms and alcoves.

Dulux has named Bright Skies its colour of the year for 2022.

Deal of the week 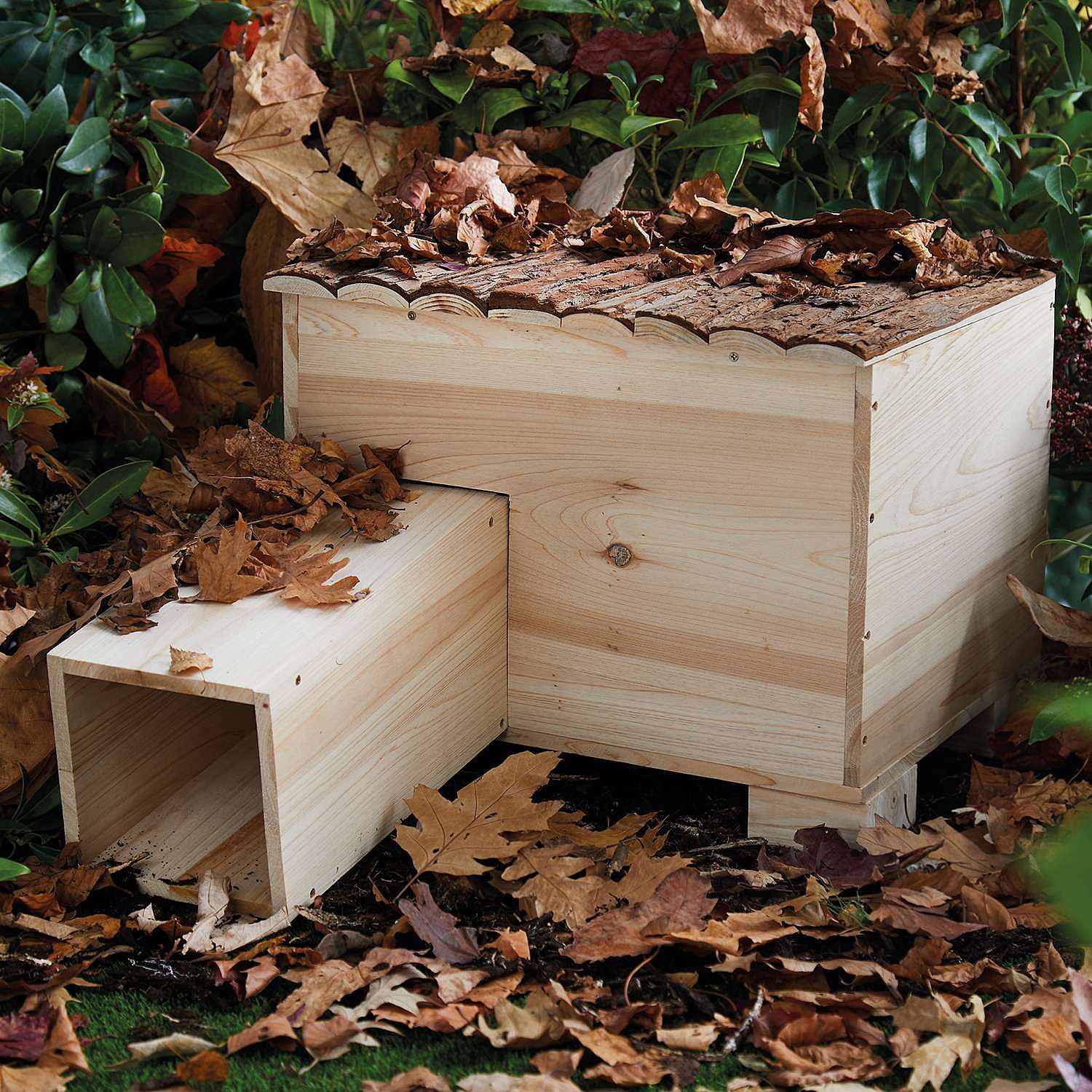 This sturdy model is £29.99 at coopersofstortford.co.uk.

SAVE: £5 on similar styles elsewhere

Q) AFTER working in a cafe for three years, my son decided to move away and gave his employers two months’ notice.

On the day he finished, his workmates came round to his house with going-away presents for him.

They also told him they had all had pay rises six weeks earlier. My son never got one because he handed in his notice.

Is it legal for the bosses to do that? Or should he have got the pay rise as well?

A) Although it is extremely unfair that your son’s friends all received pay rises, the owners of this cafe were, it seems to me, not under a legal obligation to increase your son’s hourly rate once he had told them he intended to leave and a notice period had been agreed.

That’s not necessarily the end of the matter though. Your son may be able to argue that he has been unlawfully discriminated against by being paid a smaller amount for the same work as his friends.

This sort of claim is a very important case to bring against an employer, as people should, in principle, be paid the same rate for the same work (regardless of gender or race).

I do not think your son is going to get terribly far, by the sound of it, but he should nevertheless, get in touch with the Free Representation Unit as quickly as possible.

Q) IN 2019 my family booked a villa in Spain, for us all to enjoy my wife’s 65th birthday in the summer of 2020. We booked flights separately.

When the pandemic hit, the airline cancelled the flight. My daughter advised the villa company that we would rebook for the following year.

We paid extra money, as dates were slightly different. We should have gone in May this year but airline Jet2 cancelled our flights due to the Covid traffic-light system.

We have claimed the air fare back, which the airline has refunded.

We also requested a refund for the villa but have been refused. This is more than £5,000. Is there anything we can do to get our money back?

A) This will depend on whether the villa company is based in the UK or not.

Assuming it is, UK law will apply, which isn’t as helpful as it should be.

Whether you are entitled to a full refund on a villa under the traffic light system is still something of a grey area legally.

It seems to me, however, that unless you signed a new rental contract when you postponed the holiday the first time round (I doubt you did), then the original terms and conditions you agreed to should still apply.

Check them carefully as they may specify that you are entitled to a refund in circumstances that make it impossible to travel.

Write to the villa company reminding it that the original contract applies.

If it refuses to refund you, you may also be able to claim on your travel insurance. Either way, be tough and stick to your guns if you want to get your money back.

Q) PART of my kitchen ceiling fell down but my insurance company has rejected my claim, saying it does not cover lattice ceilings.

This is despite having a premium with the company and no claims with any firm for more than 20 years.

The firm knew the age of the property and that plasterboard ceilings were not used on properties over 100 years old. I can find no such exclusion in my policy. What should I do?

A) As your insurer made no mention of this exclusion, I do not understand the basis upon which it rejected your claim.

I cannot think of any other reason you might have been legally obliged to tell them you had a lattice ceiling.

Write to the head of the claims department asking them to identify the wording in the policy that means you are not covered.

Depending on the outcome, I would take this matter to the Financial Ombudsman, as you have a strong case.

Q) IN August last year I ordered a new bathroom from Wickes, paying more than £4,800 for the goods as well as installation.

The bathroom furniture was delivered and I was given two dates for the work to be carried out in October 2020, but this didn’t happen

Unbelievably from such a big company, I was only offered one installer and the next dates he could give me were in January or February.

This was totally unacceptable so at the end of October I cancelled and asked for a full refund.

The goods were finally picked up in July, but I haven’t had a refund for them, or for the ­installation.

A) You had splashed out on the bathroom as a treat to yourself after years of working hard, but your spirits were soon dampened by the poor customer service you experienced.

You had paid more than £3,000 for installation, but Wickes was making you wait up to six months for that to happen. Even with the pandemic, that was unacceptable.

Once you had cancelled, the store even took nine months to take the items away. But still it did not refund your hard-earned cash.

I asked Wickes to give me its version of events and a spokesperson told me that the original ­installation date was postponed due to the installer testing positive for Covid.

They added: “Unfortunately alternative dates were not suitable. We recognise that the customer’s cancellation was not dealt with as quickly and efficiently as normal and have raised this with our teams internally to avoid similar situations in the future.”

I finally managed to get your money back, so you can pull the plug on this poor bathroom experience.

Q) WE booked four flights through Lastminute.com to fly with Wizz Air, to Tenerife in the summer of 2020, costing around £1,000.

We were sent an email by Lastminute to say our flights had been cancelled and it was waiting on the airline for refunds.

In February this year Lastminute sent us a further email saying Wizz Air would be refunding us and if we were unhappy we should get in touch with the airline.

But it was impossible to contact Wizz Air and we since haven’t heard anything from either. 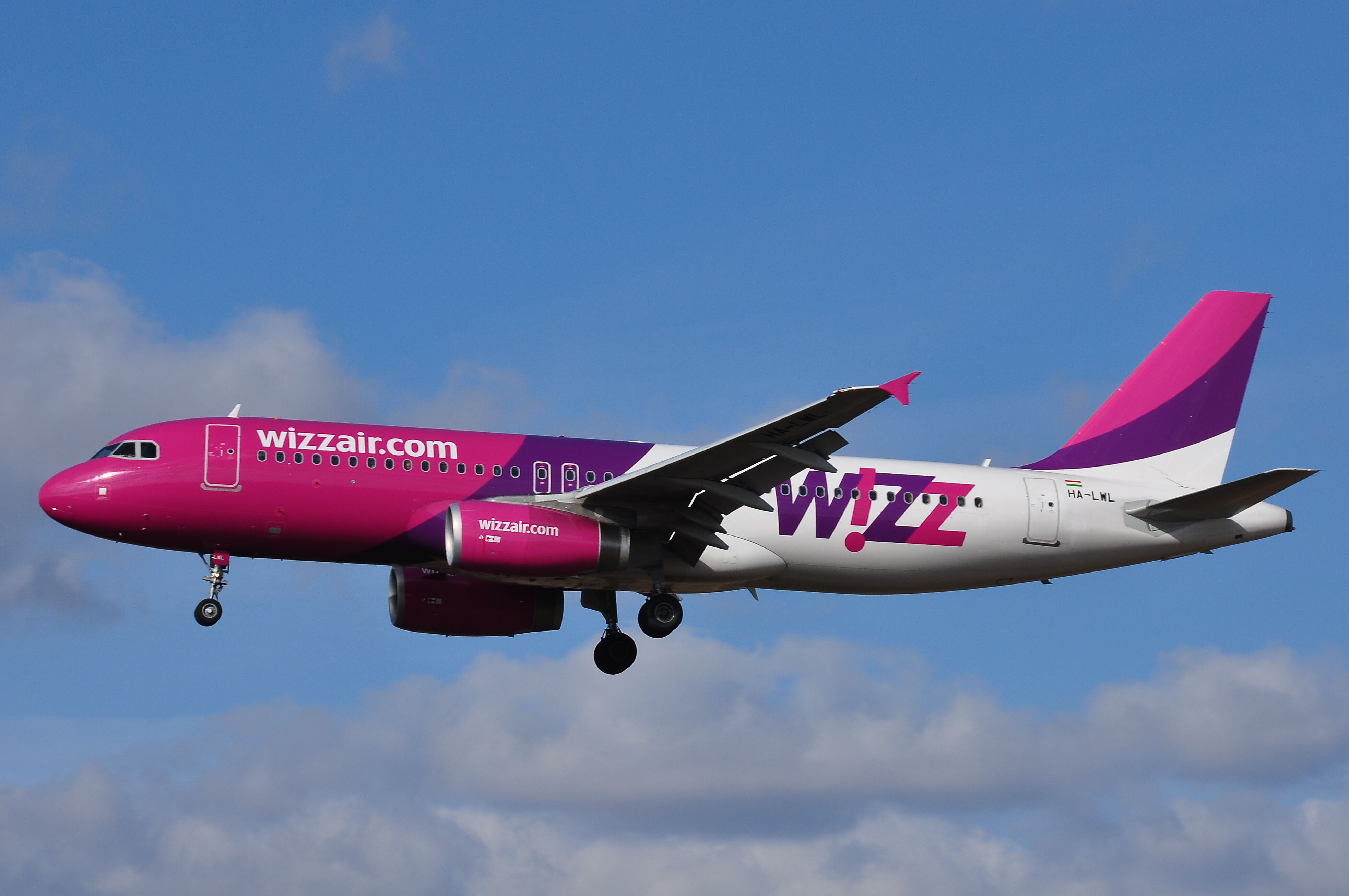 A) If Wizz Air had cancelled the flight, it was down to the airline to refund without delay.

But according to the airline, it had never received a request from Lastminute.

Lastminute insists a request was made in October last year.

As soon as I got on to Wizz Air, the refund was processed and back in your bank.

“When bookings are made via external platforms, airlines are unable to contact passengers directly, and the process becomes more complex.”