SHOPPERS have joked that M&S' new fish and chip product is a 'desperate attempt to appeal to northerners'.

The supermarket, which is known for selling high end foods in its M&S food stores, has started selling chip shop scraps for £1.05. 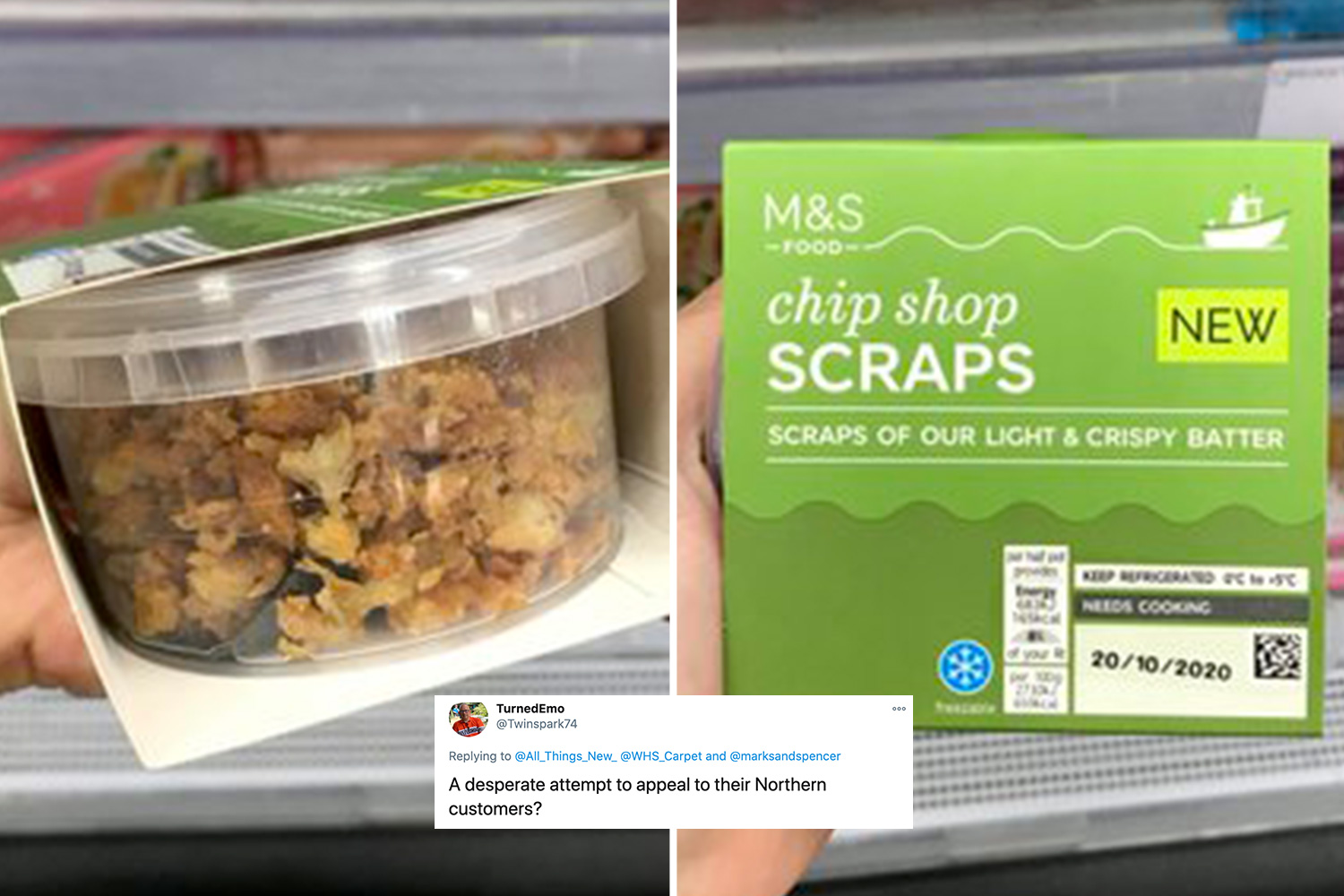 Chip shop scraps, which are the crispy bits that have fallen off cod or haddock fillets while being cooked in a fish shop, usually are free for diners if they ask for them from a chippy.

They were spotted by one shopper who posted on Twitter: "Can’t believe they’ve gentrified scraps."

Her image of the scraps struck a chord with thousands of people, as more than 19,000 liked her post, 2,000 retweeted it and more than 600 quote tweeted it.

Many Brits responded questioning the price of the scraps, while others said they were "outraged" and joked they were expecting "riots" about it.

One wrote on Twitter: "A desperate attempt to appeal to their Northern customers?"

Another added: "What next? Waitrose saveloys?" while another said: "£1.05 are you having a laugh?" 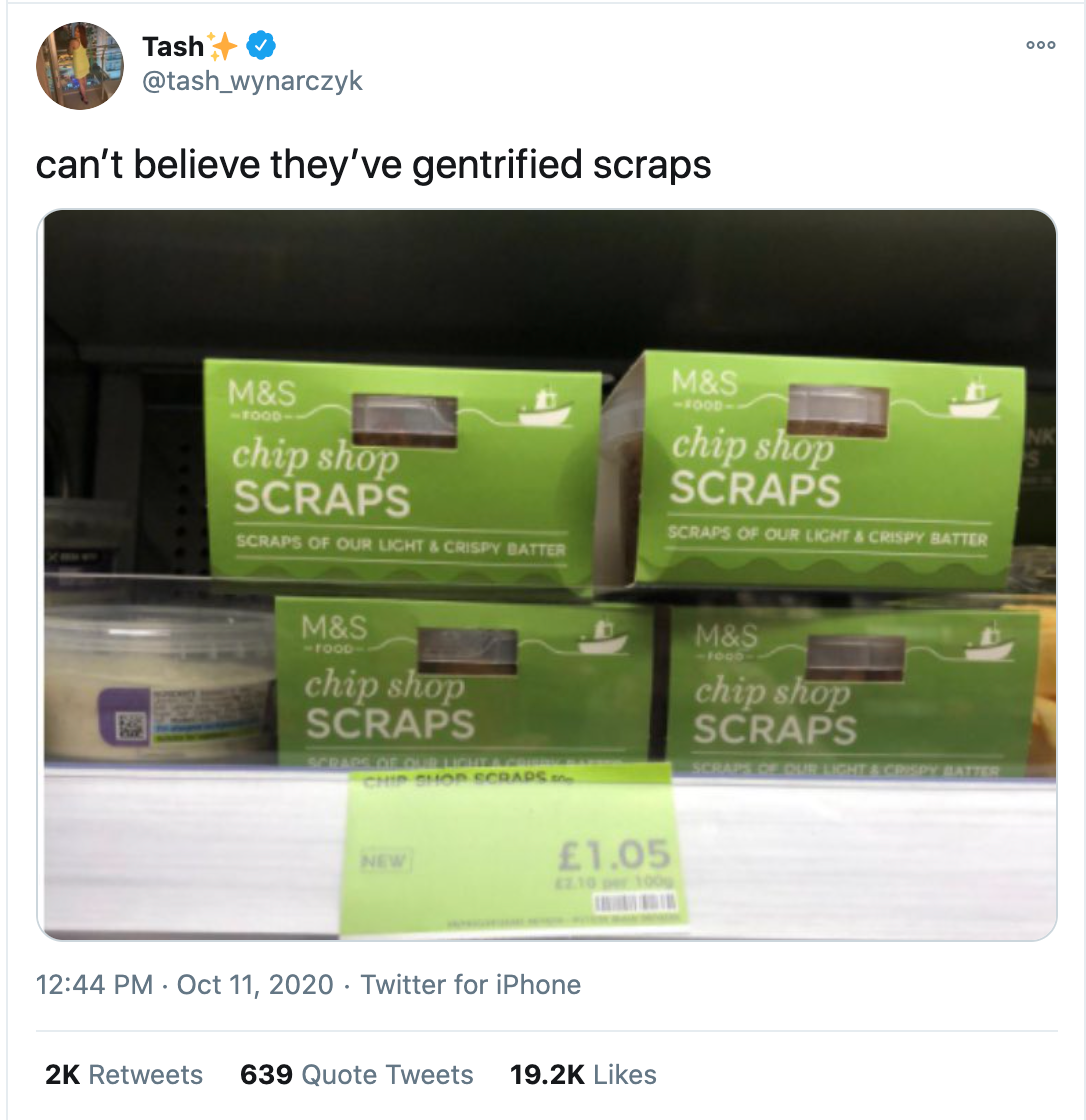 M&S started off selling the scraps alongside its battered haddock fillets but this is the first time they're being sold separately.

To buy two haddock fillets alongside a packet of scraps will cost you £5 on Ocado, plus delivery, which starts from £2.99.

We asked M&S what their response was to the backlash of the scraps.

M&S product developer, Ellie Mckie said: “We first introduced our delicious scraps back in 2018 with our popular battered fish, and this autumn we decided it was time to set them free and allow customers to choose where they sprinkle these crispy, light nuggets of savoury batter!

"Launched as part of our new ‘Chip Shop’ range, they’ve definitely got the nation talking and we’re now looking forward to hearing how customers across the whole of the UK are enjoying theirs.”

Despite M&S being known for its posh food, it doesn't always come out on top for taste tests.

Spar was recently named as the winner of the best mince pies on the high street according to BBC Good Food.

M&S has meanwhile started selling Percy Pig pies for Christmas 2020 and they taste just like the sweets.

And we reveal the best and worst supermarket loyalty schemes including Lidl, Morrisons and Tesco.