A former shoplifter who made £2M by stealing goods from the age of nine has admitted that she doesn’t regret what she did, because she wanted to provide for her family.

Kim Farry, 57, from Fulham, London, appeared on This Morning to promote the book she’s written about her career as a serial shoplifter who earned £20K a month from her criminal activities.

As the reformed criminal who has been to jail five times, joined hosts Ben Shephard and Rochelle Humes on the sofa, she revealed that she wouldn’t go back and tell her nine-year-old self to stop stealing because she was doing it to help her family.

As the eldest of nine children, Farry started thieving food for her family, before moving on to clothes after other children began to tease her siblings. 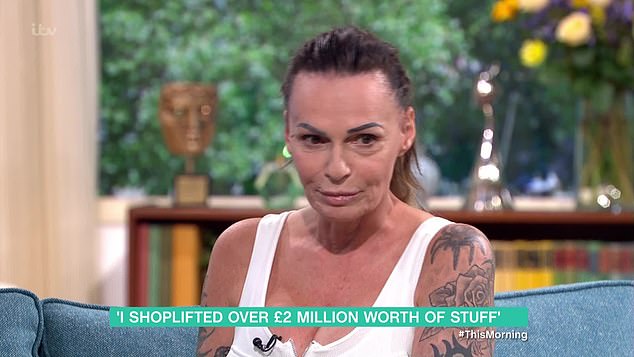 ‘I wish I had never done it. But my brothers and sisters meant a lot to me so why should they go without? These kids were being horrible,’ she recalled.

‘It started off just running into shops and taking lollipops. I’ve got a big family and my mum was hard up and it started from there, because I wanted to help out looking after my brothers and sisters. I’m the eldest of nine.

‘It was food at first. It started off just like that. After a little bit, it started with the clothes.

‘Kids are nasty, they start saying horrible things like “you smell, you haven’t got any nice clothes”, just getting picked on. That didn’t help, so I thought I’d go out and make it better for everyone.’ 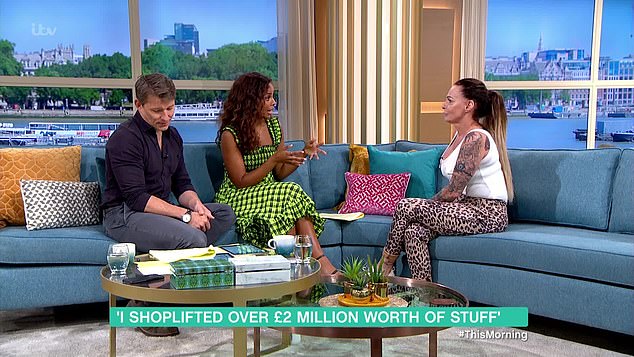 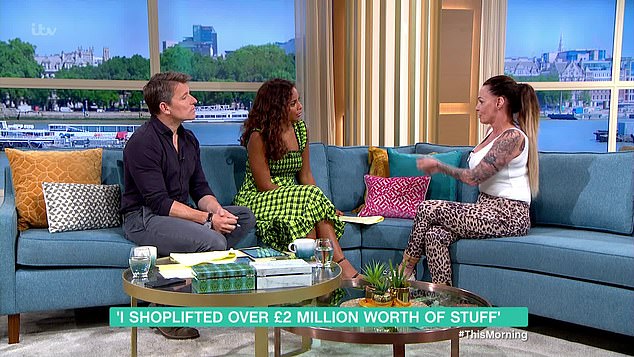 The mum of six admitted that whilst the money will go to her, she will use it to set up a charity to help people like her 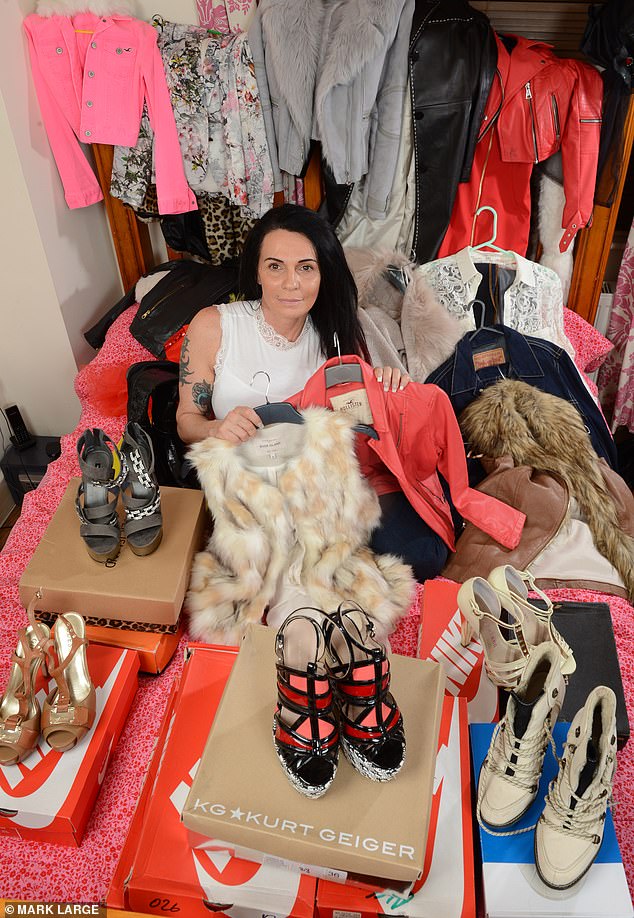 During her career as a shoplifter, Farry earned £20,000 a month and made millions by stealing a range of goods from shops

Amid the discussion about the amount she earned during her shoplifting career, Humes questioned what she was doing to repay the shops she stole from and what was going to happen to the money she was going to earn from the book she had written about her life.

‘I’m helping out by doing voluntary work so that’s me trying to give something back like that,’ Farry explained.

She then revealed her plans to set up a charity to help other people who have gone down the same route as her, with the proceeds of the book.

‘I get the money, but I’m going to set up a charity and I’m going to put something into that to help people like me that need help.’ 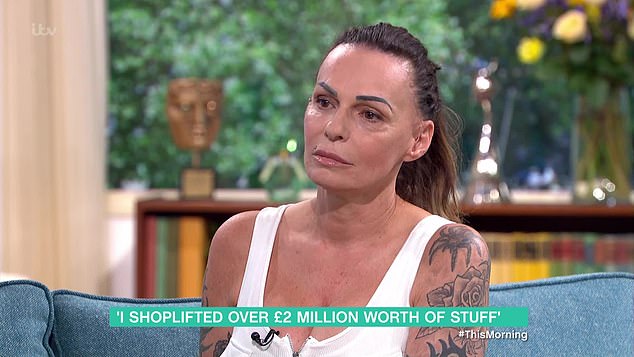 However, viewers were quick to claim that Farry wouldn’t be setting up a charity and will keep the money to herself

However, viewers watching the interview at home weren’t convinced and took to Twitter to suggest that Farry would simply keep all the money to herself.

‘@thismorning why would you give that woman air time?? She steals for years…and then she writes a book about it ..and is asked who gets the money from the book. ‘I do’ she said. Unbelievable!!! #thismorning,’ one annoyed Twitter user shared.

Agreeing, another commented on the social networking site: ‘ @ITV Pay it back? As if! Book out too and shes keeping the money #thismorning.’

‘That shoplifter is never going to use the money from her book ‘how to steal’ to set up a charity. Unbelievable decision to have this on air #ThisMorning,’ a third This Morning viewer tweeted.

A different user shared: ‘Not interested in this woman’s sob story on #thismorningwhy are we giving her air time? She’s pushing this book now, still the proceeds of crime!’

During the interview, Farry also explained that whilst she felt guilty for shoplifting, she didn’t have a ‘choice’.

‘It was just my way of life. I didn’t have any other choice. I had jobs. People would come in and tell them that I was a shoplifter and I’d get sacked so in the end you lose confidence because you think, what’s the pont of getting a job and then someone comes in and ruins it for me and I’m not getting a chance.

‘In the end it was just a business. Like you’ve got a job, I had a job and that was it. I classed it as a job and I was good at it.

‘It was an addiction for the money. I wanted the money. I stuck at it so long that I knew I could run my own business.’