Shonda Rhimes is recalling what led to her decision to leave ABC after over 15 years at the network.

In an interview with The Hollywood Reporter, the Shondaland creator claimed her breaking point came when she allegedly received pushback after asking for an extra Disneyland pass. 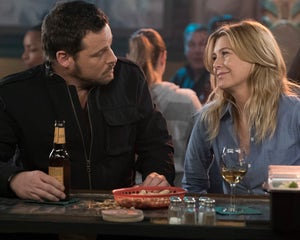 Despite earning Disney, ABC’s parent company, over $2 billion, Rhimes, 50, said she was still experiencing constant battles with the network over budget and content.

“I felt like I was dying,” she explained. “Like I’d been pushing the same ball up the same hill in the exact same way for a really long time.”

However, she ultimately decided to sever ties with the company over a request for a ticket to the happiest place on Earth.

Through her partnership with Disney, the “Scandal,” “Grey’s Anatomy” and “How to Get Away with Murder” creator had been given a single, all-inclusive Disneyland pass. And considering that she didn’t have a partner, she was able to negotiate a second pass for her nanny as well.

Then, a day came when Rhimes needed an extra ticket for her sister as she would be supervising the Emmy nominee’s teenage daughter, Emerson — and the nanny would be taking her younger daughters, Harper and Beckett. 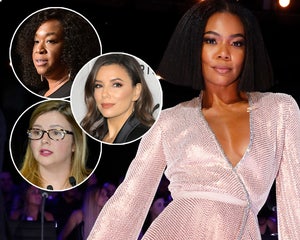 According to Rhimes, Disney agreed to give her an additional pass, but only after telling her several times that they “never do this.”

When her sister arrived at the park, however, only one of the passes worked. Rhimes says she then called a high-ranking executive to figure out what was wrong.

In reply, the exec allegedly asked, “Don’t you have enough?”

Rhimes immediately called her lawyer and asked them to “figure out a way” to move her to Netflix.

In August 2017, Rhimes officially announced that she would be taking her Shondaland empire from ABC to Netflix in a huge new multi-year-deal with the streaming platform.

“Shondaland’s move to Netflix is the result of a shared plan [Netflix Chief Content Officer] Ted Sarandos and I built based on my vision for myself as a storyteller and for the evolution of my company,” she said in a statement at the time. “Ted provides a clear, fearless space for creators at Netflix. He understood what I was looking for, the opportunity to build a vibrant new storytelling home for writers with the unique creative freedom and instantaneous global reach provided by Netflix’s singular sense of innovation. The future of Shondaland at Netflix has limitless possibilities.”

While the monetary value or specific terms of the deal weren’t released at the time, it’s since been revealed that Rhimes signed a nine-figure deal at Netflix.