Abuse so bad it leads to insomnia and children bullied at school … as a report says social media giants are failing to tackle anti-Semitism, one writer bravely shares: Shocking real-life toll of online trolling

The first time someone told me on Facebook that ‘the Jews deserve what is coming to them after the way they’ve behaved towards Jeremy Corbyn,’ the shock was so profound, so sharp, it felt like I had been slapped across the face.

I was on a Facebook group with left-wingers talking about the last election and expected someone to denounce the comment. Instead, they gave it like after like, compounding my pain. Thumbs up for telling the Jew they deserve anti-Semitism for speaking out against anti-Semitism.

I reported the message to Facebook and was told it didn’t go against their community standards. There’s an option to get hate messages looked at for a second time, which I did, but still the moderators saw nothing wrong with it. It is probably still there.

I was shocked, but not surprised. I know people who have had temporary Facebook bans for a single swear word yet the platform hosts groups of neo-Nazis and Holocaust deniers who happily go about their merry business of pretending Jews have made up the murder of six million people. 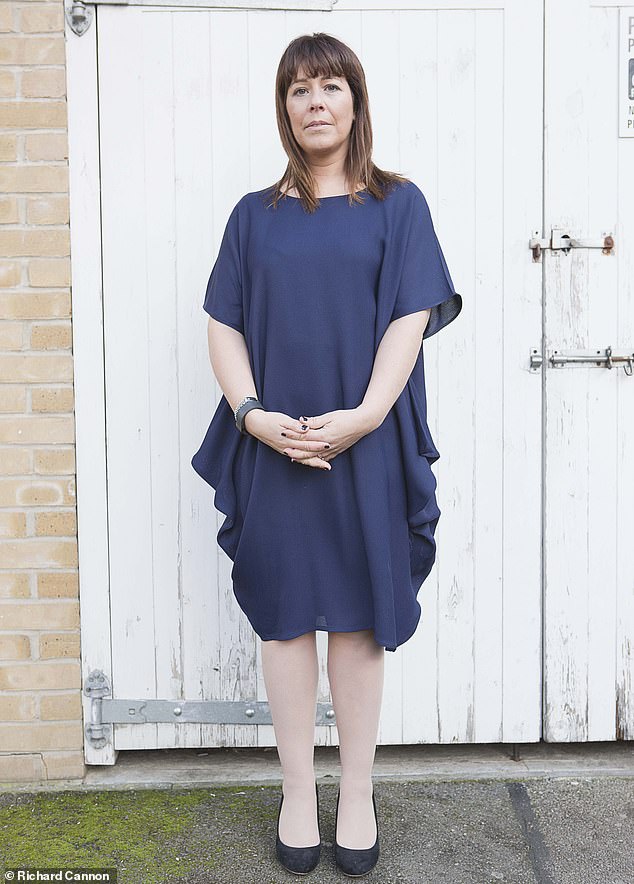 On Twitter, meanwhile, I have been sent photographs of the Star of David turned into a swastika, called a ‘Nazi Zio’, and an ‘apartheid-loving baby-killer’. That tends to be from left-wing people with ‘peace and love’ or ‘anti-racist’ on their online biographies. From the far right, I’ve had ‘k***’, ‘y**’ and ‘Jew b****’. From both I’ve been told: ‘Hitler was right.’ In fact, during the last skirmish between Israel and Gaza in May, ‘#HitlerWasRight’ was trending on Twitter. For a full 24 hours, it was one of the most popular phrases used on the site.

So, it’s no surprise that a report published last week found the five biggest social media platforms — Facebook, Twitter, Instagram, YouTube and TikTok — have systematically failed to tackle anti-Semitism. The report, for the Centre for Countering Digital Hate, called social media a ‘safe space for racists’ because platforms had failed to act on 84 per cent of complaints about posts spreading anti-Jewish hatred.

Ironically Facebook, created by a Jewish man, was the worst offender with just 10 per cent of its hateful posts removed. I’m a secular Jew, and my religion and ethnicity form just a very small part of my identity, but I started speaking out in 2018 when it became clear that Labour, under Jeremy Corbyn, had an insidious anti-Semitism problem and that a lot of my non-Jewish friends couldn’t understand the issue.

Because of the derisory way anti-Semitism is taught in schools, many believe it started and ended with the Holocaust. They don’t understand Jews have been marginalised and killed for 2,000 years simply for being Jewish. Having said that, until I went online, I saw very little anti-Semitism in my day-to-day life.

But then I started looking at what was happening in the Labour party. A large percentage of it came down to councillors and officials repeating – or updating – the same anti-Semitic tropes on social media which have, throughout history, led to Jews being murdered because of our religion.

Some of them were about Jews owning the media, paying critics of Jeremy Corbyn to lie about anti-Semitism, enjoying killing children, being the puppet masters of the Tories or Trump, while others were straight-out Holocaust deniers or, just as heinously, claimed that Jews were somehow complicit in it. Others just called Jews Nazis, equating us with the people who killed one third of our entire community. It was — and to an extent remains — an obsession even though there are only 300,000 Jews in the entire UK and just 14 million of us in the world. We simply aren’t that powerful. 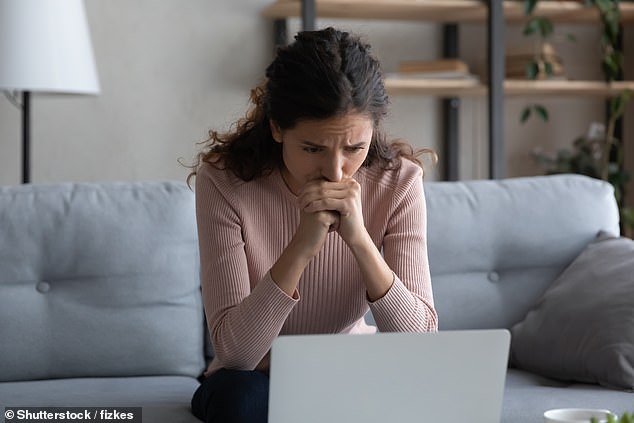 Almost a year ago social media companies pledged to do better when rapper Wiley, went on a cross-platform rant against Jews (file image)

There are benefits to being on social media; I published a primer about Labour’s anti-Semitism and it was read by tens of thousands. Many wrote to say thank you — several even told me how I had inspired them to fight the issue in their own local branches. But for all the people who appreciate what I do, there are just as many who would love nothing more than to shut me up.

And so, it continues. Once, I wrote on Twitter that it was perfectly possible to be a Zionist and pro-Palestinian. But that led to two days of being trolled and called a Nazi, apartheid-lover, fascist, Trump fan and stupid.

Sometimes I laugh it off. Almost all of my haters are grammatical imbeciles; often they can’t even spell anti-Semitism or Israel, so I correct them. Most often I just mute or block them. Occasionally though, I can’t sleep after a particularly nasty social media bashing. I wake up tense, my hands in balls, feeling a mixture of rage, fear, upset and worry. I’ve made Jewish friends online and we comfort each other; for some it becomes too much and they prefer to leave.

This latest report into anti-Semitism online won’t be news to the social media companies. Almost exactly a year ago, they pledged to do better when rapper Wiley, who had nearly half a million followers, went on a cross-platform rant against Jews. It was only when the Jewish community and thousands of allies took part in a 48-hour social media walk-out that his rants were taken down. And then, inevitably, some claimed Jews were the real racists because Wiley was a black man.

The fact is, social media is a cesspit of hatred for all minorities and this affects all of us. And that seems to suit social media companies just fine – after all, sadly it is the hatred and fights that draw millions to their platforms. 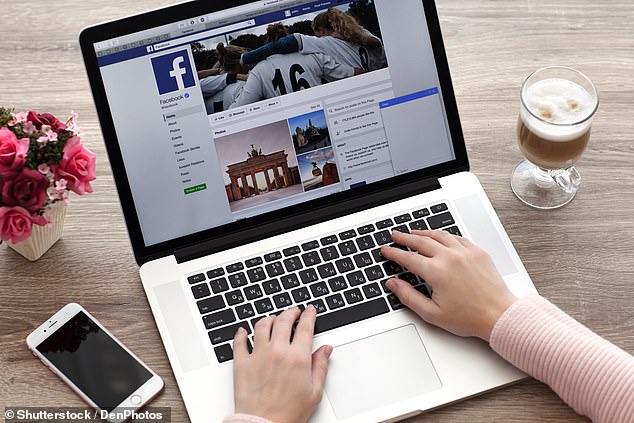 Nicole said many Jews that she knew were frightened to leave their houses during the fighting between Israel and Gaza earlier this year, as social media attacks spilled over into the streets (file image)

But for minorities such as Jews, this has real-life consequences, where social media attacks spill over into the streets. We saw this all too clearly during the fighting between Israel and Gaza earlier this year when a sustained social media assault led to physical attacks on Jews — regardless of what they thought of Israel — and a convoy of men rampaging around North London threatening to rape Jewish women.

For the first time, many Jews I knew were briefly frightened to leave their houses. The CST, a charity which measures hatred against British Jews, called it the ‘month of hate’ with more than 600 reports of anti-Semitism; the majority were limited to verbal abuse but several turned violent.

More than a quarter happened at schools and university campuses. Jewish kids became afraid to attend classes and one friend’s daughter was suddenly ostracised – ‘I don’t want to sit next to a Jew,’ she was told. It hit home hard, especially when my own 14-year-old son was told by his peers that Jews liked to kill kids. And then he got a chilling anonymous phone call asking if he was a ‘f****** Jew’ because if he was, he needed to watch his back.

Social media has legitimised Jew hatred and while once anti-Semites had to go to the effort of publishing their poisonous tracts, now anybody can simply go online to voice dangerous conspiracy theories and lies, which will then be shared by potentially millions of others. Six million Jews were killed in living memory in a modern and so-called ‘civilised’ society because of these same lies which are now being spread, untrammelled, on social media. And that is terrifying.