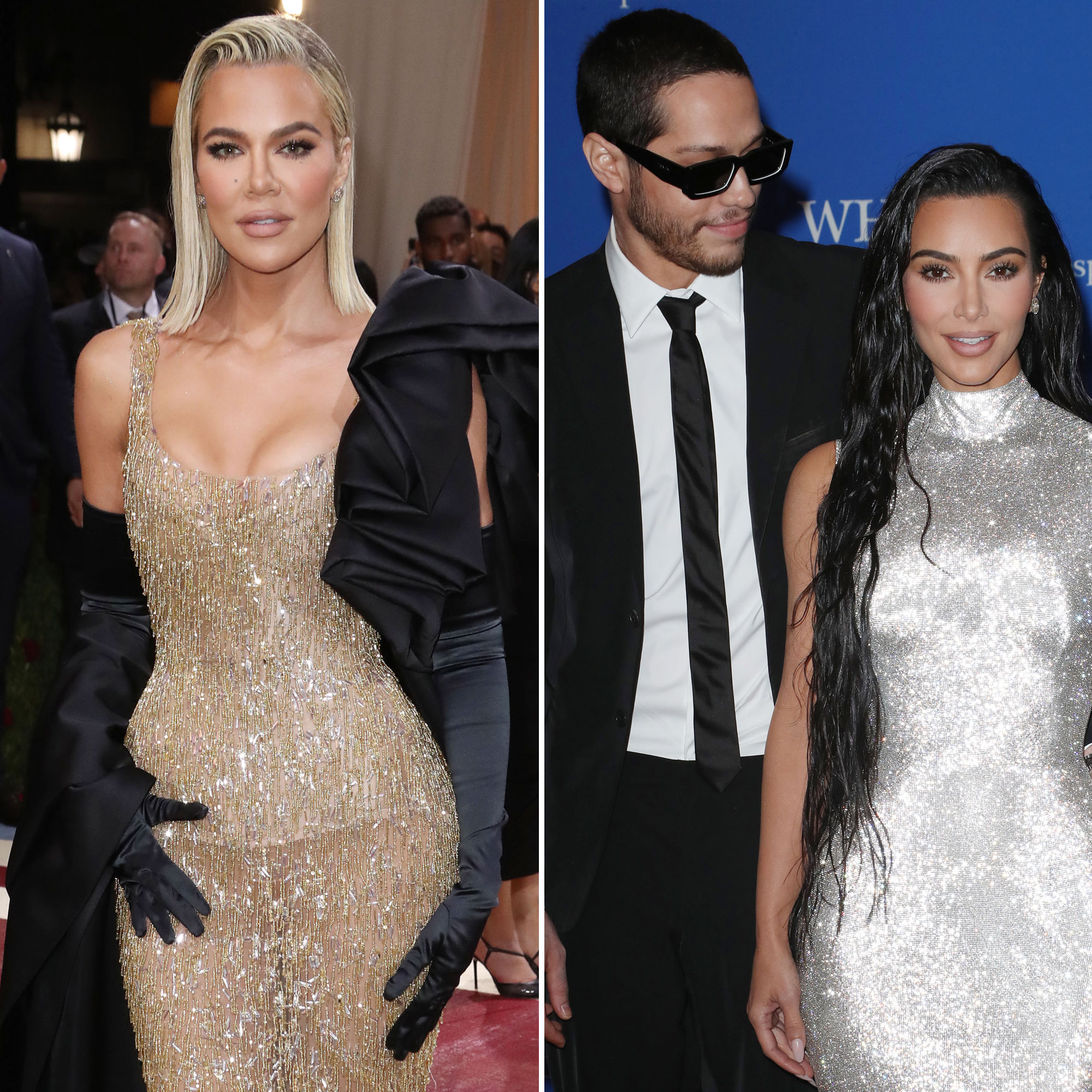 Things only a sister can say. After Kim Kardashian shared her latest round of Pete Davidson PDA photos, Khloé Kardashian had a very personal question for her older sibling.

“Do you guys have a foot fetish too? 😳,” the former Revenge Body host, 38, commented via Instagram on Monday, July 11, after the Skims founder, 41, posted a carousel of photos with the Saturday Night Live alum, 28.

In two of the snaps, the Selfish author rested her bare feet on her boyfriend’s chest — and in at least one photo, they weren’t alone in the room. The other pictures included a sweet selfie and a few candids of the couple hanging out by a pool.

Though Khloé responded to the post with a joke, many of Kim’s friends left comments showing their earnest support for the romance. “Happy looks great on you 😍,” wrote Malika Haqq, a close friend of the Kardashian family. “Cuteeeeeee,” added Stephanie Shepherd, who has remained tight with the sisters since leaving her COO position at Kardashian West Brands in 2017.

Paris Hilton, for her part, commented, “So happy for you!”

Earlier this week, Davidson made his first on-camera Kardashians appearance in a trailer for season 2 of the Hulu series, which premieres on September 22. In one scene, Kim asks the comedian if he wants to “jump in the shower” with her “real quick.” The King of Staten Island star responds by throwing his phone and cigarettes down and running over to his girlfriend.

During season 1 of the reality show, the beauty mogul discussed her romance with the Guy Code alum, but he never appeared in any of the episodes. In the season finale, his voice was heard in a post-credits scene that showed Kim introducing him to one of the show’s crew members.

“Pete, come here, you have to meet Paxy,” the California native said during a confessional interview. “Paxy has worked with me as audio [for] 14 years from Keeping Up With the Kardashians. She knows everything about me. She’s probably seen my vagina.”

Davidson chimed in from off-camera to ask, “More than me?” The former E! personality responded, “Not more than you. But she’s probably seen it.” (Paxy confirmed that she actually hadn’t, but Kim predicted it would only be a matter of time before she did.)

Hottest Couples Who Fell in Love on Set

Last month, an insider exclusively told Us Weekly that the Dancing With the Stars alum is excited for fans to see more of her romance with Davidson in the next season of The Kardashians. “There’s still a lot left of her journey with Pete that she can’t wait to share with viewers of the show,” the source explained in June, adding that Kim “is relieved that fans got to see how she bounced back after Kanye [West] and see how happy she is.”

The Keeping Up With the Kardashians alum filed for divorce from the “Famous” rapper, 45, in February 2021 after nearly seven years of marriage and moved on with Davidson that fall. Earlier this year, a judge signed off on Kim’s request to become legally single and restore her last name. She and the Grammy winner are coparenting their four kids: North, 9, Saint, 6, Chicago, 4, and Psalm, 3.

“Life is good,” Kim says at one point in the Kardashians trailer. “I have a new boyfriend. I’m just having a really good time.”