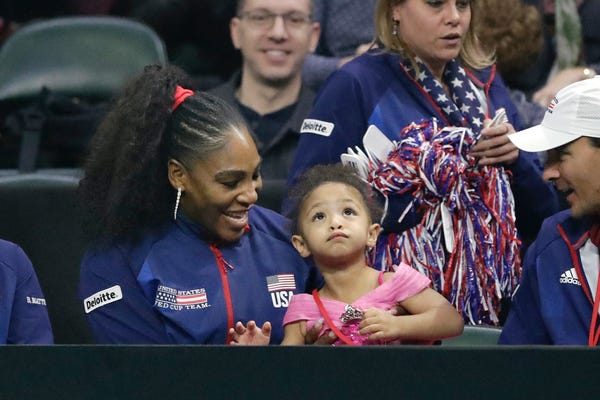 When Serena Williams started a social-media account for Qai Qai, her daughter's doll, she was looking for a laugh. But the doll quickly took off on social media, becoming a cultural icon and arguably America's most important doll.

Williams announced the Qai Qai release on Instagram on October 15, saying that in the two years since the doll came into the public sphere, Williams and Ohanian have been asked thousands of times where people can purchase their own version of the doll. Over time, the couple realized that having a dark-skinned doll option is important to a lot of families.

"When we first opened @RealQaiQai's account on Instagram two years ago, it was just supposed to be an inside joke," Williams wrote. "But we've come to realize that Qai Qai could be the beginning of a new kind of toy story, and one that we're excited to help bring to life so our daughter and millions of other children can see and play with more toys that look like them."

Qai Qai (pronounced kway kway) isn't just a star, with 152,000 followers on Instagram and more than 25,000 followers on Twitter. She's also a solution to a real problem — the lack of dark-skinned baby dolls.

Debbie Garrett, the author of Black Dolls: A Comprehensive Guide to Celebrating, Collecting, and Experiencing the Passion, told USA Today that in a world when being white is promoted as the default, it's important that kids of color have dolls that look like them.

Samantha Knowles, director of the documentary film "Why Do You Have Black Dolls?," said that with manufacturers overwhelmingly making white baby dolls, families are left with few options for representation.

"Black girls have had to play with white dolls for a very long time because they had no other choice," she said.

That's starting to change. When the popular cartoon Doc McStuffins came out in 2012 featuring a Black girl as the main character, merchandise from the show became the best-selling toy line based on a Black character.

Chris Nee, the creator of Doc McStuffins, recognized the importance in a 2014 interview.

"The kids who are of color see her as an African-American girl, and that's really big for them, and I think a lot of other kids don't see her color, and that's wonderful as well," he said.

Today, parents of color have more choices for finding dolls that reflect their families. Healthy Roots dolls allow girls to learn how to care for their curly hair; Ikuzi dolls come in a variety of skin-tones and hair colors; even American Girl dolls have recently added more skin tone options for their Truly Me dolls.

And then, of course, there's Qai Qai.

"As a pillar of inclusion and acceptance, Qai Qai stands for bossing up and chasing your dreams," the doll's Amazon description says.