New pregnancy photos of Oscar-winning actress Jennifer Lawrence find the mother to be glowing, with her baby bump on full display.

The actress wore floral overalls and a t-shirt as she hit the streets of Manhattan in a pair of jelly sandals, eventually sitting down for lunch with a friend at a downtown eatery. 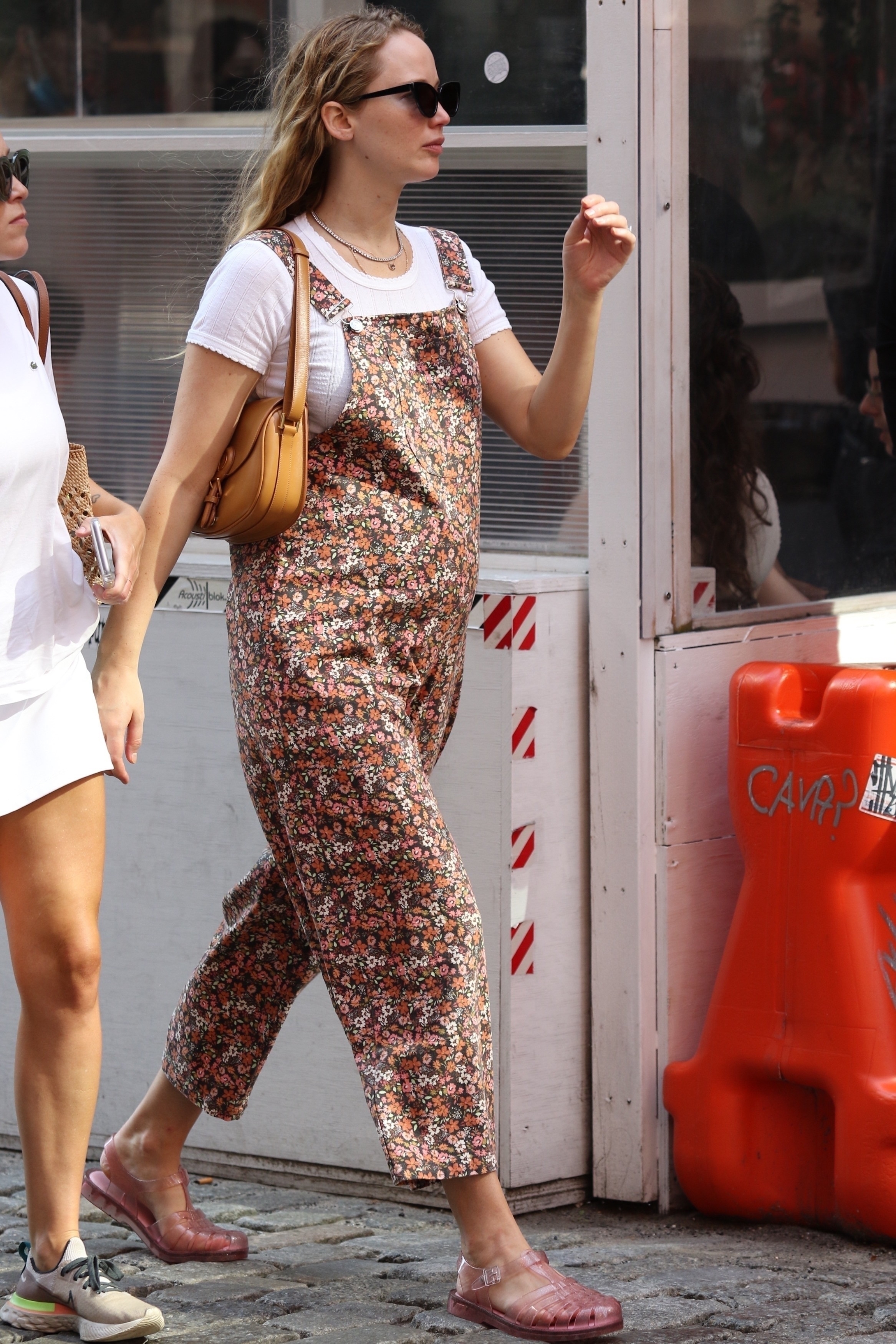 The star ordered a grilled cheese sandwich, tomato soup, a few chicken wings and a side salad. She also split an order of fries with her lunch companion.

A rep for Lawrence, 31, confirmed her pregnancy to Page Six Wednesday, revealing that she is expecting her first child with her husband, 37-year-old art gallery owner Cooke Maroney. 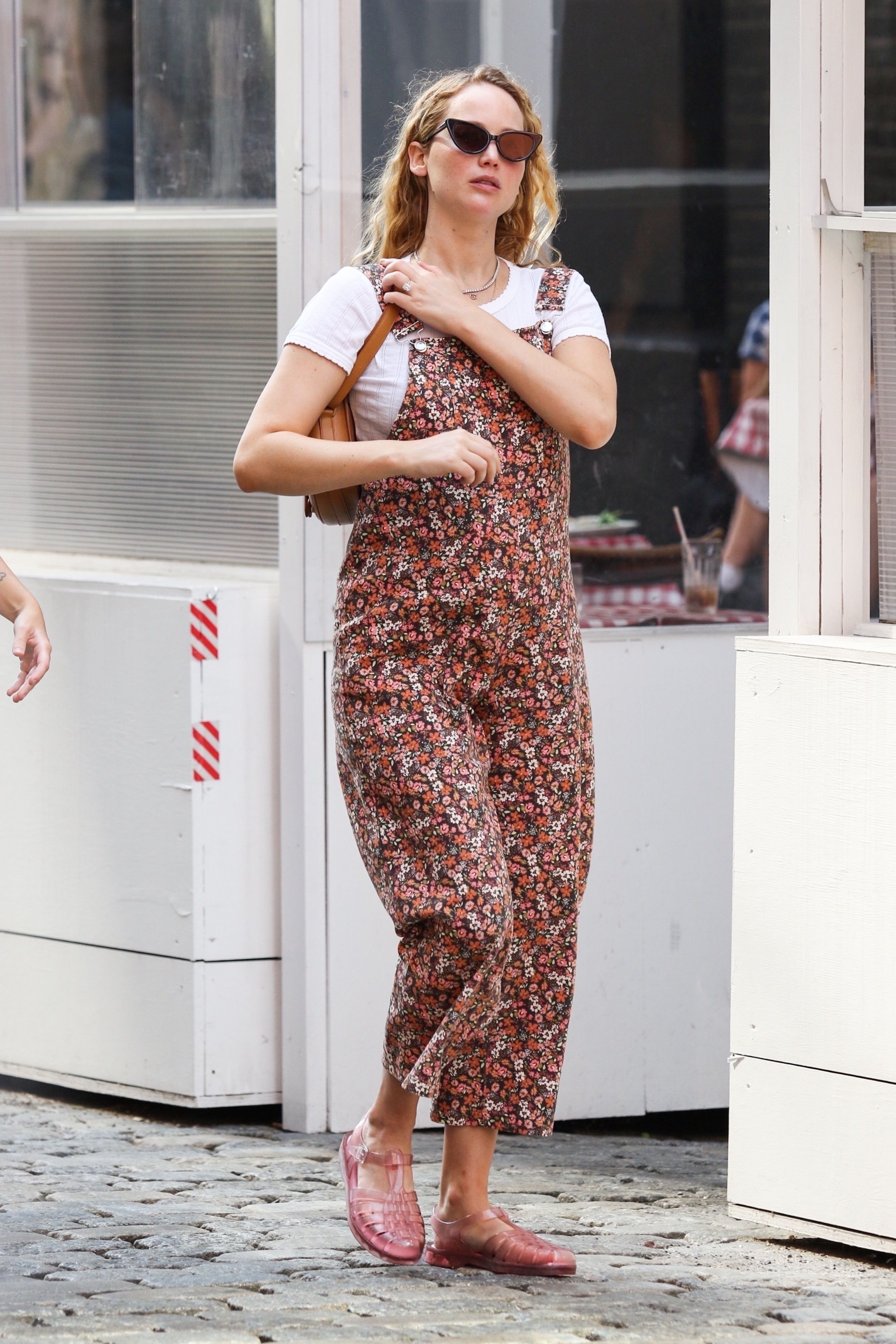 Lawrence and Maroney met through the “Hunger Games” star’s BFF, Laura Simpson, quietly dating the summer of 2018 before getting engaged February 2019. 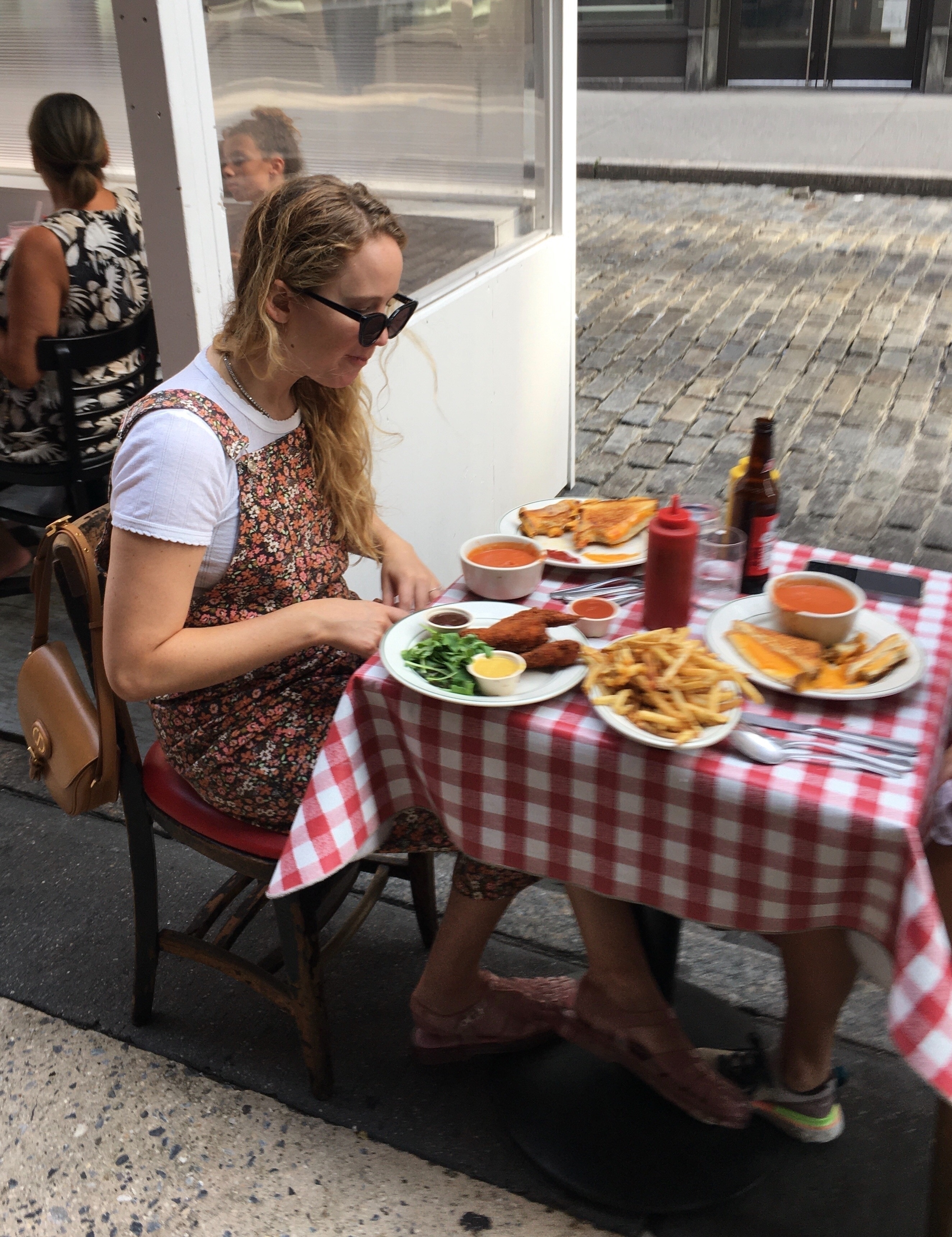 Her emerald-cut engagement ring was designed by NYC-based jeweler Alison Lou, whose whimsical pieces have been worn by fellow A-listers such as Blake Lively, Gigi Hadid and Paris Jackson. 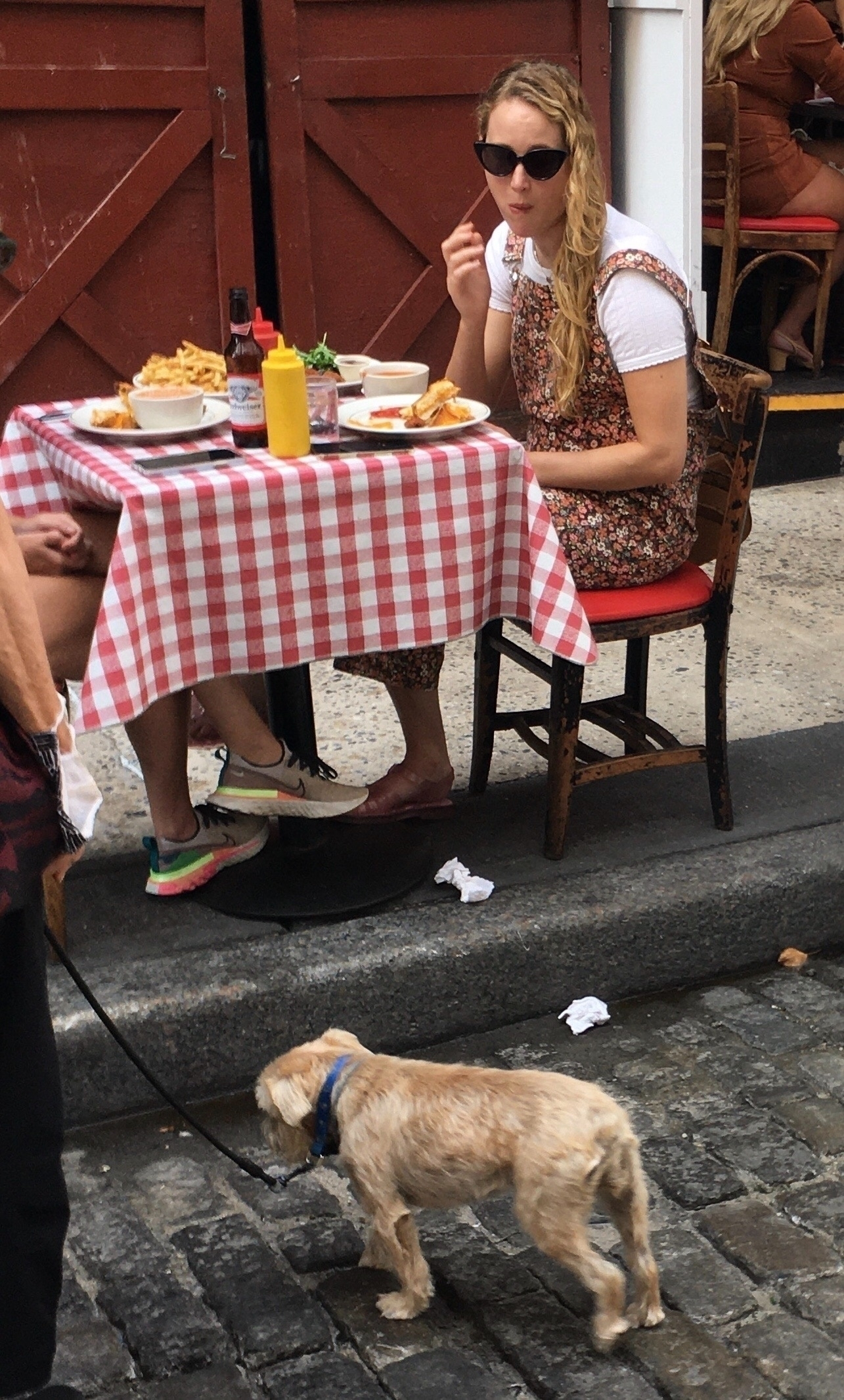 Lawrence’s due date is currently unknown, as she’s yet to reveal exactly how far along she is in her pregnancy. 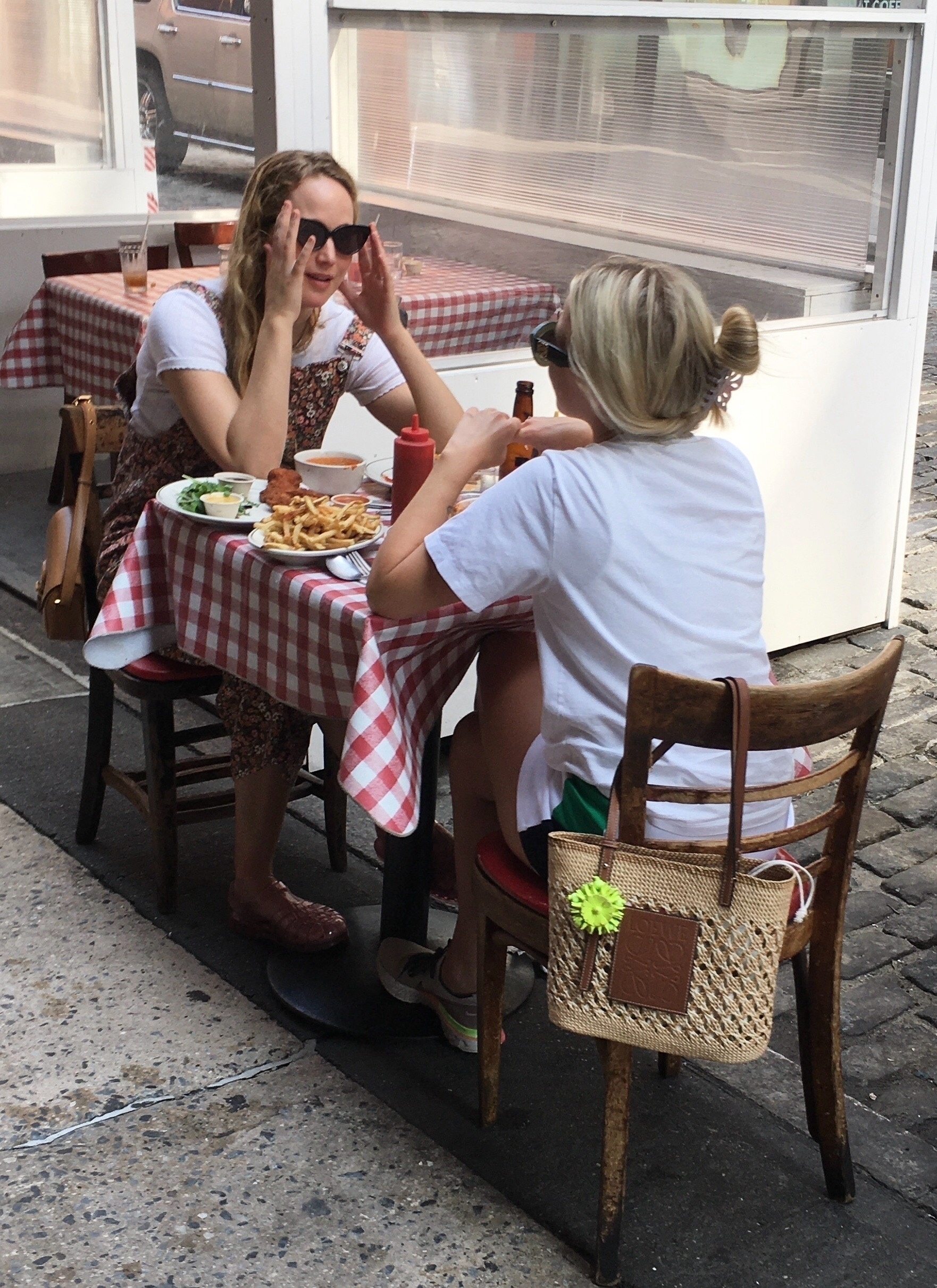 The Lawrence-Maroneys join several celebs who’ve dropped pregnancy news this week, including comedian John Mulaney, who announced he and actress Olivia Munn are expecting during his recent visit to “Late Night with Seth Meyers.” 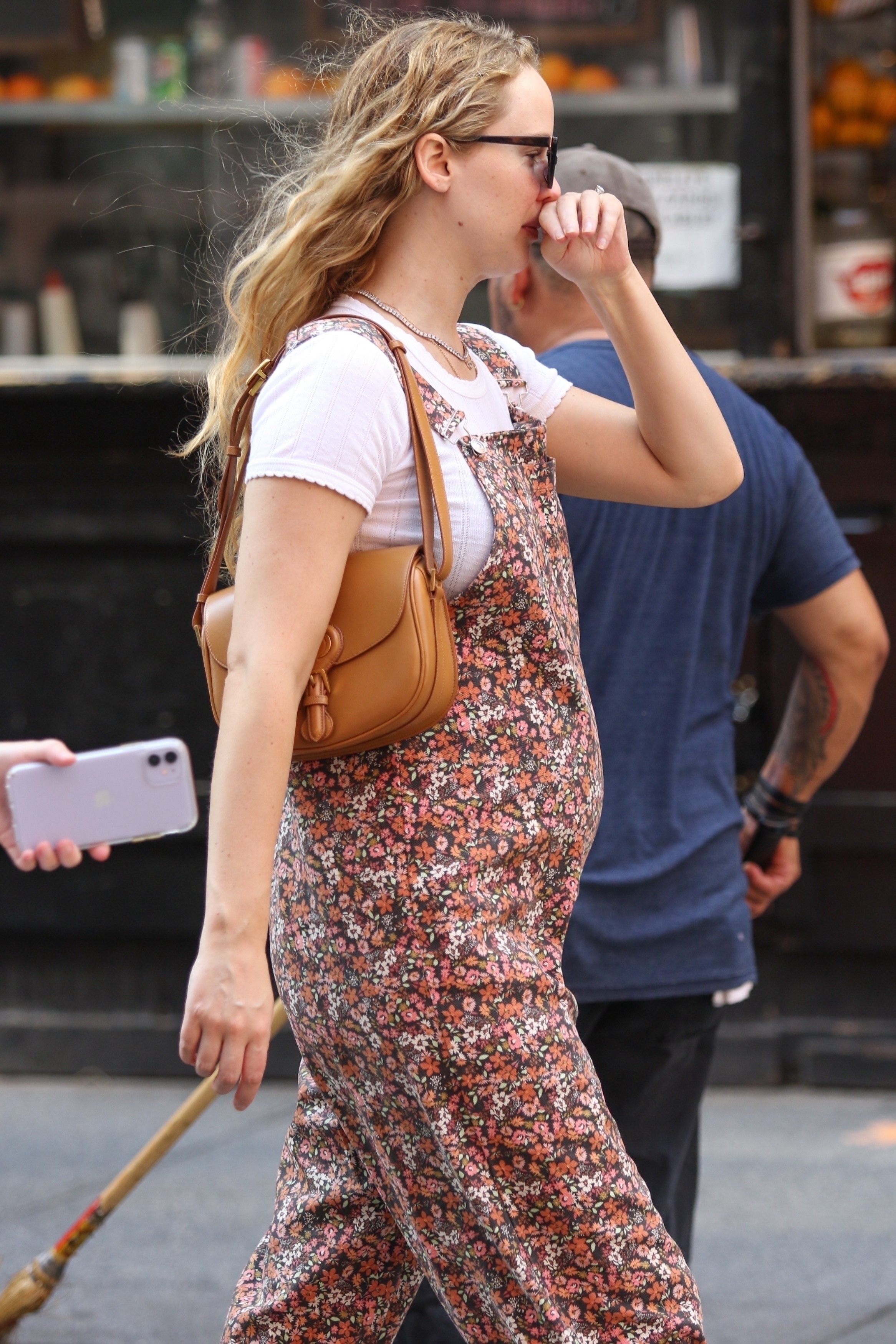 Jason Kennedy and wife Lauren Scruggs are also expecting their first child together next spring, following years of fertility struggles for the couple.