Sean Connery has died at age 90, his family announced on Saturday, Oct. 31. Take a look back at the James Bond actor's most famous performances. 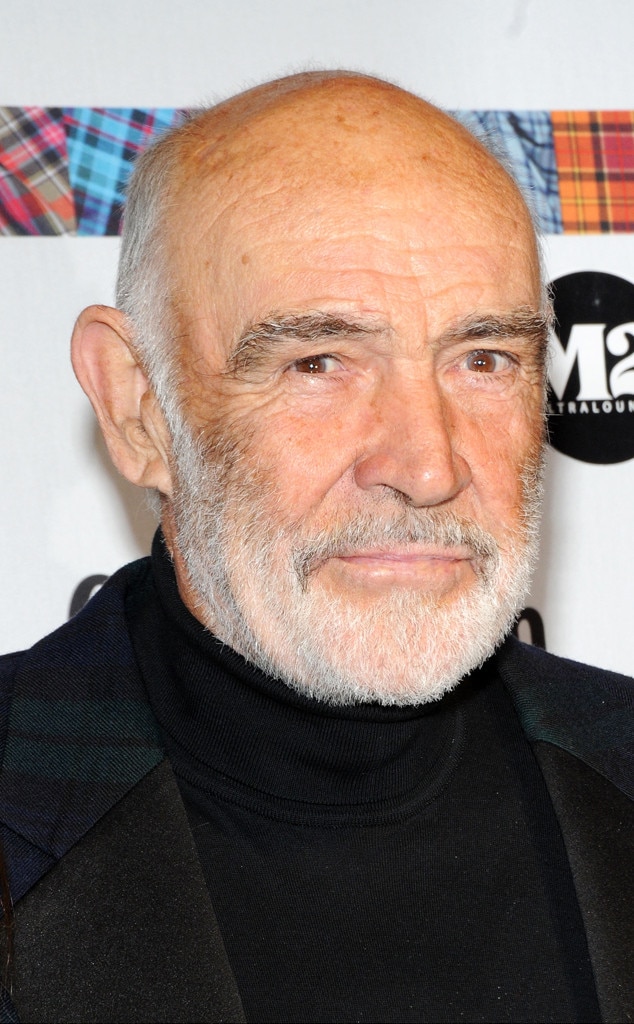 His name was Connery, Sean Connery.

The Scottish actor, Oscar winner and movie icon has died at age 90, his family announced on Saturday, Oct. 31.

Connery was best known for originating the role of James Bond on the big screen. The actor portrayed the British Secret Service agent seven times, although not consecutively. He debuted as the character in the first ever James Bond film, Dr. No, which was released in 1962.

After five films—including the following From Russia With Love, Goldfinger, Thunderball, and You Only Live Twice, he quit the franchise, reporting vowing to never again play Bond.

He changed his mind and reprised the role for the seventh movie in the series, Diamonds Are Forever, and in the '80s when he starred in what many fans see as a standalone film in the franchise, Never Say Never Again. An adaptation of the previous 007 movie Thunderball, the movie was seen as an "unofficial" Bond flick because it wasn't produced by EON Productions, the company behind the previous ones.

Connery also starred in popular films such as Indiana Jones and the Last Crusade, First Knight, The Hunt for Red October and The Rock.

YouTuber Tati Westbrook Is Accused of Fraud in Lawsuit

Many fellow actors, including most recent Bond star Daniel Craig, paid tribute to Connery after his death.

Check out Connery's most famous movie roles below:

Connery appeared with Eunice Gayson in the film, the first in the James Bond movie franchise.

Connery reprised his role of James Bond in the franchise's second film.

Connery reprised his role of James Bond in the franchise's third film.

Connery played James Bond opposite Donald Pleasence's Blofeld, part of the inspiration behind Austin Powers' Dr. Evil, in the fifth movie in the spy film franchise.

Connery reprised his role as James Bond again in the franchise's seventh film. He had declined to star in the series' sixth movie, On Her Majesty's Secret Service. He reportedly previously vowed to never again play the British Secret Service agent.

Connery appears as James Bond for the seventh time, with co-star Kim Basinger, in what many fans see as a standalone film in the franchise. An adaptation of previous 007 movie Thunderball, Never Say Never Again marked the actor's return to the series 12 years after he starred in Diamonds Are Forever. The movie was seen as an "unofficial" Bond film because it wasn't produced by EON Productions, the company behind the previous flicks.

Connery won an Oscar for his supporting role of Jim Malone, an honest cop on a corrupt Chicago police force.

Connery played Marko Ramius, a Russian submarine Captain who defects to help the U.S., in this blockbuster.

Connery had an uncredited role as King Richard in the Kevin Costner-led fantasy film.

Connery played King Arthur, whose fiancé Guinevere, played by Julia Ormond, cheat on him with a very persistent and patient Lancelot, played by Richard Gere.

Connery played James Patrick Mason, the only Alcatraz inmate ever to escape the island, alongside Nicolas Cage in Michael Bay's action thriller.

Connery's last film was a movie adaptation of a comic-book series about a group of Victorian heroes.