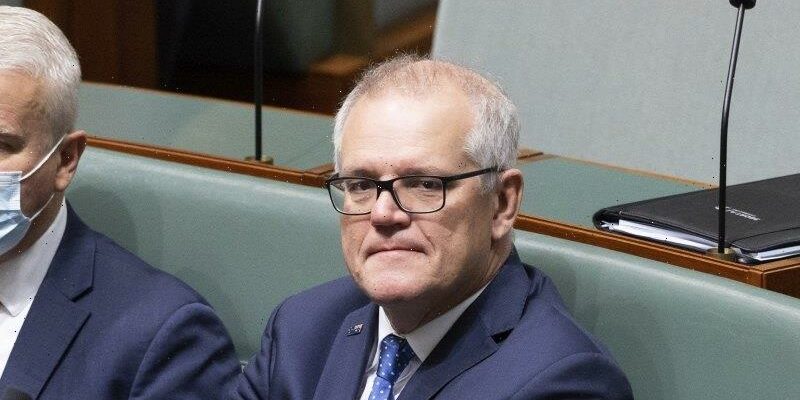 All prime ministers have their idiosyncrasies. Tony Abbott ate the onion and Kevin Rudd wrote a children’s book about his cat. Former British PM Gordon Brown reportedly consumed nine bananas a day during his time in office.

But none have had quite the constitutional implications of what has been revealed as Scott Morrison’s peccadillo – secretly appointing himself to ministerial portfolios with an alacrity that would make a dictator blush. 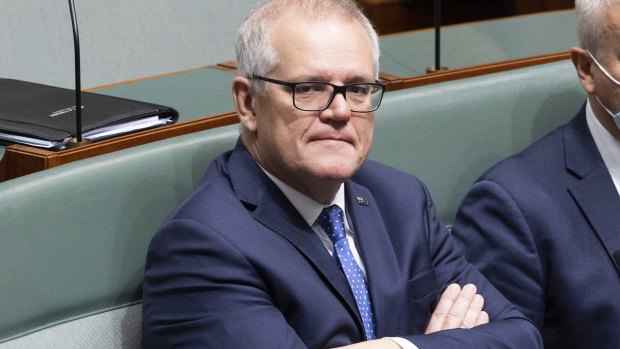 From primed-up minister for everything to backbencher: Scott Morrison.Credit:Alex Ellinghausen

The first ministerial portfolio Morrison took over was health. This was presented as a patriotic act, part of the superlative pandemic management for which Morrison has never received due credit.

“I trust you mate,” the former PM reportedly told his health minister in early 2020 as the pandemic started to get really real. “But I’m swearing myself in as health minister, too.”

It seems never to have occurred to Morrison that the trust needed to flow back in the other direction. To be fair, he was busy.

Clearly enjoying this Daddy-knows-best system of government, Morrison got grabby. Next, his eye roved to Mathias Cormann – he wanted a piece of that, he decided and swore himself in as finance minister.

Financial stimulus was a big deal, and no one minister should have that much power, right?

Morrison should have that power. So he took it. He reportedly neglected to tell Cormann, who only found out when the rest of us did.

Thence, it was onward to the resources portfolio, where Morrison decided he would also ride piggyback – an insult to Keith Pitt not seen since Barnaby Joyce likened the member for Hinkler to a “bad suit” (for reasons to do with the Nationals’ own internecine conflict, too lengthy to address here).

In the final days of the election campaign, Morrison was filmed shoulder-barging a schoolboy on a Tasmanian rugby field. Little did we suspect he was doing the same to the Westminster model of government during his whole prime ministership. 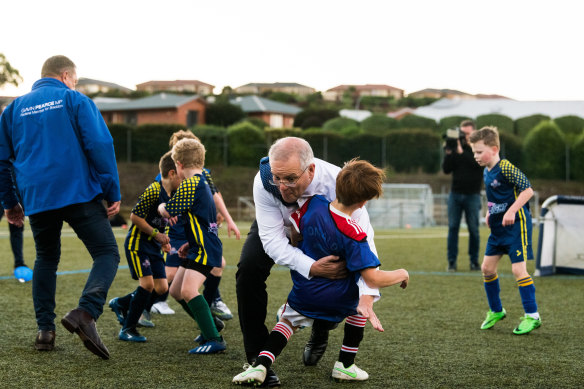 Scott Morrison accidentally tackled a child in the final days of the election campaign in Tasmania.Credit:James Brickwood

Was it legal? Then attorney-general Christian Porter reckoned so. The whole thing was hatched at the top and signed off by the governor-general, on the prime minister’s advice (as is usual practice).

But still, maybe someone should get Professor Anne Twomey, the constitutional law expert, on the line. This was some crazy constitutional jiggery-pokery.

Without a full review of the legal literature, it’s hard to say precisely whether it is wrong, but it doesn’t feel right, does it?

As a general rule, when you start appointing yourself to positions of great power, a special klaxon should sound at Admiralty House.

Idi Amin – who was never in charge of a vaccine rollout – styled himself as Lord of All the Beasts of the Earth and Fishes of the Seas and Conqueror of the British Empire in Africa and Uganda in Particular. Stalin named himself the Gardener of Human Happiness, among other things. Ever seen the pictures of those North Korean military officers who’ve awarded themselves so many medals their shirt fronts groan with them?

I’m working on the fly here – and, of course, Morrison is no Idi Amin – but I reckon once your decorations extend past your belly button, it’s time to take a refresher course on the Magna Carta.

For a man who was less-than-transparent about his Hawaii holiday, it comes as no surprise that Morrison kept his power grab secret, at least until now. That doesn’t make it any less scandalous.

While no one is suggesting the behaviour was corrupt, it shows a contempt for proper process, a total lack of transparency and a deceit on the Australian public, who deserve, as a bare minimum, to know who their mother-loving ministers are.

Morrison’s entrenched and occasionally hysterical opposition to a federal integrity commission makes more sense now – any government content with this level of secrecy and paternalism is probably philosophically opposed to an institution whose ultimate aim is greater transparency.

Enid Blyton’s Secret Seven had better corporate governance and more democratic power-sharing. And they even had some girls in leadership positions.

The Opinion newsletter is a weekly wrap of views that will challenge, champion and inform your own. Sign up here.