Sarah Silverman has been outspoken about the stereotyping and portrayal of Jews in media. The comedian has used her platform to express her sensitivity, bringing awareness to the anti-semitism prevalent in the industry.

The Saturday Night Live alum recently voiced her displeasure about this perceived slight once again in her podcast, calling out the industry for snubbing Jewish actors out of roles she feels they should play.

Sarah Silverman felt like an outsider because of her Jewish heritage 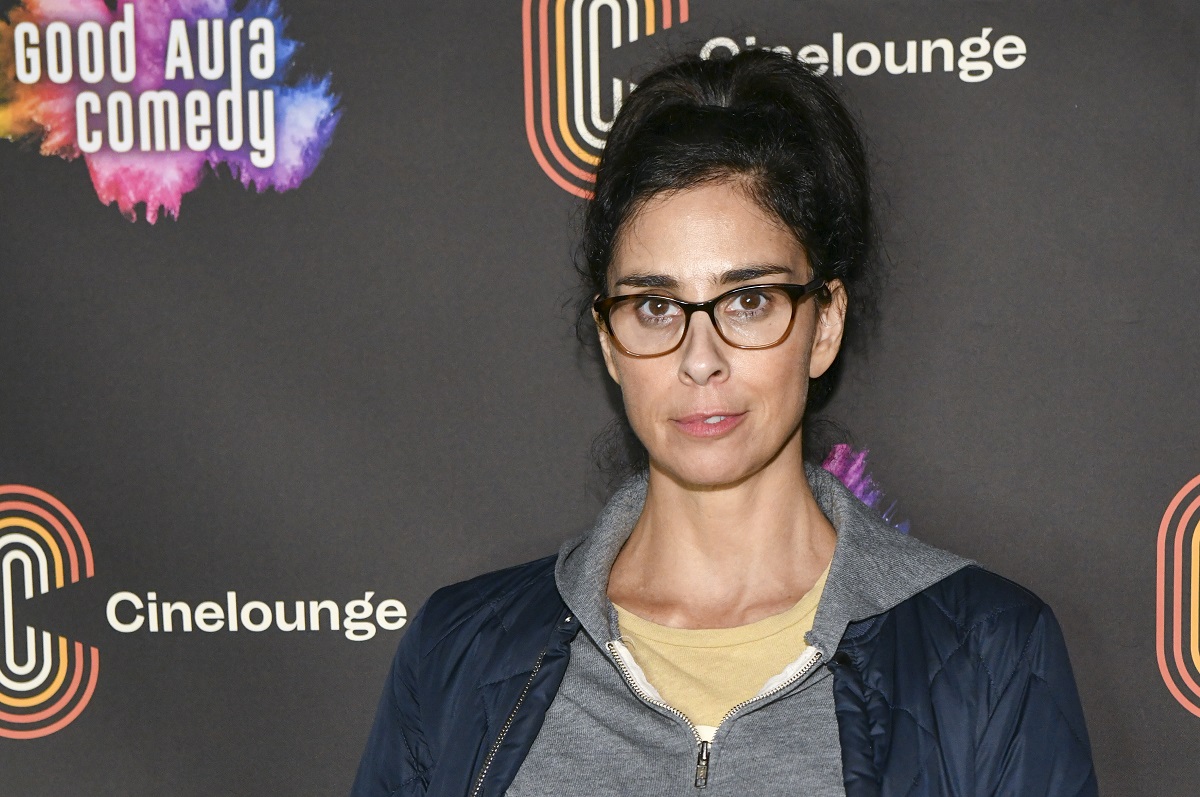 Sarah Silverman’s experience with anti-semitism and Jewish stereotypes stems from her childhood.

According to JTA.Org, Sarah Silverman revealed that she felt like an outsider growing up on the TV show Finding Your Roots. Her Jewish culture differentiated her from the other kids in her hometown of Bedford, New Hampshire.

“I was the hairy Jewish monkey in a sea of blond kids,” Silverman said.

Silvermen stated that, although her family wasn’t particularly religious, her being the only Jew in her circle made her feel Jewish.

“We had no religion, but because I had this kind of intuition, when I went to any friend’s house I made sure their parents knew I was not scary,” Silverman said. “You learn to ingratiate yourself, to be non-threatening, to be funny. As a comedian, you become funny as a survival skill – like the fat kid who makes fat jokes before others do.”

Silverman has carried this passion for her Jewish culture well into her adulthood and career. In a resurfaced interview with Piers Morgan, Silverman still experiences the otherness of her upbringing.

“I’m popular for a Jew,” Silverman told the CNN host. “I mean, if there’s one thing we should realize it’s, in general, the world hates Jews.”

Silverman broached the issue of Hollywood’s perceived negligence of Jewish culture once again in her podcast. On The Sarah Silverman Podcast, Silverman brought to attention the constant casting of non-Jewish actors in Jewish roles and how it fuels more anti-semitism.

The comedian brought up the topic when discussing Wandavision star Kathryn Hahn being cast as late comedian Joan Rivers, who was Jewish.

“And look, Kathryn Hahn did absolutely nothing wrong,” Silverman said. “But there’s this long tradition of non-Jews playing Jews, and not just playing people who happen to be Jewish. But people whose Jewishness is their whole being.”

Silverman later defined how someone non-Jewish playing a Jew role could be seen as Jew-face.

“Jew-face is defined as when a non-Jew portrays a Jew with the Jewishness front and center,” Silverman explained. “Often with makeup, or changing of features, big fake nose, all the Newyorkee or Yiddishie inflection.”

She feels that these types of casting decisions and portrayals cultivate a lack of sympathy toward Jews that’s intentional.

Silverman expressed further discomfort with this anti-semitism before. In an interview on The Howard Stern Show, Silverman also expressed frustration with Jewish representation in Hollywood.

“If there is a role that’s a Jewish woman…but she is courageous, or she deserves love, or she is altruistic in any way, she’s played by a non-Jew,” Silverman said according to Entertainment Weekly.

“I’m not saying nobody feels bad for us, but people really roll their eyes at Jews pointing out anti-semitism at all, because they’re just over it,” Silverman added. They saw the Holocaust movies, they’re like, ‘Next.’”

Sarah Silverman has also been the subject of public outrage after a picture resurfaced of the actor in blackface.

The picture was from an episode of her successful The Sarah Silverman Program comedy series, which ran for three seasons.

“I don’t stand by the blackface sketch,” Silverman said in an interview with GQ. “I’m horrified by it, and I can’t erase it. I can only be changed by it and move on.”

In a twist of fate, Silverman revealed on her podcast how her wearing blackface cost her a movie role where she would play a Jewish character.

“I was fired from a movie not long ago where I was going to play this very Jewish, Jewy character,” Silverman said, citing that the producers fired her after seeing her blackface picture.

She was later replaced by a non-Jewish actor, which she took offense to, but also found it ironic.

“It was ironically fitting, maybe,” Silverman said. “Watching a Gentile actor portraying a Jewy Jew feels like embarrassing and cringy.”