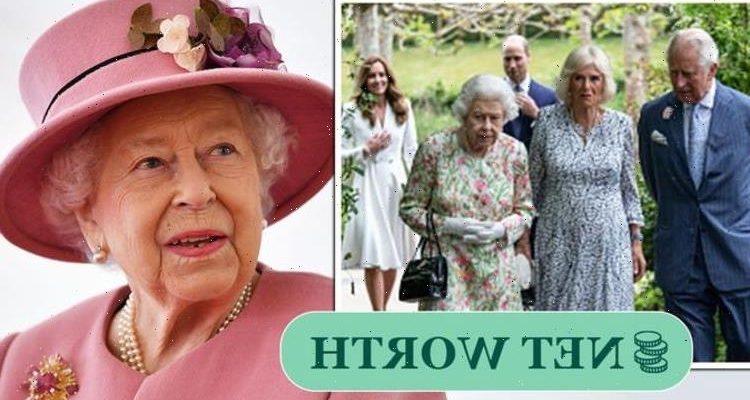 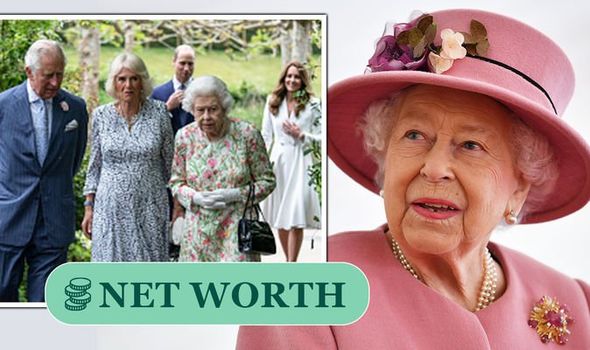 A full net worth for the Royal Family is difficult to estimate, but there are several ways  they make their money. As for how much the monarchy costs the British taxpayers, a report by British Heritage in 2019 revealed Queen Elizabeth II, 95, and her family cost £67 million during the previous year.

In 2017, Forbes estimated the family as a whole to be worth £65billion.

Then in 2019, it was reported that the Queen’s net worth alone was an estimated £365million according to the Times Rich List of 2021.

This is £15million more than the previous year.

How is the monarchy funded?

The Royal Family is funded through several revenue streams – some public and some private.

Most notably, they are funded by the Sovereign Grant and the Privy Purse.

What is the Sovereign Grant?

The Sovereign Grant, known as the Civil List until 2010, is actually a formal agreement between the Government and King George III, who in 1730, agreed to give his income from the Crown Estate in exchange for receiving an annual payout for him and his successors.

The reigning monarch ‘in right of the Crown’, that is, it is owned by the monarch for the duration of their reign, by virtue of their accession to the throne.

”But it is not the private property of the monarch — it cannot be sold by the monarch, nor do revenues from it belong to the monarch.”

In the fiscal year ending March 31, 2020, the Crown Estate pulled in more than £514million, with more than £349million in profits.

The Royal Family takes 35 percent of the Crown Estate income, which is also known as the Sovereign Grant.

As for the remaining 75 percent, that goes to the British Treasury.

The most recent Sovereign Grant was roughly £88million, which is used only for official expenses, including payroll, security, travel, official royal events and other housekeeping activities involved in the running of the monarchy.

As for the private expenses of the Queen and some of the other family members, they are supported by another allowance through the Duchy of Lancaster, also known as the Privy Purse.

What is the Duchy of Lancaster?

The Duchy of Lancaster comprises a portfolio of land, commercial and agricultural properties, and other assets that have belonged to the royals for generations.

The sum funds costs that are not covered by the Sovereign Grant – most expenses incurred by other members of the Royal Family.

In the most recent fiscal year, the Duchy of Lancaster reported a net profit of approximately £22million.

The Queen also has her own private assets.

She also owns an extensive private art collection and jewels passed down from previous monarchs.

Officially, the Crown Jewels are priceless.

They are not insured either, which means they’ve likely never been appraised.

However, estimates put the entire collection at £2.9billion.