The trailer for the ‘Real Housewives of Beverly Hills’ reunion is here — and Andy Cohen does not hold back when questioning Erika Jayne about her ex-husband’s legal troubles.

Erika Jayne has a lot to answer for on the upcoming Real Housewives of Beverly Hills reunion. Bravo released a dramatic trailer for the four-part event, set to air on October 13, and it’s just about as theatrical as any Housewives fan would expect. The first look has Erika, 50, in the hot seat as Andy Cohen questions her about ex-husband Tom Girardi‘s embezzlement lawsuit and alleged affairs.

“We’re gonna put you on a skewer, and I’m gonna fire up the barbecue,” Andy forewarned Erika, before diving into a blunt line of questioning. “Why didn’t you leave Tom sooner?” Erika responded, “Where was I going?” to which Andy said, “I know what you make on this show. Did you feel you were held captive?”

The host then turned to the rest of the cast, asking, “Who believes Erika did not know anything about what Tom was doing?” Andy later accused Erika of “manipulating the narrative” of her estranged husband’s cognitive decline. (The embattled former attorney, 82, has been diagnosed with late-onset Alzheimer’s disease and dementia amid his mounting legal troubles.) 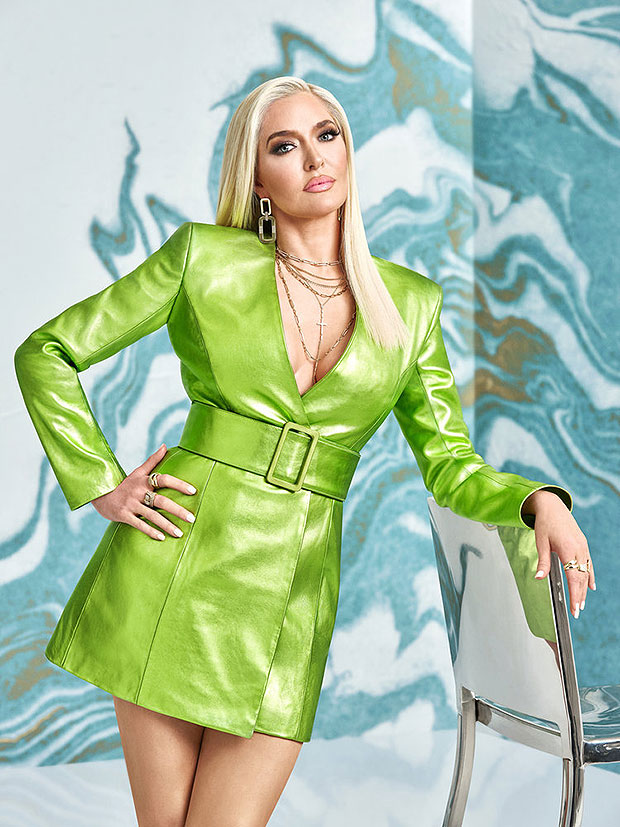 “It lands differently when there are air crash victims,” Andy later said, referencing the lawsuit. “Have you asked him if he did it?” he later asked, prompting Erika to get emotional and begin crying. In December 2020, Tom and his firm were accused of embezzling funds meant for the families of victims of a 2018 plane crash. The lawsuit also accused Erika and Tom of orchestrating a “sham” divorce to “fraudulently protect” their finances amid the legal troubles.

Erika, for her part, has denied the claims of a “sham” divorce. She addressed the allegations in a July 14 episode of RHOBA. “Divorce is very painful. And then to have it called a ‘sham’ is even more painful,” Erika said. “It took a lot of courage to leave, and it took two seconds for some a**hole to say it was a sham and everyone to believe it.” When asked about when she found out about the suit, Erika said “I can’t answer that,” but later maintained that she had “nothing to do with it.”