A federal expansion of hotel quarantine could be delayed until April as cyclone season disrupts plans for a key facility in the Northern Territory at the same time as the Victorian government calls for cuts to the system in the major cities.

While the former mining camp in Howard Springs near Darwin already has 850 places for international arrivals, the NT government believes it should not add more until the region comes out of cyclone season in about two months. 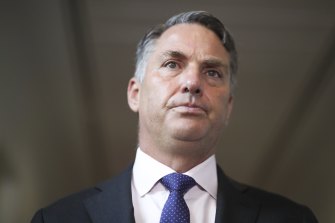 Prime Minister Scott Morrison has dismissed arguments for a federal takeover of the hotel quarantine system, declaring “we’re not going to be running it” and insisting states are doing a good job.

But federal Labor is demanding a federal intervention to take the load off the states, arguing the international border is a federal responsibility.

“The states have been put on the front line here but it’s actually the federal government’s responsibility and they’re the ones who have gone completely missing.”

The federal government says about 440,000 Australians have returned since the start of the coronavirus pandemic but about 37,000 remain overseas and are seeking help to come home.

About 220,000 people have been processed in hotel quarantine, with roughly 125,000 in NSW and 36,000 in Victoria, but a review by former public servant Jane Halton last year recommended more “surge” capacity in the system.

Ms Halton did not recommend a federal takeover but named Howard Springs as a good candidate as an emergency centre because it had a capacity of about 3000 beds.

While Labor leader Anthony Albanese has said several times that Ms Halton recommended Exmouth in Western Australia as a quarantine location, her report named the Learmonth base near Exmouth but did not recommend it.

The federal plans focus on Howard Springs but do not envisage taking it to 3000 places, with a more modest expansion to 2000 places being discussed in recent days.

The government has pushed back at other options such as remote locations on the grounds that these would be too far from airports, hospitals, quarantine workers, food supplies and other support services.

Victorian Premier Daniel Andrews, who last week aired the idea of cutting weekly hotel quarantine arrivals to his state, said there were a “number of discussions” about alternative sites for hotel quarantine and he wanted a national cabinet discussion about the system.

Mr Andrews cited negotiations by Queensland Premier Annastacia Palaszczuk to set up a quarantine centre in Toowoomba with 1000 places, in a deal with construction firm Wagners.

“At some sites with very large amounts of space and an international airport located just next door, that’s obviously got some real strength,” Mr Andrews said on Monday.

“That could work well for, say, charter flights, where the Australian government can direct those flights to land wherever they choose.

“I doubt that would work quite as well for some of the commercial flights that are coming back. I expect they would want to land at Melbourne Airport.

“Hopefully we can have a productive discussion at national cabinet.”