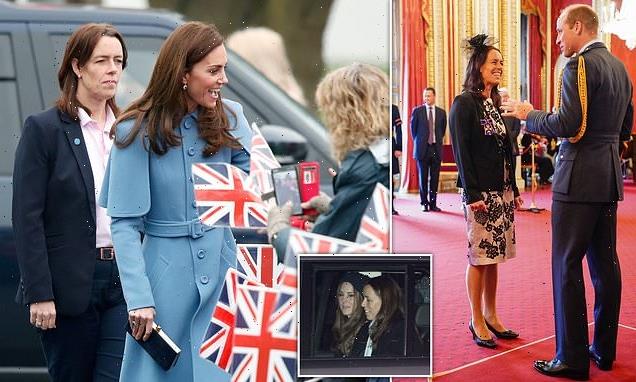 Honour for Kate’s bodyguard: Princess of Wales’s close protection officer of 12 years is made a member of the Royal Victorian Order by Prince William in recognition of her service

The Princess of Wales’ faithful bodyguard, Sergeant Emma Probert, has been awarded with a royal distinction this afternoon.

Emma, who was assigned to Kate Middleton’s Royal Protection Unit in 2010, was made a member of Royal Victorian Order on the Birthday’s Honour list last year.

She beamed as she received the distinction from the Prince of Wales at Buckingham Palace today.

The title is awarded to individuals who have personally served the Monarch with distinction.

Emma has accompanied the Princess of Wales on countess of royal engagements since her wedding to Prince William in 2011. 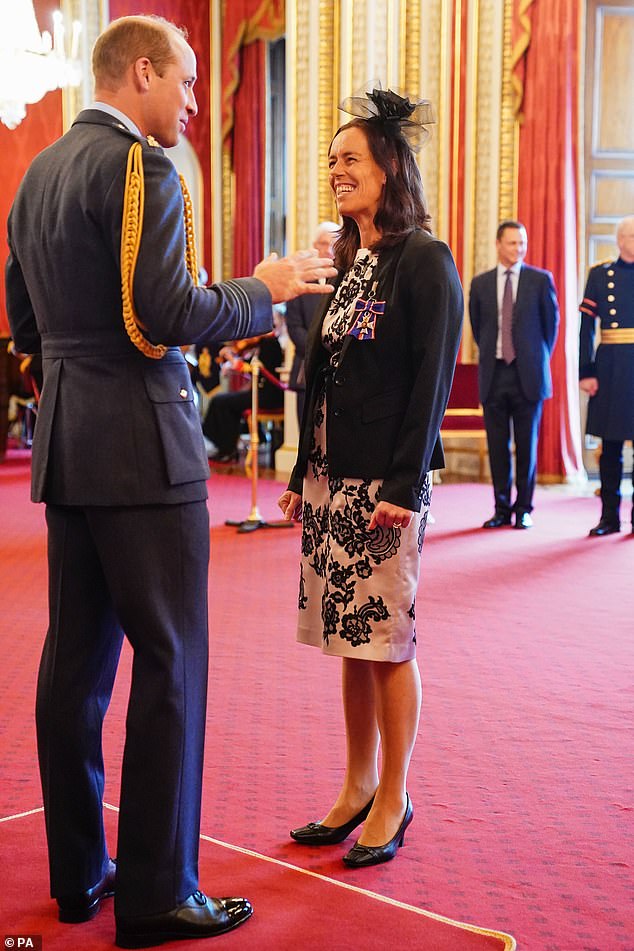 The Princess of Wales’ faithful bodyguard, Sergeant Emma Probert, has been awarded with a royal distinction this afternoon and was made member of the Royal Victorian Order by Prince William at Buckingham Palace 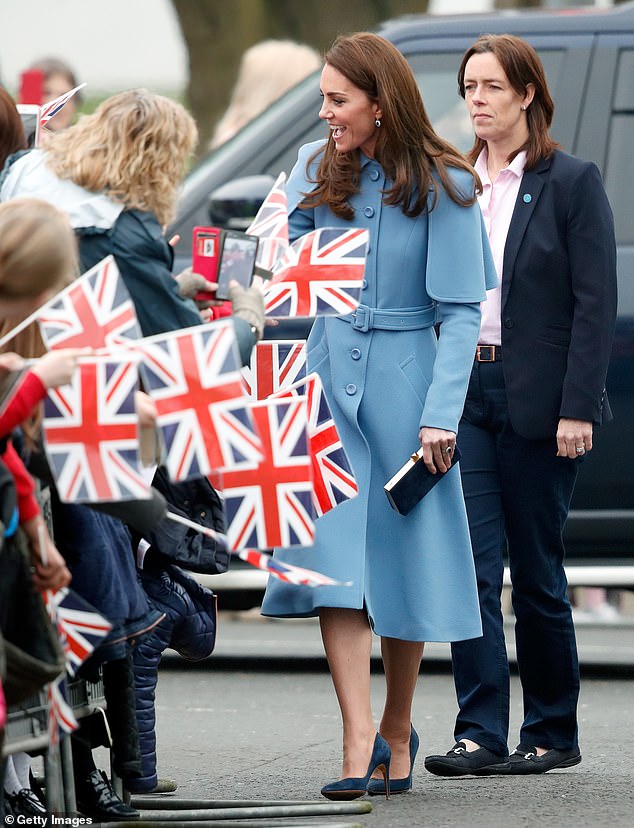 Emma has been responsible for Kate Middleton’s security since 2010, and has accompanied her on countless engagements (pictured in Northern Ireland in 2019) 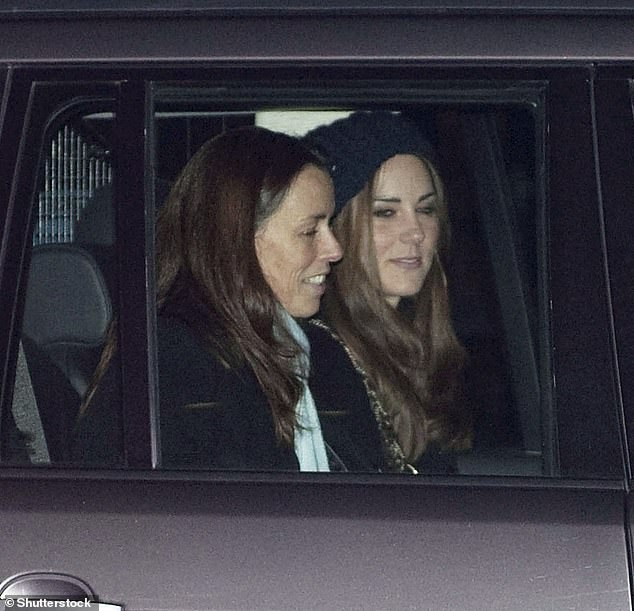 The Princess of Wales has been counting on Probert’s service since before her royal wedding in 2011. Pictured together in 2010

The discreet figure has been responsible for the security of the mother-of-three since her first steps into royal life, and had to step up to the mark in order to ensure the Princess remained safe on a number of occasions.

Sergeant Probert, a member of Scotland Yard’s Protection Squad is trained in martial arts and also carries a 9mm Glock pistol and a Taser stun gun at all times when with the royals.

She is also thought to wear a stab vest while on duty with the royals.

Before working for Kate, Probert was in charge of the security for Princesses Beatrice and Eugenie. 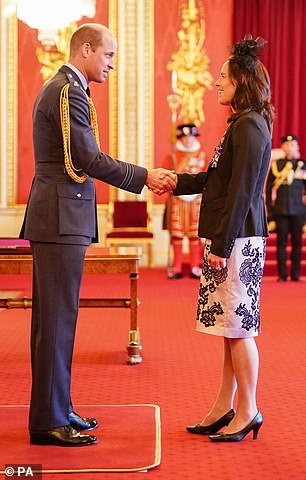 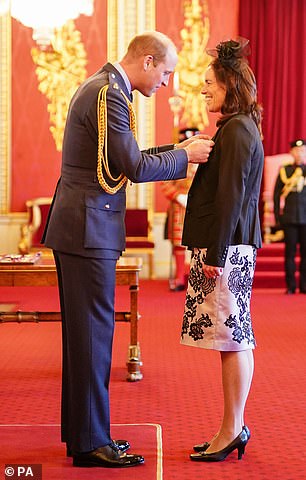 Emma, who was dressed in a floral dress with a discreet fascinator, beamed as she shook hands with the Prince of Wales, left, and received her tittle today

Placed in charge of the Duchess’ protection in 2010, Sergeant Probert was said to have ‘hit it off’ with Kate from the outset and was in the front seat of the Rolls Royce that took her to her 2011 wedding.

The policewoman was also among the first on the scene of the Tavistock Square bus bombing where Hasib Hussein had detonated a device concealed in a rucksack during the 7/7 attacks – a terrorist incident which claimed 52 victims in total.

In 2015, she closely followed the then Duchess of Cambridge during the christening of Princess Charlotte at St. Mary Magdalene Church in Sandringham. 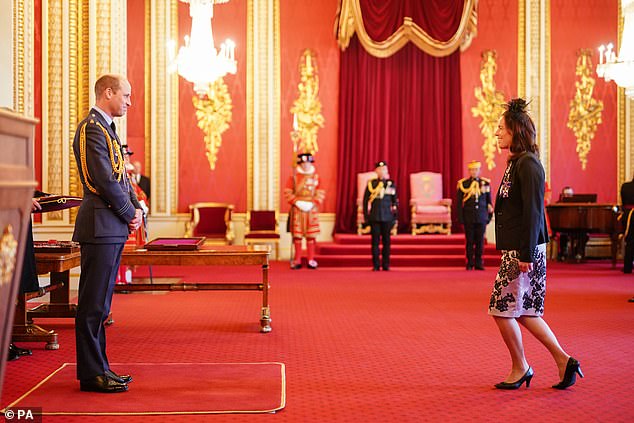 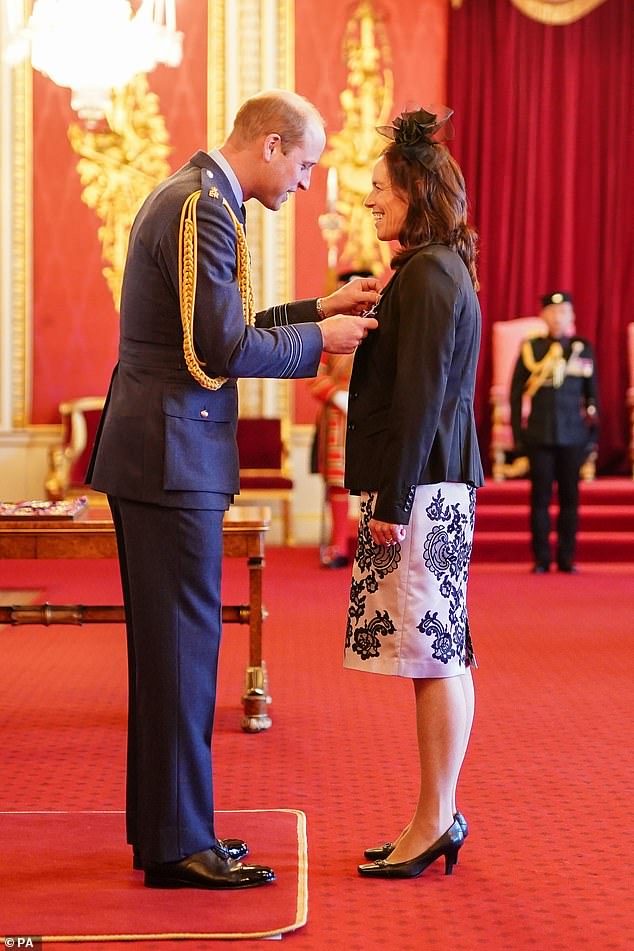 Her role was highlighted when Camden duty inspector David Nasmyth-Miller was awarded an MBE in the 2007 New Year Honours List for his calm handling of officers and resources during the attack.

He said at the time: ‘I am delighted and humbled to receive this honour and would like to thank those who worked alongside me on the day, especially my sergeants, and in particular Probert.’

Throughout her years of service, Probert had to overcome tragedy in her personal life after her husband’s sudden death.

Expert skier Michael Probert, 42, died after he lost a ski and crashed into a wooden post while on holiday with his wife in the French Alps on March 15, 2009. 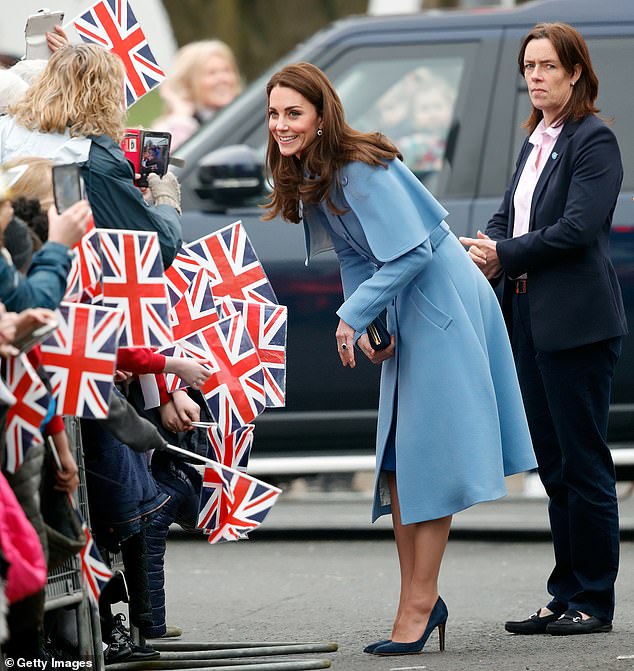 Emma, who carries a gun and a taser gun, as well as a stab vest, has been by Kate’s side for more than 10 years 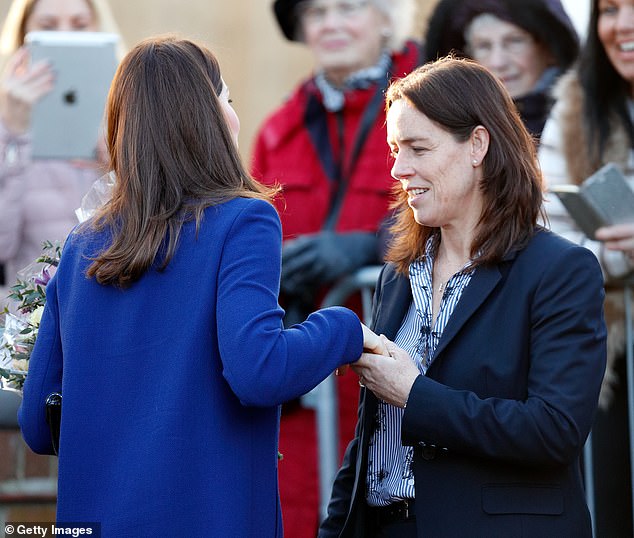 The sergeant was one of the first responders on the scene of the 7/7 attacks in London, and was praised with how she handled the situation 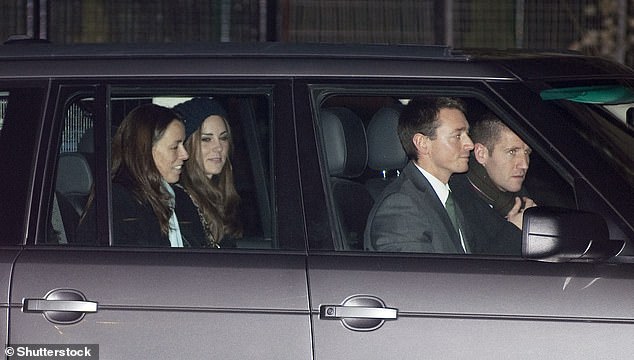 Pictured: Emma and Kate sat together during an outing in December 2012 before Kate had officially married into the Royal Family

An inquest into his death in 2011 was told how, on the first day of their skiing trip, the couple headed down an easy blue run but Mr Probert lost a ski from his boot.

The keen sportsman managed to stay upright on one ski for a time but then fell and smashed into a wooden post – one of only four not protected by safety padding.

He plunged down a steep slope as his horrified wife looked on.

Despite wearing a safety helmet, Mr Probert, an officer with the Met Police for more than 20 years, died from head injuries.

A French police report found his hired skis were adjusted properly, but the binding on one of them suddenly shattered into pieces, causing the horror accident.

The report could not determine if the catastrophic failure was due to a manufacturing fault.

One witness said Mr Probert, who also ran a building company, fell heavily onto the snow, which was hard after a very cold night.

He lost balance and blacked out after sustaining multiple injuries.

Sgt Probert was too upset to comment immediately after her husband’s death.

But a friend, who asked not to be named, said: ‘They made a lovely, incredibly friendly, couple and loved going skiing together.

‘Mike’s death and the way it happened were absolutely devastating for Emma.’