Prince Harry was reportedly the driving force behind the Sussexes’ exit from the royal family and not Meghan, Duchess of Sussex, as the term “Megxit” would have you believe. The insinuation that Meghan was to blame for the move “angered” Harry, according to one royal expert. 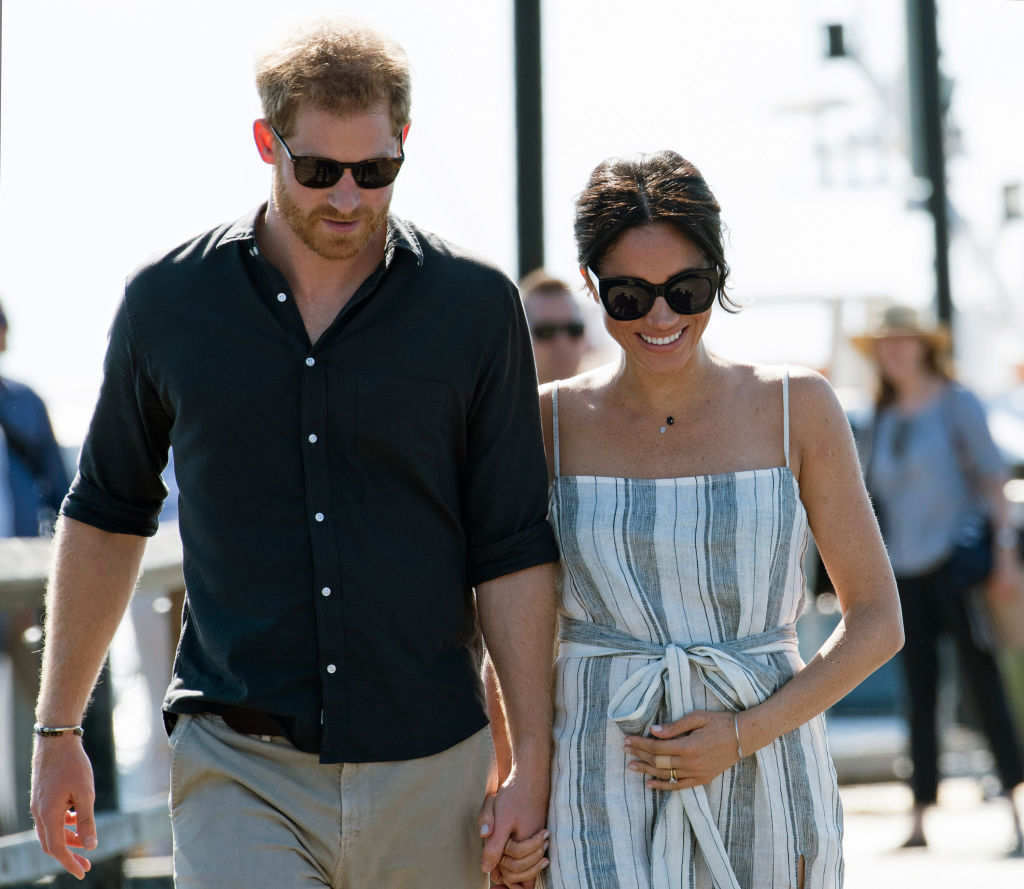 In January, Prince Harry and Meghan made a bombshell announcement — a plan to take a step back from their royal duties. Queen Elizabeth worked with the couple to make their plan a reality but there were some things the Sussexes had to give up, including the use of their HRH titles and any public funding.

Following the announcement of the exit plan’s final details, Prince Harry spoke at a dinner for supporters of Sentebale about why he and Meghan felt they had to make this dramatic move.

“The decision that I have made for my wife and I to step back is not one I made lightly. It was so many months of talks after so many years of challenges. And I know I haven’t always gotten it right, but as far as this goes, there really was no other option,” Prince Harry said at the time.

The exit was blamed on Meghan

After they shared their plans and the final exit date ofMarch 31 was determined, their decision to leave the royal family became knownas “Megxit,” a term that Prince Harry reportedly wasn’t happy about, as he wasthe one who pushed for the exit.

The upcoming tell-all book Finding Freedom is expected to shed more light on their decision and departure, with a source telling The Sun that Prince Harry was “angered” by the angle many media outlets used in their reporting.

“That word ‘Megxit’ in particular has always angered PrinceHarry,” the source explained. “It gives the impression that the decision towalk away from the royal family was Meghan’s.”

The insider continued, “The reality is Harry drove thatdecision. The book will make that clear and explain why it had to happen.”

“The truth is Harry had been unhappy for a long, long time,”they further explained. “He wanted to move in the direction that they did andhad been considering it for more than a year.”

“Meghan supported Harry’s decision,” the source shared. “But there was more than one occasion where she asked him if he was certain it was what he wanted. And she always made it clear she would support him in whatever he did.”

‪This evening The Duke and Duchess of Sussex accompanied Her Majesty The Queen and members of @TheRoyalFamily to the annual @RoyalBritishLegion Festival of Remembrance. This special event, which has taken place every year since 1923 at the @RoyalAlbertHall, commemorates all those who have lost their lives in conflicts.‬ • ‪This year’s Festival marked the 75th anniversary of a number of crucial battles of 1944, with a particular emphasis on the collaboration and friendship of the British, Commonwealth and Allied armies who fought them. A unique tribute was given to acknowledge those involved both past and present, culminating in a special parade of some of the last surviving veterans who fought and served in 1944.‬ • ‪Their Royal Highnesses, who last year attended their first Festival of Remembrance together, were honoured to once again pay tribute to all casualties of war and remember those that have made the ultimate sacrifice for their country.‬ ‪#FestivalOfRemembrance ‪#WeWillRememberThem‬ Photo © PA / Royal British Legion

Prince Harry had hinted at their exit

Prince Harry indicated that the plan to leave their royal duties had been a discussion that had been happening for months and it appears he dropped a hint about their exit to anthropologist Dr. Jane Goodall in 2019.

When Dr. Goodall was interviewed by Prince Harry for theVogue issue that Meghan guest-edited, she learned of the Sussexes’ possibleexit plan.

Goodall spoke with Daily Mail Weekend Magazine and recalled visiting the couple at Frogmore Cottage when Prince Harry hinted that he and Meghan might be getting away from their royal life.

“At the end [of the conversation] Meghan came in to listenwith Archie,” Goodall shared. “He was very tiny and very sleepy — not toopleased to be passed from his mummy. I think I was one of the first to cuddlehim outside the family.”

“I made Archie do the queen’s wave, saying, ‘I suppose he’ll have to learn this,’” Goodall explained. She said that Harry remarked, “No, he’s not growing up like that.”

‘The Old Guard’ Director Gina Prince-Bythewood On Being The First Black Woman To Tackle A Big-Budget Comic Book Movie: “I Wanted My Shot” – Deadline Q&A

Ben Affleck & Ana de Armas haven’t been photographed together since the WaPo story
We and our partners use cookies on this site to improve our service, perform analytics, personalize advertising, measure advertising performance, and remember website preferences.Ok