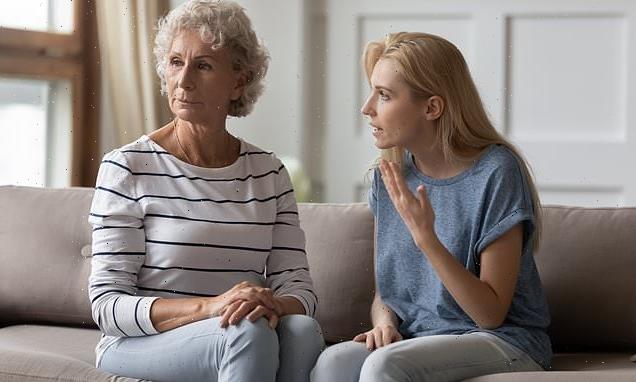 An expectant mother has revealed her fury at being told her mother-in-law is refusing to call her unborn baby by the name she has chosen because she thinks it sounds too ‘hippy’.

The unnamed mother-to-be, from Jarrell, Texas, is 36 weeks pregnant and told Reddit users that she intended to name her daughter ‘Luna Scarlett,’ which her mother-in-law hates.

Her relation is insisting she will only call the baby by her middle name, because Luna is too ‘hippie,’ prompting the mother-to-be to share the story, asking other parents for advice.

People agreed her mother-in-law was being disrespectful by inferring her opinion in the name-picking process. Some joked the mother should pick an even more outrageous name to ‘really set the mother-in-law off’. 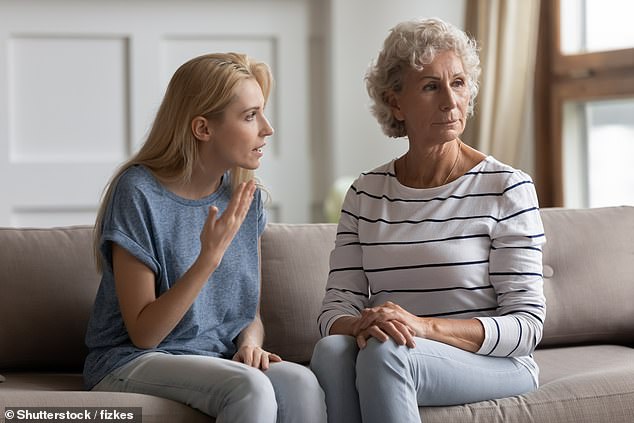 A mother-to-be from Jarrell, Texas, revealed her mother-in-law refused to call her unborn baby by her first name because she thought it sounded like ‘hippie moon c***’. The name selected was ‘Luna’ (stock picture)

‘I’m 36 weeks pregnant and my mother-in-law has been insisting that she’s going to call my daughter, Luna Scarlett, by her middle name instead of her first name,’ the mother revealed.

The mother-to-be said she didn’t care at first, because many people in her husband’s family were called by their middle names.

‘But then she told me she didn’t like the name Luna, because it sounds like ‘hippie moon c***”,’ the mother added.

The expectant mother said she now wanted to insist that the mother-in-law called her unborn daughter by the name she had picked because she thought her behaviour was ‘disrespectful.’

The mother-to-be explained she didn’t have an issue with the mother-in-law to begin with, until she revealed she thought the name Luna was ‘hippie moon c***’

People said they hadn’t revealed the name of their unborn children so that their family members couldn’t infer with their opinions.

‘This is one of the reasons we didn’t share our son’s name and won’t be sharing our new baby’s name until after they’re born. Even if people don’t like it, they’re less likely to share their opinions once the name already belongs to the child,’ another person wrote.

‘That is incredibly disrespectful. Not to mention the fact that Luna is a beautiful name,’ said another.

‘This is very disrespectful in my opinion. That’s why I kinda hate disclosing what i plan to name my children. If i were you I’d stand my ground and demand that she calls her Luna or don’t call her at all. Sounds like a personal problem to me,’ another chimed in.

‘Yes – so disrespectful. 100% agree with your insistence that she calls her Luna! How rude,’ one person wrote.

One person noted the mother-in-law won’t stop at the name pick, but was likely to question the mother-to-be on future parenting decisions as well.

‘And it won’t stop with a name. It will progress into, how you raise them, what your choices are, and then as they get older, what their choice are. Be aware that this could only be the start of something,’ they said.

Some people joked the expecting mother should set off the mother-in-law by suggesting even more outrageous names.

‘Name her Luna Luna. Lol she won’t have a choice,’ one said.

‘My parents actually did this. My paternal grandma HATED their name suggestions because they were “too hippy”,’ one person said.

‘It was mostly just flower names that she had a problem with for some reason. So they just upped the ante and started suggesting names like Moonflower and Raindancer just to set her off,’ they added.

Some other people suggested a radical approach and to tell the mother-in-law she couldn’t see the baby unless she called her by her first name.

‘Tell her if she can’t address the baby correctly, then she can’t see her so many people in here put up with too much c***. Set your boundaries and enforce them,’ one said.