STERLING has hit a near ten-year low against the euro falling to €1.0724 this morning ahead of a No Deal Brexit.

Britain is set to leave the European Union (EU) by October 31, 2019, but if it can't agree trade, customs and immigration rules in time it will exit without a deal. 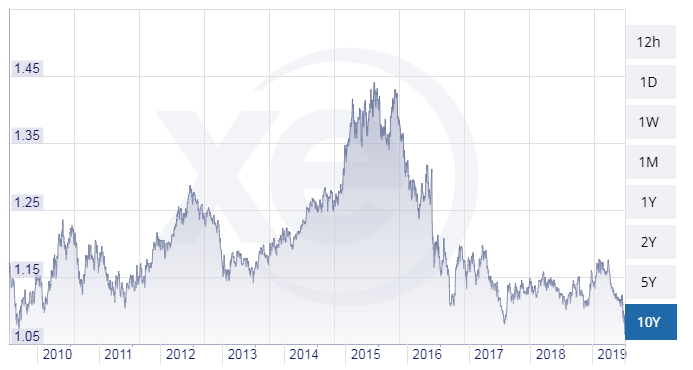 New Prime Minister, Boris Johnson, has said he is prepared to leave the union without a deal if it's the only way we can "Brexit" on time.

But the pound has taken a battering since the referendum to leave the EU in June 2016.

It last dipped to these sorts of lows during the height of the financial crisis in 2009 where it fell to its lowest point in the past ten years of €1.0625. 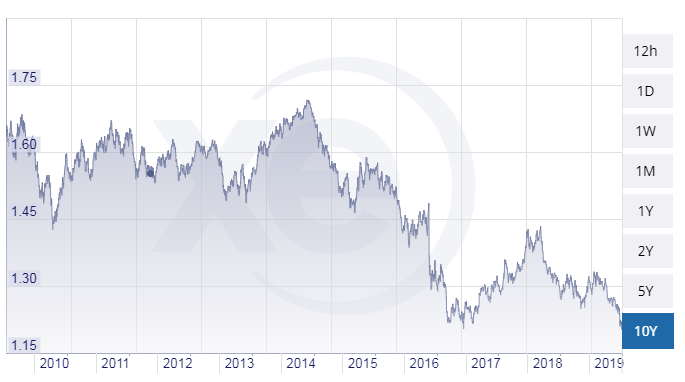 It's also the lowest point for the pound against the dollar in the past ten years.

Andy Demetriades, director of treasury solutions and partnerships at exchange firm Caxton says all eyes are on the pound to see what happens next.

He said: "All eyes will be on the psychologically important 1.20 level versus the dollar and 1.07 versus the euro, both rates not seen since the night of the referendum itself."

Is now a good time to buy or sell currency?

IF you're heading off on holiday or have just arrived home and are wondering whether now's a good time to buy or sell currency. Here's what you need to know:

Exchange rates are constantly changing and can go up and down because of any number of reasons.

This means it's almost impossible to even try and time the market, all you can do is make sure you get the best deal when you buy or sell.

Use MoneySavingExpert.com’s Travel Money Maximiser tool to compare rates if you're taking cash – it'll tell you where you can buy your cash for less.

"This diminishes the impact of rate moves (good ones as well as bad)."

And never buy currency at the airport or other ports – it will always cost more.

Use Money Saving Expert's Travel Money Max tool to compare buy back rates to make sure you're not ripped off.

Here's the latest on whether a No Deal Brexit is still a possibility for the UK leaving the EU.

But former Labour leader Gordon Brown has warned that a No Deal Brexit risks breaking up the UK and claims Britain faces "oblivion".

Despite the uncertainty, a new poll reveals Tories are Sun readers’ favourite party once again thanks to Boris Johnson.