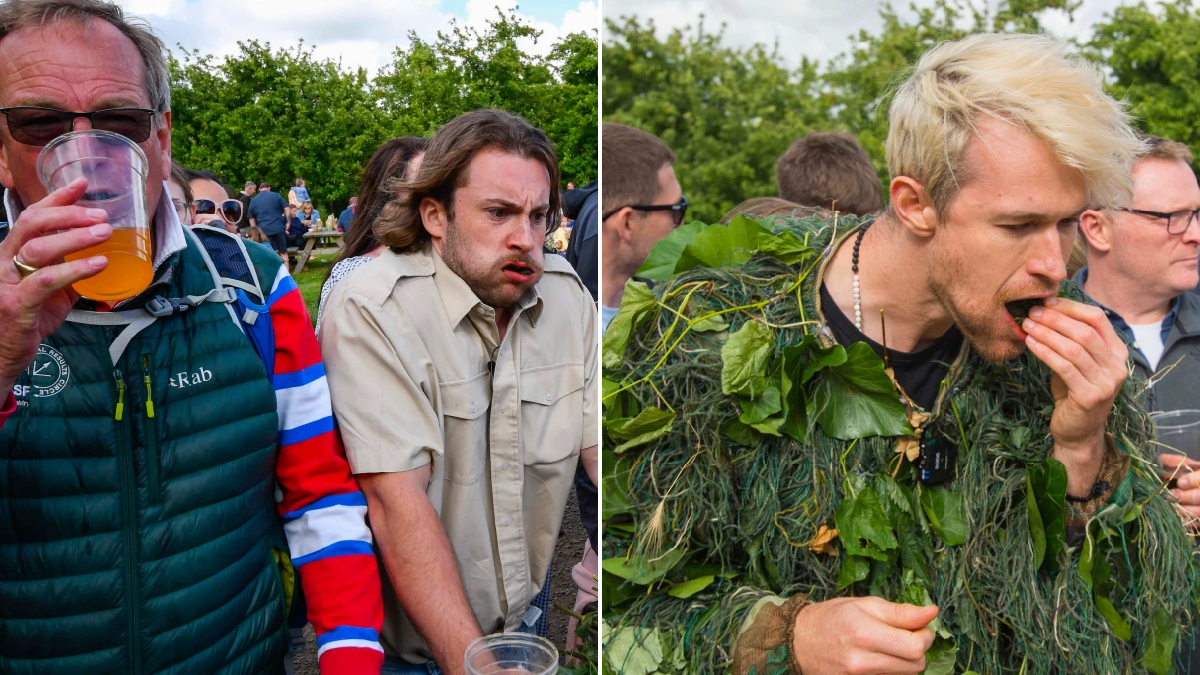 One of the world’s most bizarre competitions returned this weekend, after a three-year hiatus.

Men and women lined up to chew and grimace as they took part in the World Nettle Eating Championships.

The challenge for competitors was simple: eat as many 2ft-long nettles as possible in one hour.

So who came out on top?

Lindie Rogers won the 2022 women’s competition, after rather impressively putting away 42ft of nettles.

While for the men’s challenge, the two top front-runners could not be separated and required a tie-breaker – with an individual named Niall scooping the top spot.

This year, the event was held at Dorset Cider Nectar Farm in Waytown for the first time – as the pub that previously ran the annual competition closed down in 2020.

Ryan Strong, a partner at the Dorset Cider Nectar Farm, said: ‘I thoroughly enjoyed visiting this event over the years and I came second in the competition the last time it was held.

‘My chin stung for hours afterwards, but it was a great competition and a real community event.

‘It was a brilliant occasion and quite ridiculous as well to be honest, people eating nettles voluntarily!

‘There was a lot of grimacing, fingers stinging and black mouths, but they still seemed to be thoroughly enjoying themselves.

‘People were watching avidly for the whole time, which is incredible.

‘It was great to bring it back.’

The origins of the unusual event go back to two farmers in the 1990s, who had a light-hearted competition on who could grow the longest stinging nettle.

The winning farmer produced a 15ft long nettle, which the loser had to eat.

An individual (rather aptly) named Philip Thorne holds the record for nettle-munching – after scoffing a huge 104ft worth of stinging nettle plants in 2018.