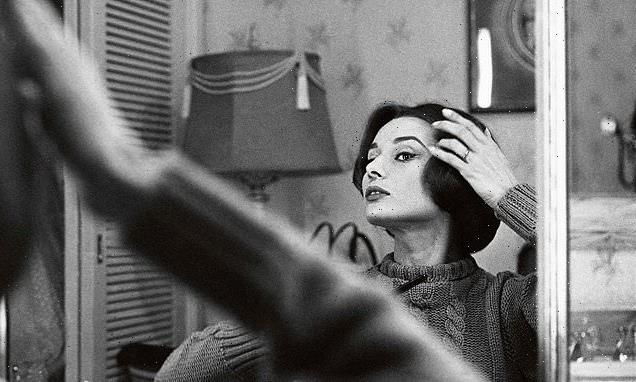 Hollywood at Home: Black-and-white portraits of Golden Age stars including Marlon Brando and Audrey Hepburn cooking and relaxing during the 1950s and ’60s

Hollywood photographer Sid Avery made a lifelong career out of catching the biggest stars in their most unguarded and private moments. His subjects included some of Tinseltown’s biggest names, from Marlon Brando to Audrey Hepburn. His portraits of movie legends are seen in his book, The Art of the Hollywood Snapshot. Scroll through to see more… 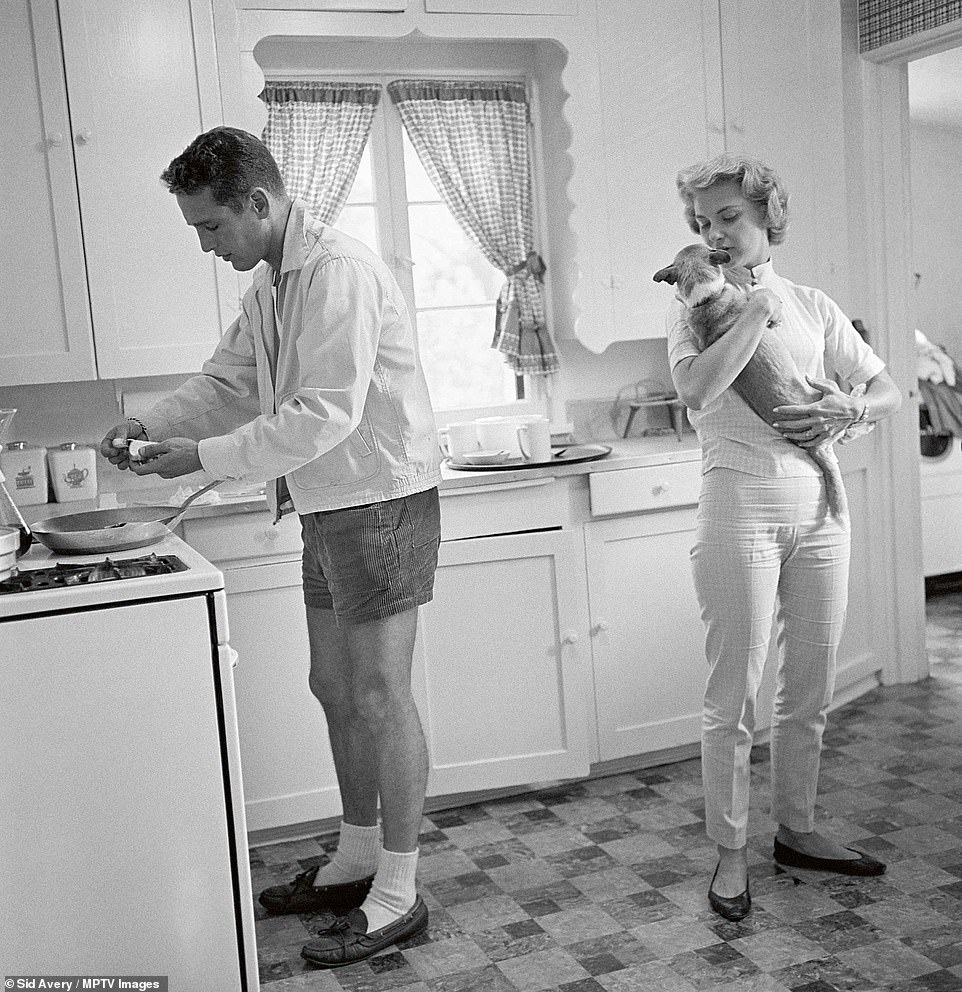 From the 1940s until the 1960s, photographer Sid Avery captured Hollywood’s Golden Age greats. In his book, The Art of the Hollywood Snapshot, Avery offers moments like the one above of Paul Newman and Joanne Woodward photographed at home in Beverly Hills in 1958. Newman had a decades-long career that included films like Cool Hand Luke, Butch Cassidy and the Sundance Kid and The Sting. He won an Oscar for his performance in the 1986 film The Color of Money. Newman and Woodward, a well-known and award-winning actress, were married for 50 years until his death at the age of 83 on September 26, 2008. Above, Marlon Brando photographed in his Beverly Glen home for the Saturday Evening Post article, ‘The Star Who Sneers at Hollywood,’ June 6, 1953. Brando had been acting for years when he gained attention for his turn as Stanley Kowalski in the 1951 film adaption of the Tennessee Williams play, A Streetcar Named Desire. He went on to have a successful career as an actor for six decades and is known for roles in movie juggernauts such as The Godfather. Brando died at the age of 80 on July 1, 2004. 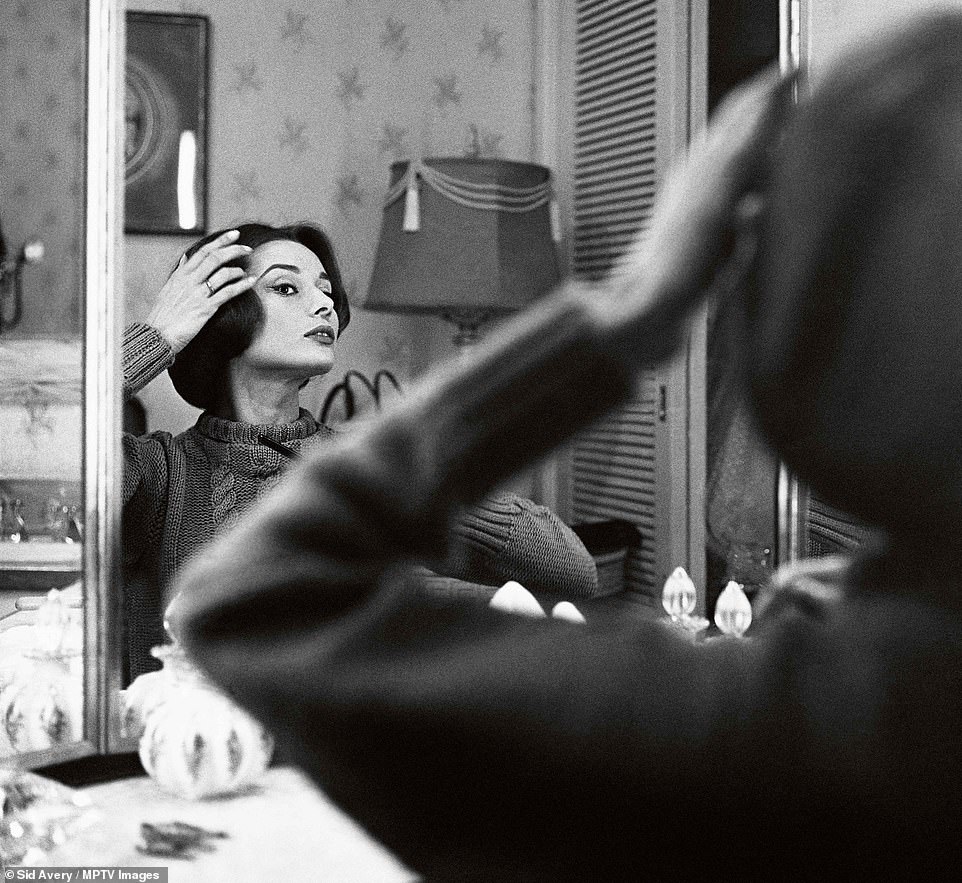 Audrey Hepburn, above, at home in Los Angeles, 1957. A movie star and fashion icon known for her grace and style, Hepburn shot to stardom with 1953’s Roman Holiday, which earned her an Oscar, a Golden Globe and a BAFTA. She was in numerous successful films: Sabrina, Funny Face, Breakfast at Tiffany’s and My Fair Lady to name a few. Hepburn, who lived through World War II, later on devoted herself to UNICEF. She died at the age of 63 on January 20, 1993. 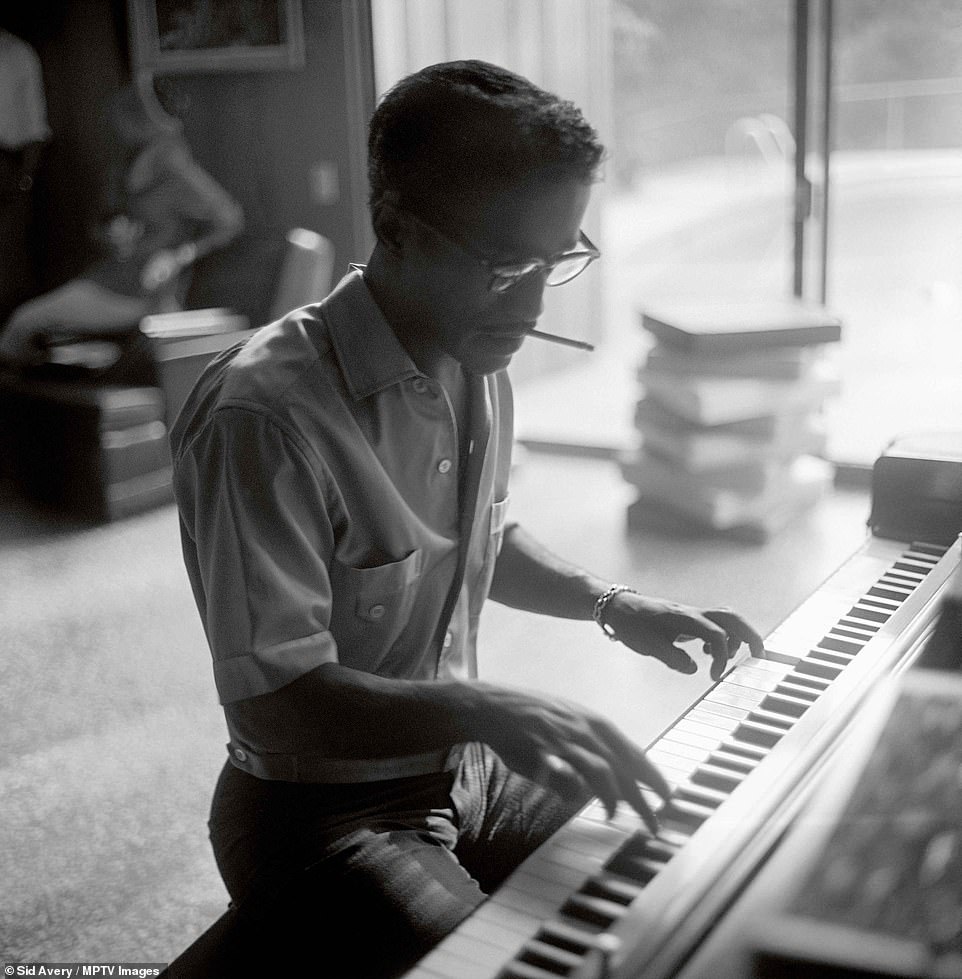 Sammy Davis Jr, pictured above playing the piano at his Hollywood Hills home, was a name synonymous with cool. His career began in vaudeville when he was a child. He then conquered the clubs and Broadway, and was a member of the Rat Pack, which starred in the 1960 classic Ocean’s 11. He went on to host his own revue, The Sammy Davis Jr. Show, and had hits like The Candy Man. He died at the age of 64 on May 16, 1990. 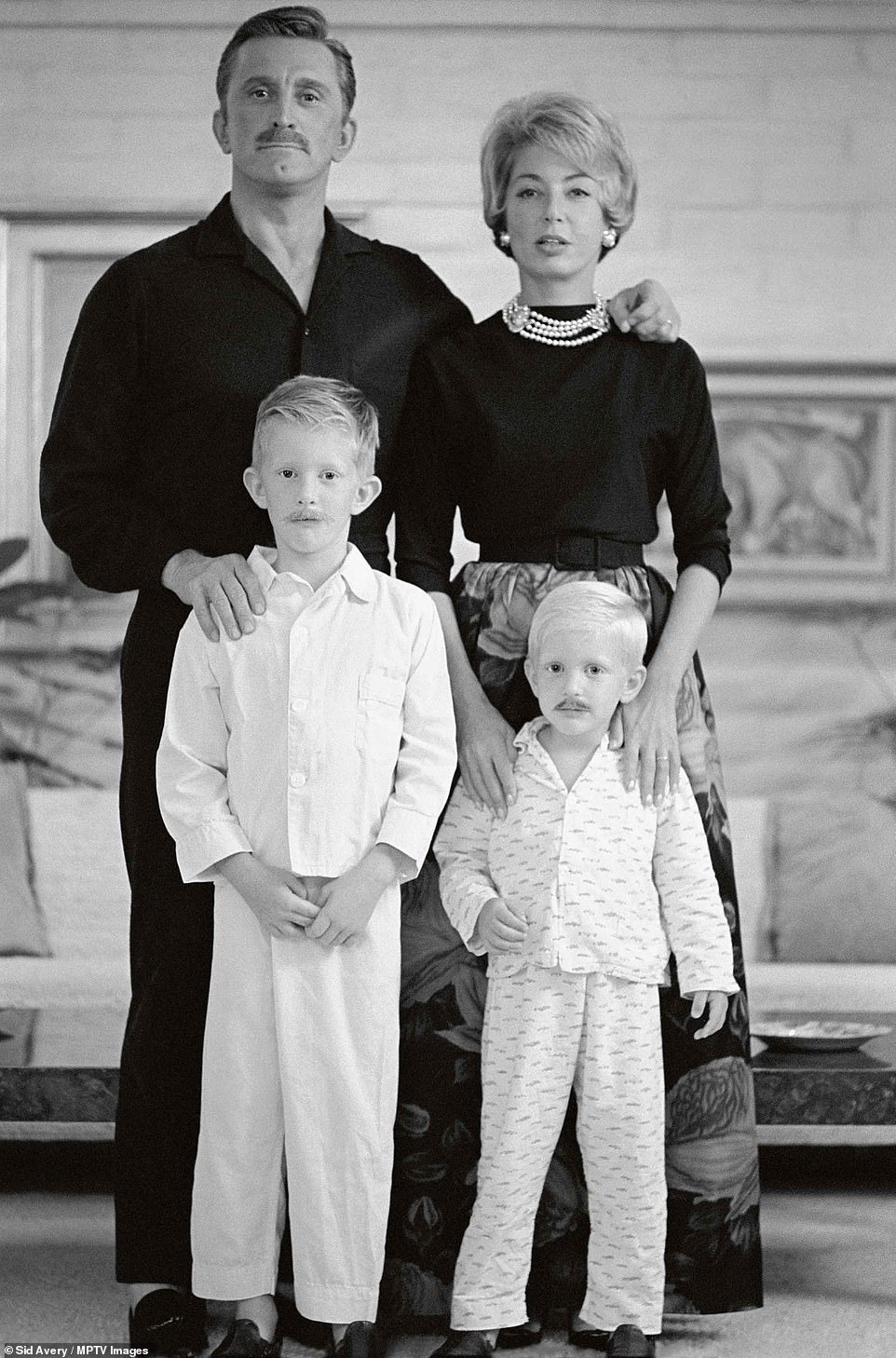 Above, Kirk Douglas photographed at home in Beverly Hills with his wife Anne and sons Peter and Eric for the Saturday Evening Post article, ‘My Awful Wedded Husband,’ November 24, 1962.  Douglas died on February 5, 2020 at the age of 103. When he died, tributes poured in for the leading man who starred in some 60 feature films and was  best known for the 1960 hit Spartacus. Douglas was married to his second wife, Anne Buydens, for over 65 years. With his first wife, Diana, he had two sons: Joel and famous actor Michael Douglas. 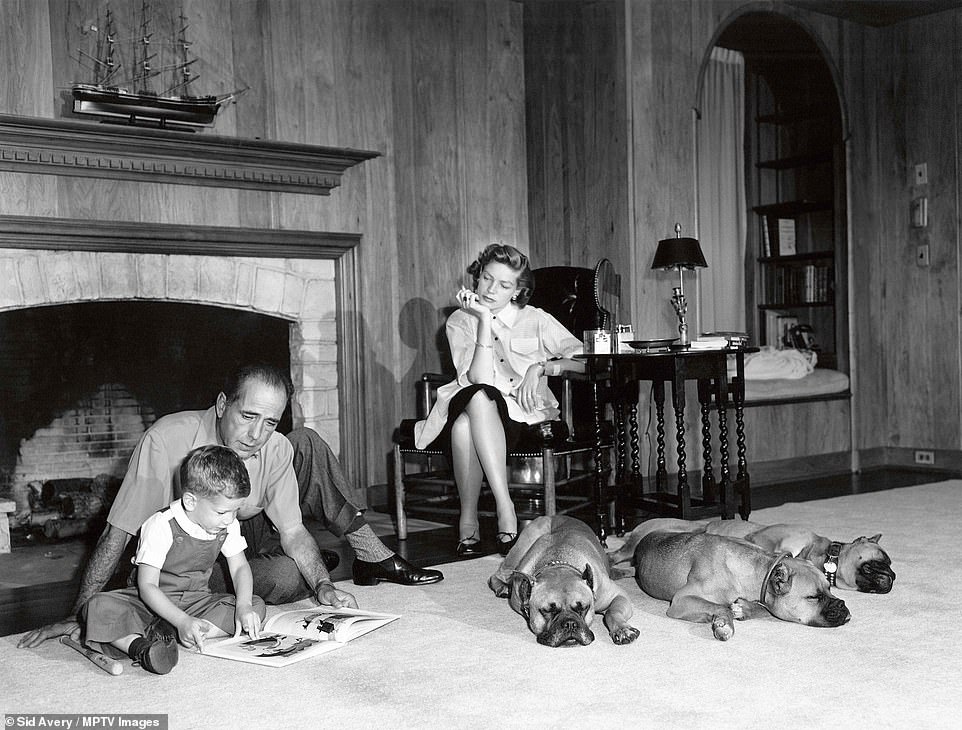 Screen legend Humphrey Bogart at home with his wife Lauren Bacall and son Stephen for the Saturday Evening Post article, ‘The Adventures of Humphrey Bogart,’ August 2, 1952. Bacall was 19-years-old when she made her film debut in 1944’s To Have and Have Not. She also met fellow actor and star, Humphrey Bogart, and the two married in 1945. Bacall starred in many films including 1953’s How to Marry a Millionaire with Marilyn Monroe and Betty Grable. The couple were married until Bogart’s death at the age of 57 on January 14, 1957. Bacall died at the age of 89 on August 12, 2014. 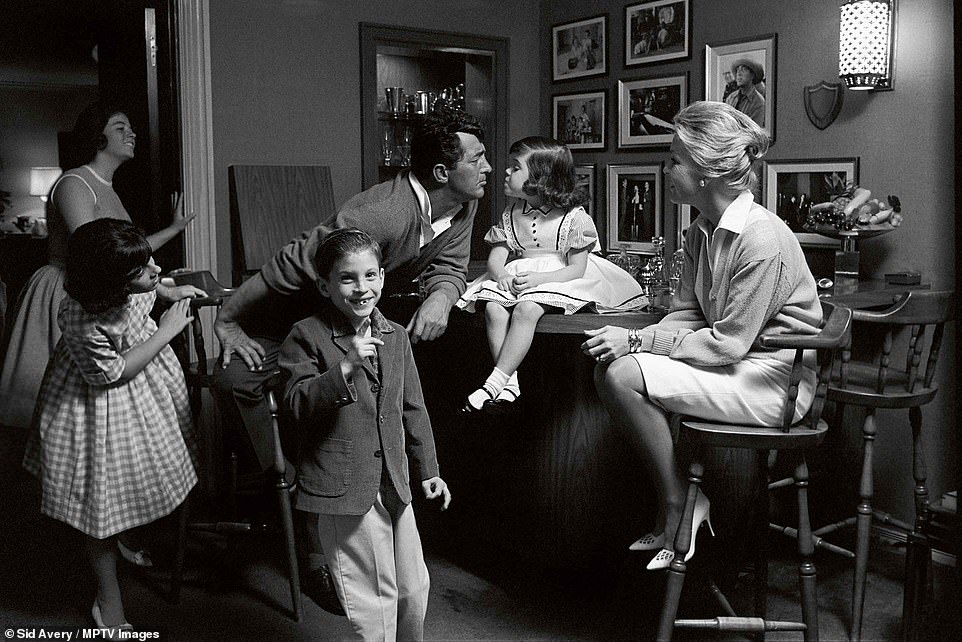 Dean Martin surrounded by his family at his Brentwood home. Deana Martin, daughter of the Rat Pack impresario, fondly recalled Avery’s visits to her family home in Beverly Hills as a child: ‘We were all nervous, but soon found ourselves feeling at ease with Sid, he even had a sense of humor that equaled my father’s.’ She added: ‘It didn’t take long for us to feel comfortable and safe through the lens of Sid Avery’s world.’ 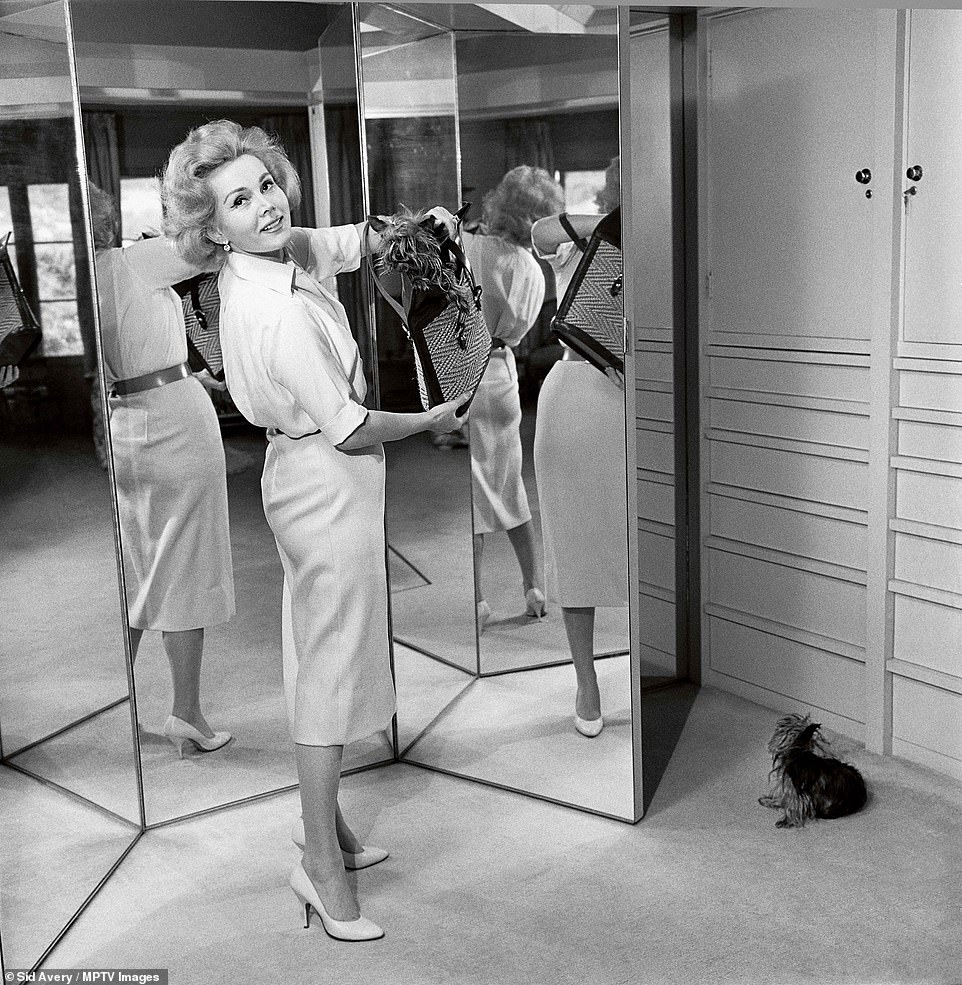 Zsa Zsa Gabor photographed with her tiny Yorkshire terriers at her lavish Bel Air home for the Saturday Evening Post article, ‘I Call On Zsa Zsa Gabor,’ September 13, 1958. Zsa Zsa and her two sisters, Magda and Eva, were born in Hungary and moved to Hollywood after WWII to pursue a career in acting. Their claim to fame beyond the silver screen was their many marriages – there were 20 in all between the three sisters. Zsa Zsa and her sister Magda both married the English actor George Sanders separately. 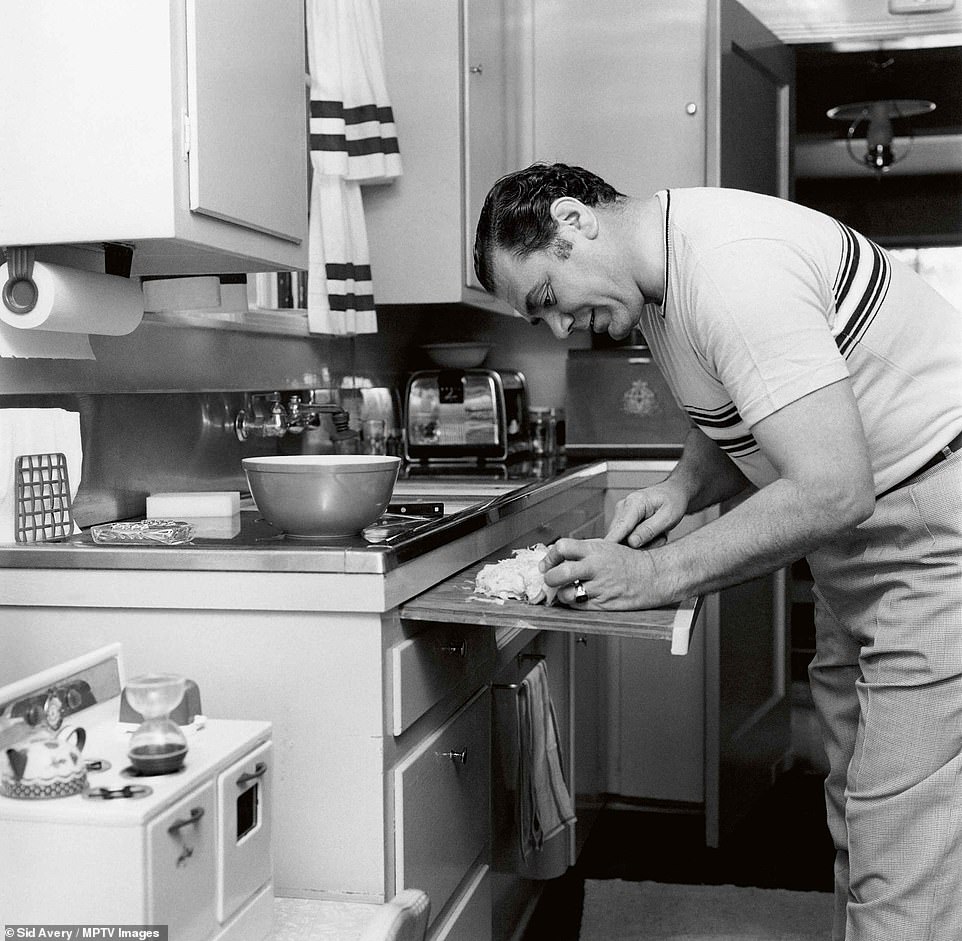 Ernest Borgnine photographed chopping food in his humble Los Angeles kitchen for the Saturday Evening Post article titled: ‘He Gets $150,000 a Year for Being Mean.’ Borgnine’s career spanned over six decades. He was known for his gruff voice and beloved for his mischievous gap-toothed grin. 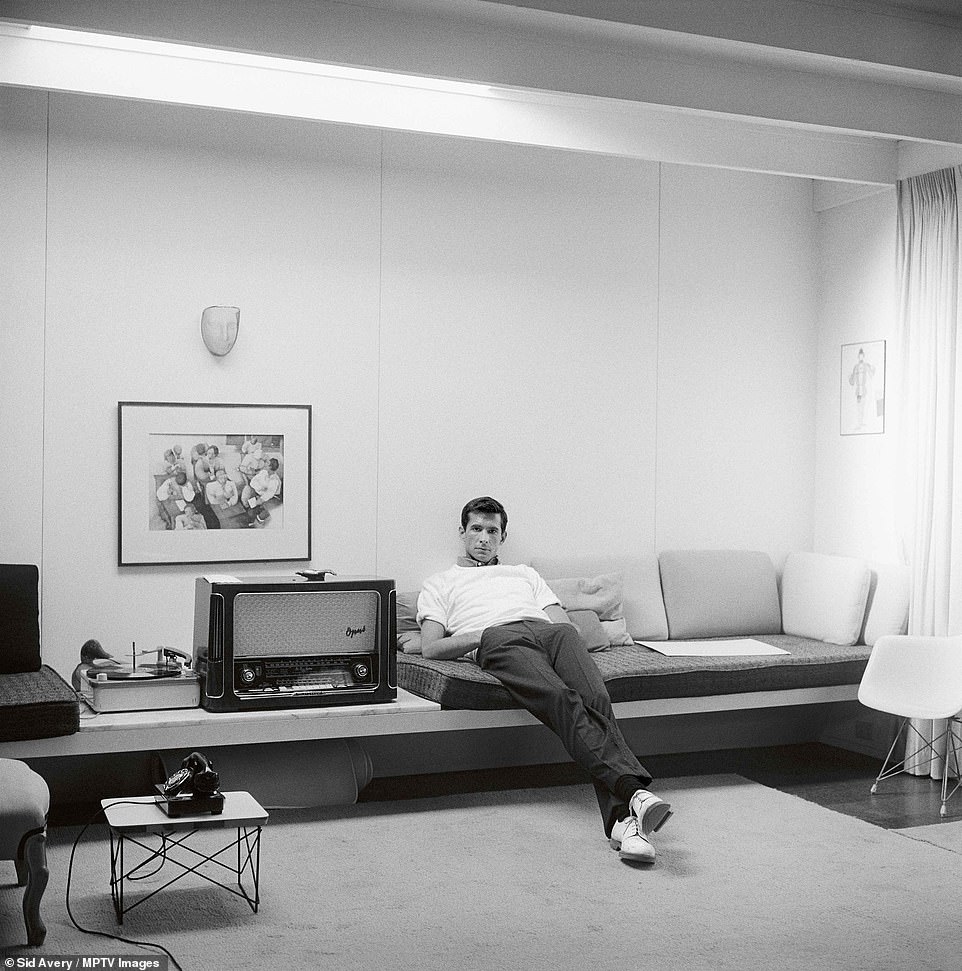 Anthony Perkins was 28-years-old at the time Avery photographed him in his mid-century Los Angeles living room in 1960. It was the same year that he starred in his breakout role as Norman Bates in Alfred Hitchcock’s Psycho. 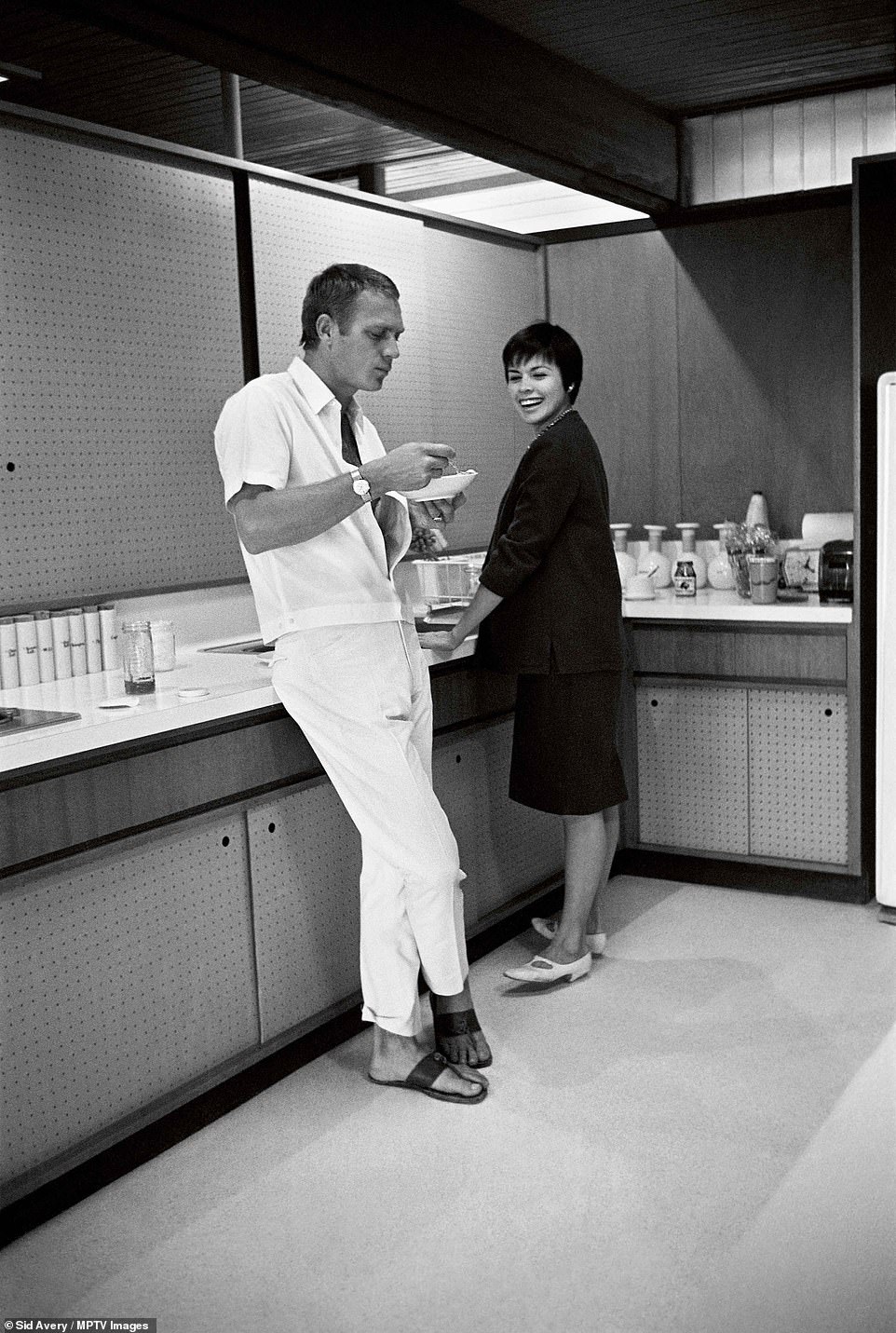 Steve McQueen at his Hollywood Hills home on Solar Drive with his wife Neile Adams in 1961. Adams said that from the moment they met in 1956, ‘the attraction was instant.’ The couple was married for 16 years and had two children, but eventually divorced over McQueen’s persistent infidelity and womanizing. The final straw was his affair with Ali MacGraw, whom he later married. 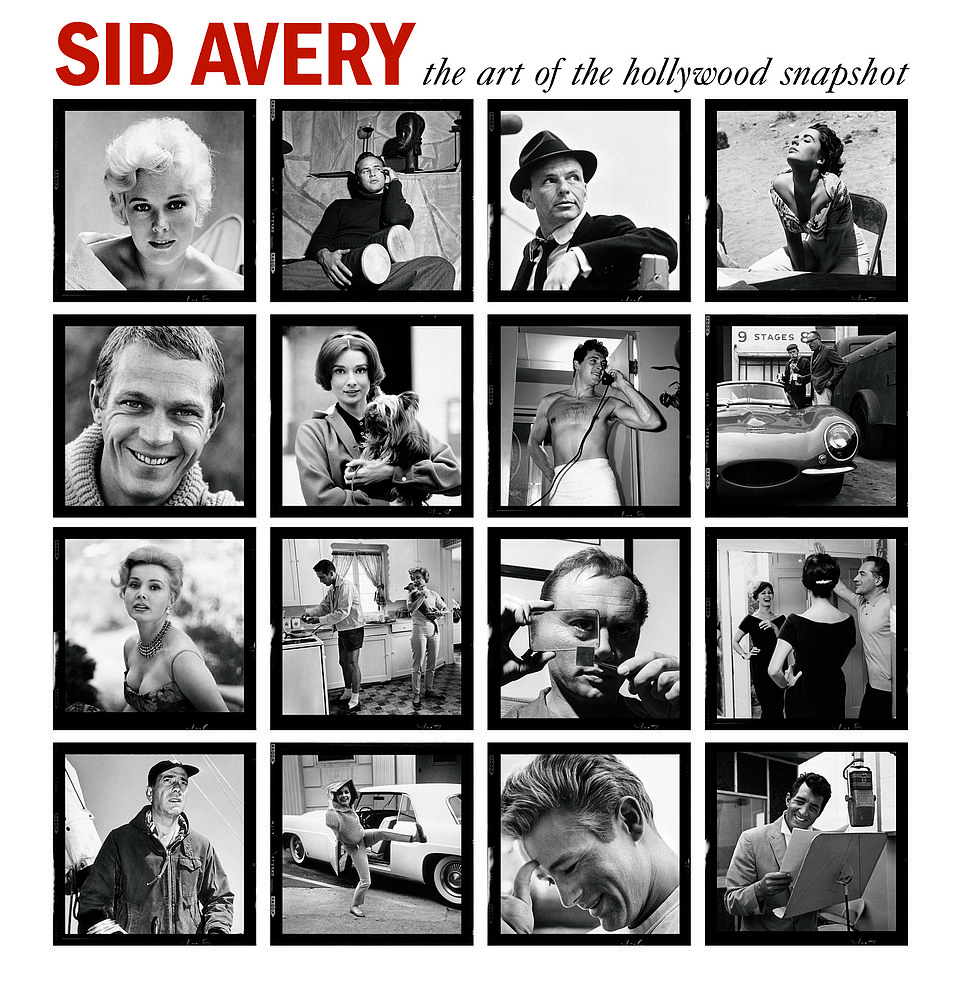 Between 1946 -1961, Avery offered a behind the scenes peek into the daily lives of the world’s most glamorous people, and as it turns out, their lives are much like everyone else’s. Sid Avery: The Art of the Hollywood Snapshot is published by reelartpress.com.