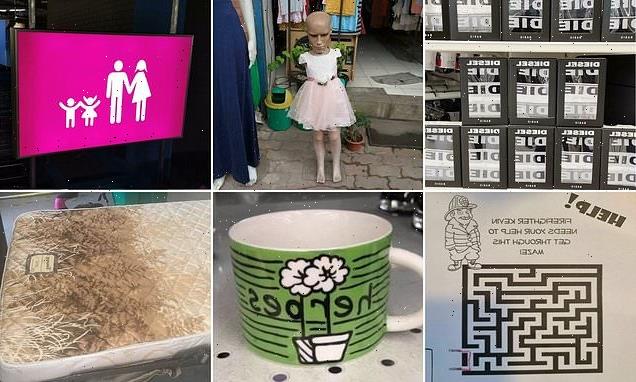 From a terrifying shop mannequin to a mug that apparently says ‘herpes’, the world’s most baffling design fails are featured in a hilarious online gallery.

The Fun Post has rounded up a selection of images that have gone viral on the internet after people spotted embarrassing mistakes that could have been easily avoided with a little bit of quality control.

A maze for children, for example, put the entrance and the exit to the puzzle side-by-side, making it laughably easy for even the youngest player.

Elsewhere a mattress was deliberately designed with a brown print at the bottom that has the effect of making it look horribly stained.

Here, FEMAIL shares some of the most bizarre examples… 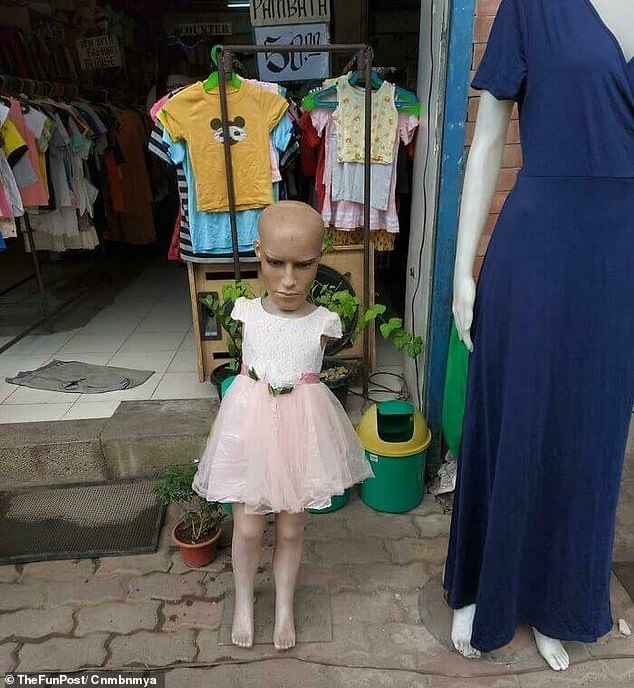 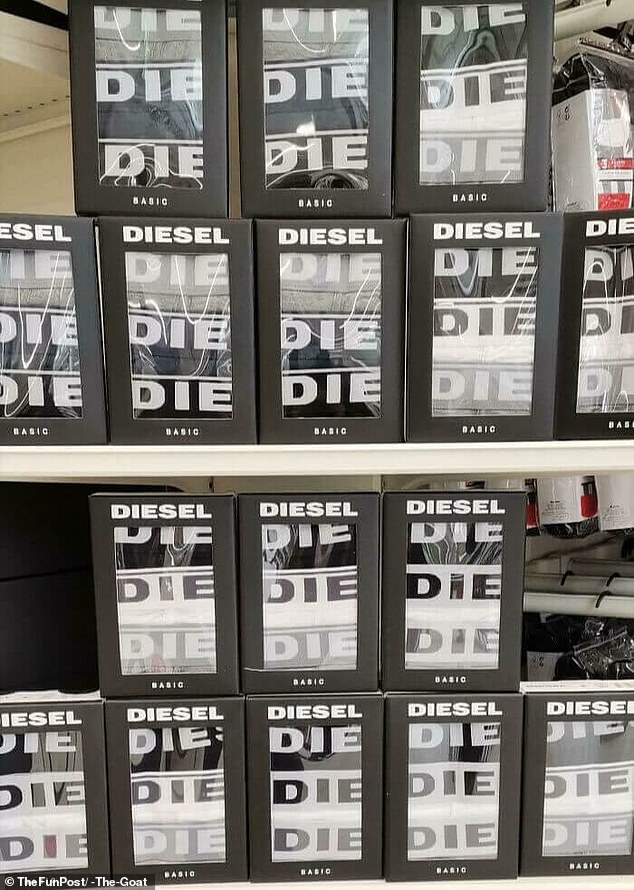 Subliminal messaging! A photograph of Diesel underwear folded in boxes appears to be sending a very sinister message to shoppers 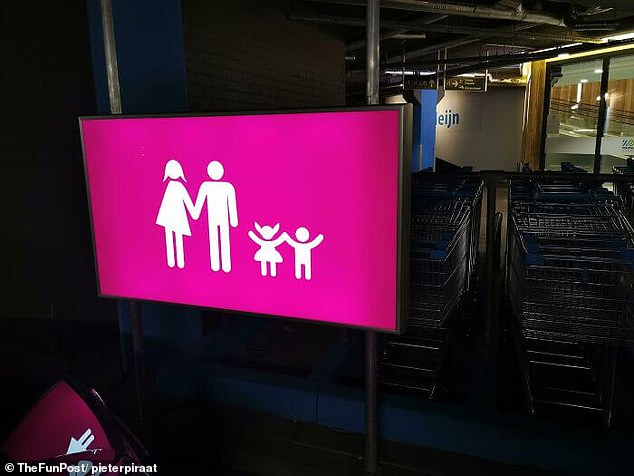 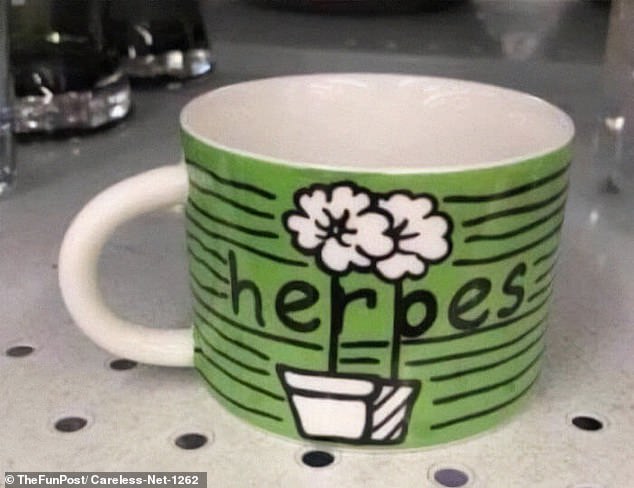 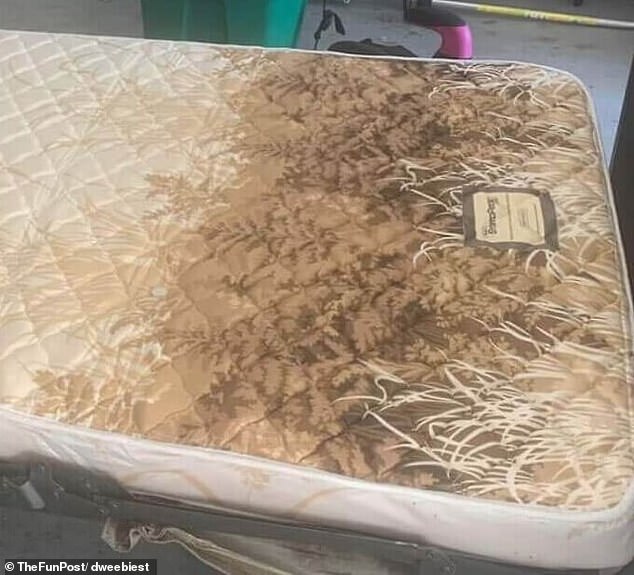 Not in your wildest dreams! A snap of a mattress with a brown forest design made shoppers look twice to check if it was a stain 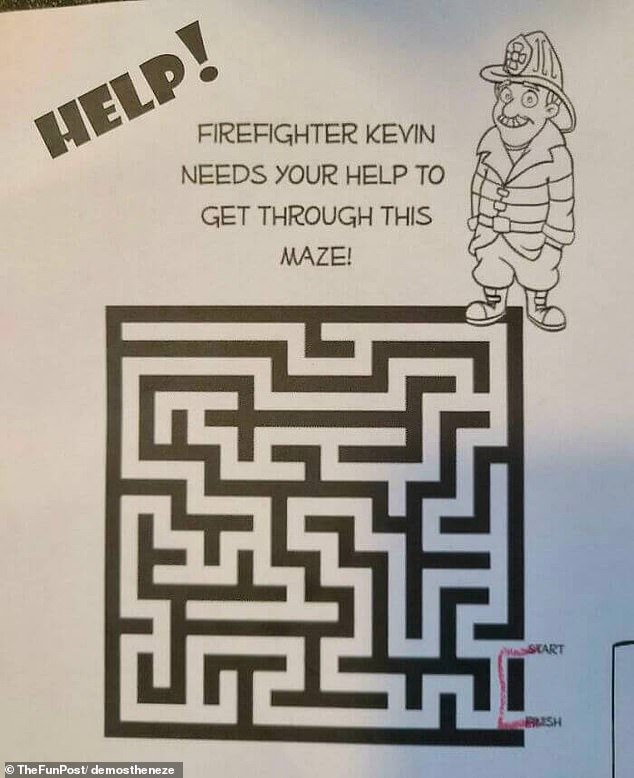 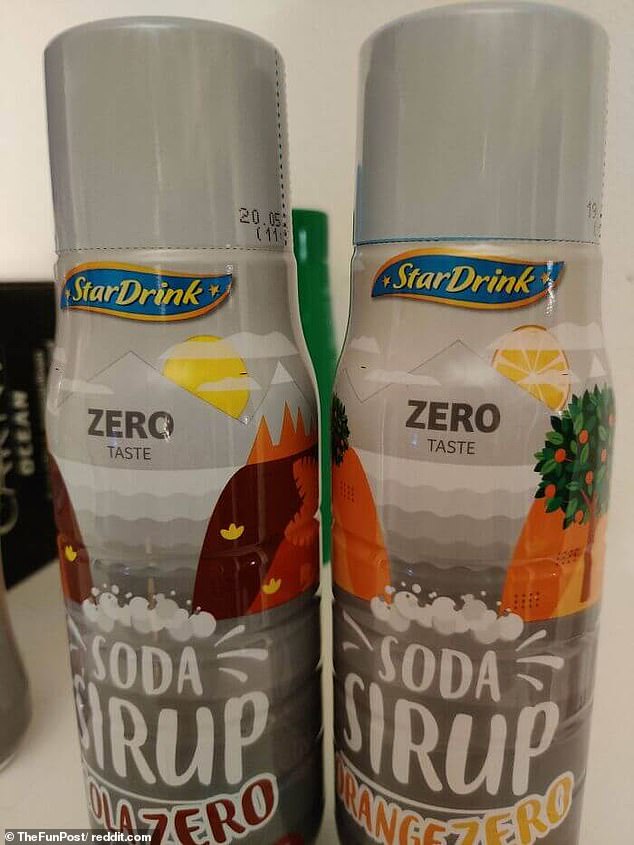 Another design fail shows a low calories drink appearing to have no taste, after putting the word ‘zero’ in the wrong place 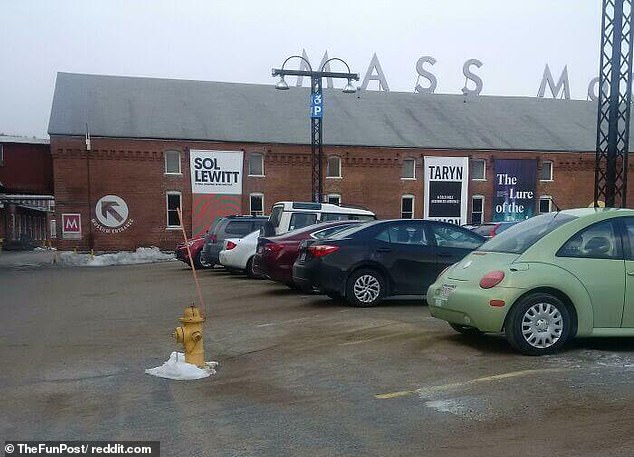 An accident waiting to happen! A photograph of a fire hydrant in the centre of a car park has left the internet wondering how many cars have been damaged 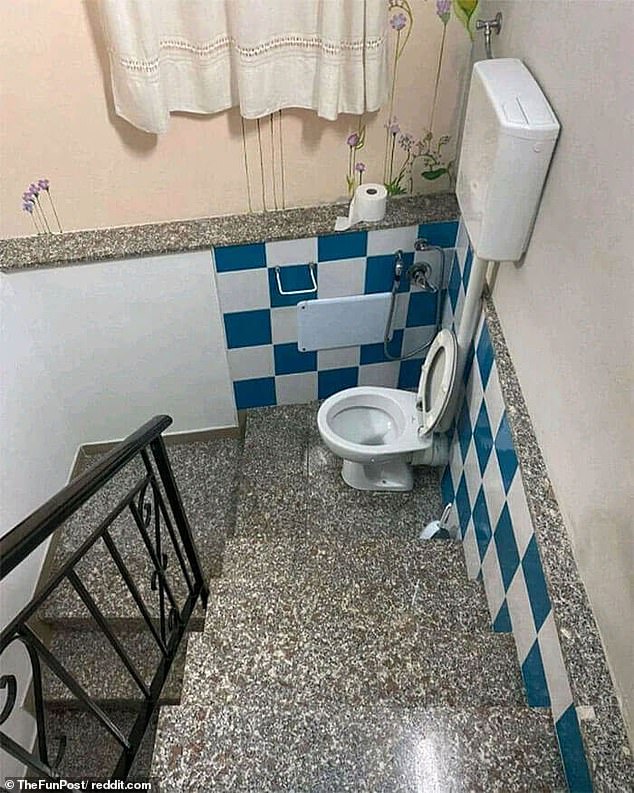 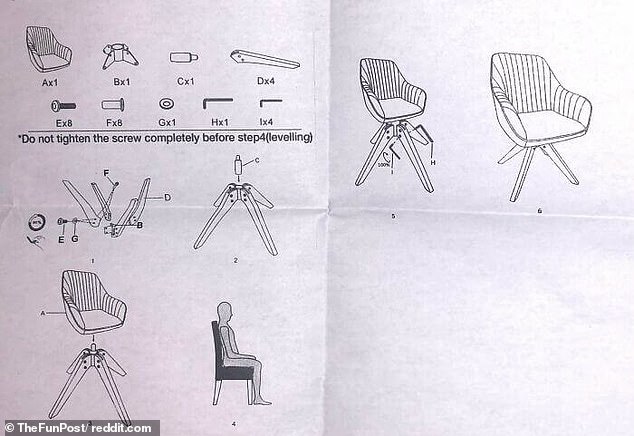 Another viral image appears to instruct an owner on how to construct their new chair, before demonstrating that they should sit on a different one 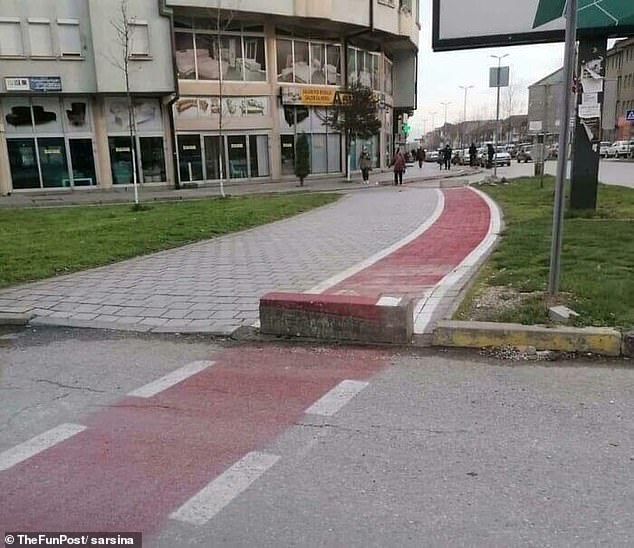 Speed bumps! A photograph of a bike lane with a random object sticking up from the ground reveals cycling is full of unexpected hazards 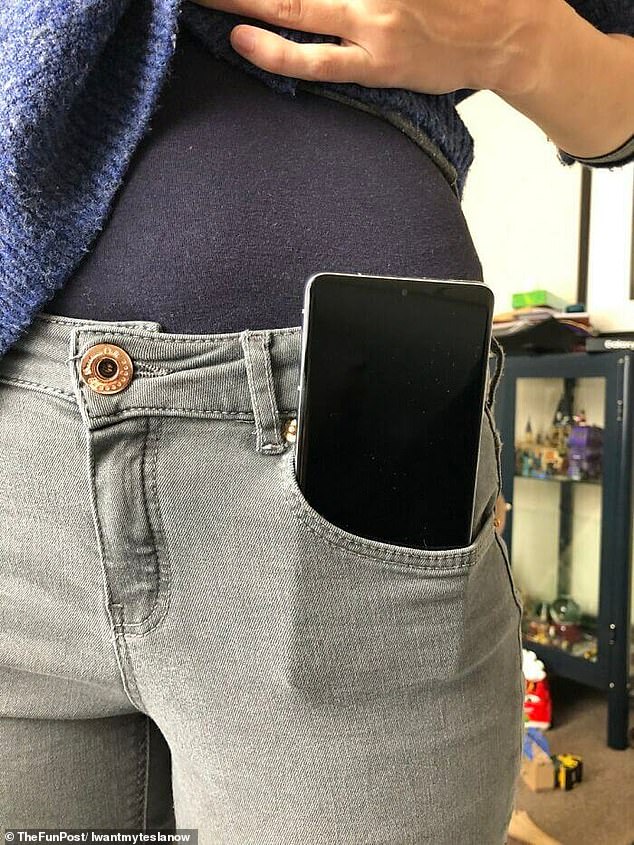