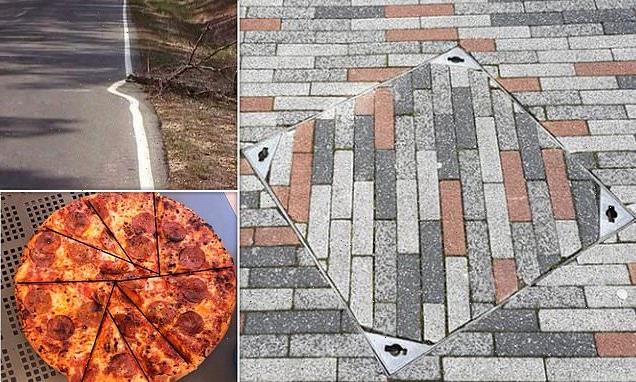 Perfectionists, look away now! Infuriating snaps will set your teeth on edge – from mismatched pavement tiles to uneven road lines

When you’re a perfectionist who likes things just so, there’s nothing more irritating than spotting a tiny detail that ruins the whole aesthetic.

Bored Panda has rounded up a selection of photos shared by social media users from around the world, and collated them into a gallery that will infuriate you.

Among the irritating snaps, is a pavement with a poorly thought out tile design that will make you go cross-eyed.

Meanwhile another picture shows how a careless road painter didn’t bother moving a branch out of their way, resulting in an annoyingly wobbly line. 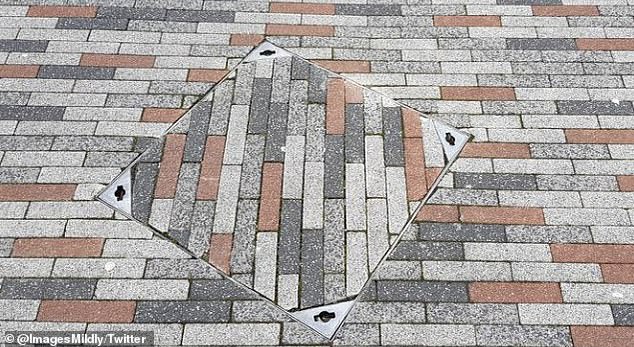 Perhaps a little forward planning could have saved this tiled pavement from becoming a totally eyesore, and more than a little infuriating to look at 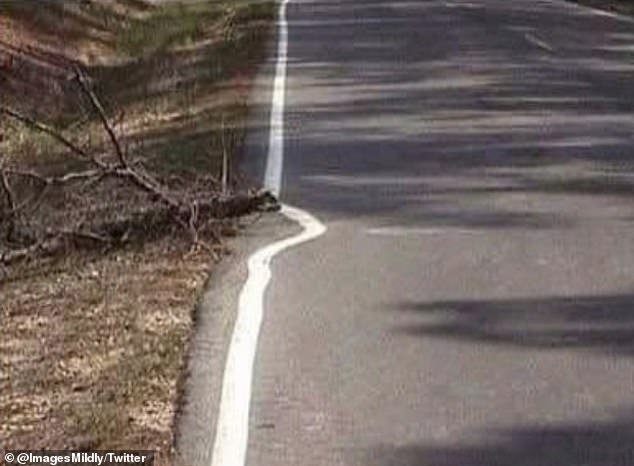 You have to ask yourself, what would be more efficient – stopping for a few seconds to move the branch out of the way, or regretting this monstrosity for the rest of your working life? 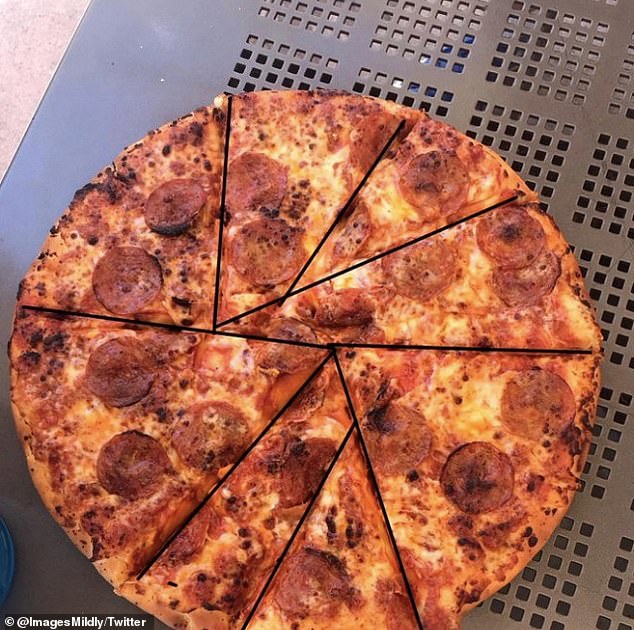 The person who shared this snap has the right to be very annoyed , because cutting a pizza like this should be illegal all around the world 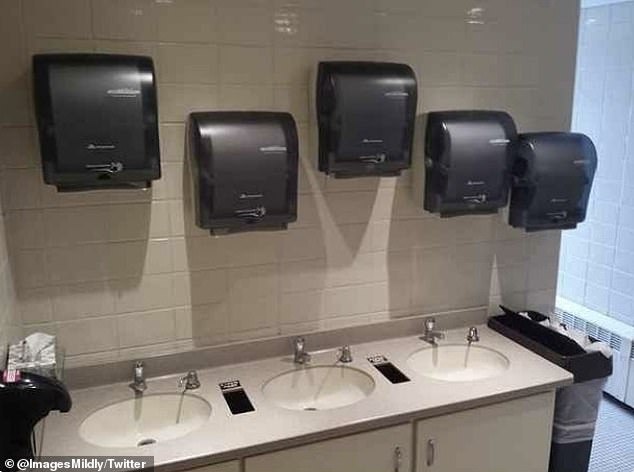 Another chaotic photo appears to show five randomly placed towel dispensers over three sinks. One the plus side, at least one of them should have paper towels in them at all times, right? 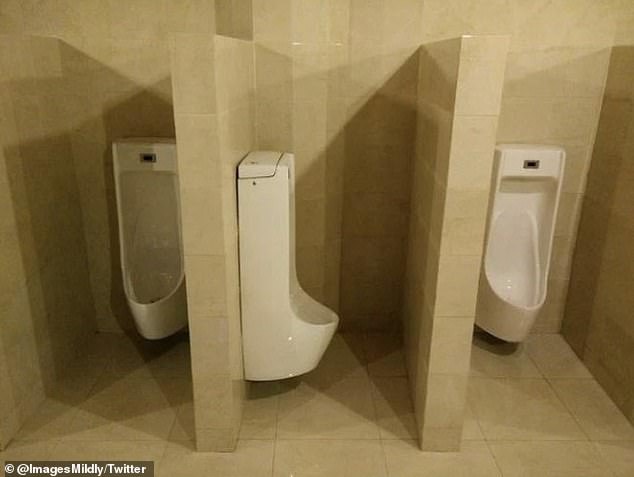 Looking at this bizarrely designed bathroom is enough to give a perfectionist heart palpitations – seriously, what is going on there? 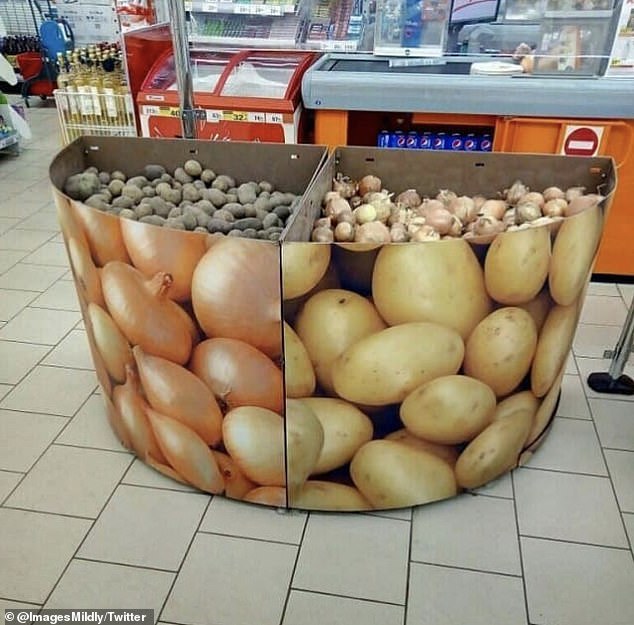 Why, why would someone do this? In this irritating snap, potatoes were places in the onion section, while onions were in the potato area 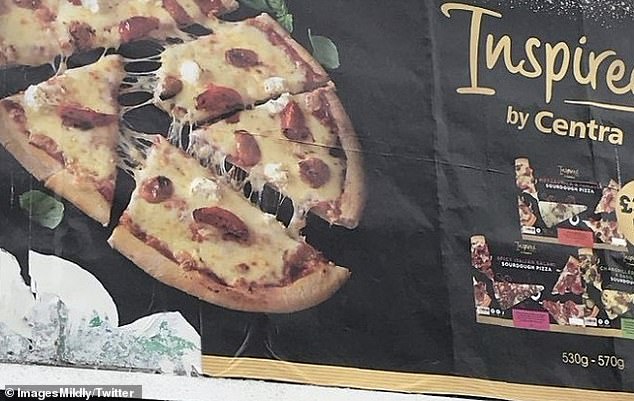 This advertising billboard, from the UK, is bound to make many pizza lovers very angry and uncomfortable, thanks to that terrible slicing 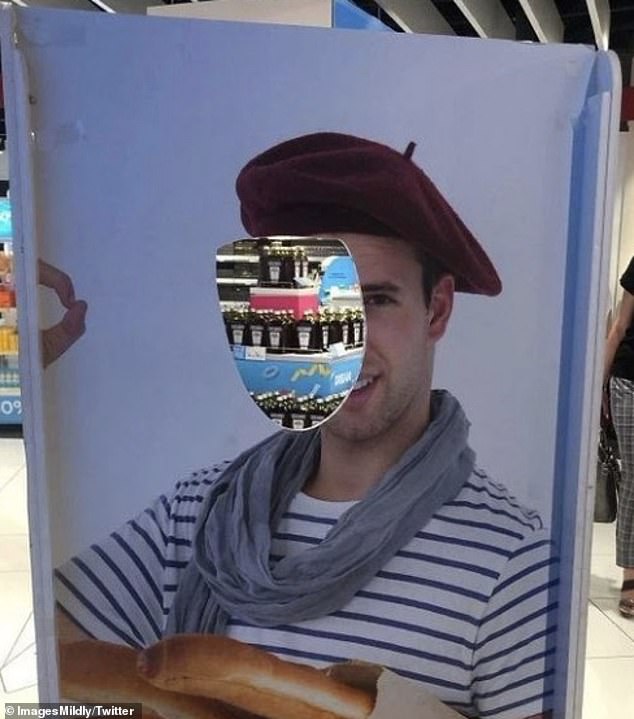 This photo stand-in board is not usable after the hole for the face was cut out in completely the wrong place. Perhaps someone might have noticed sooner? 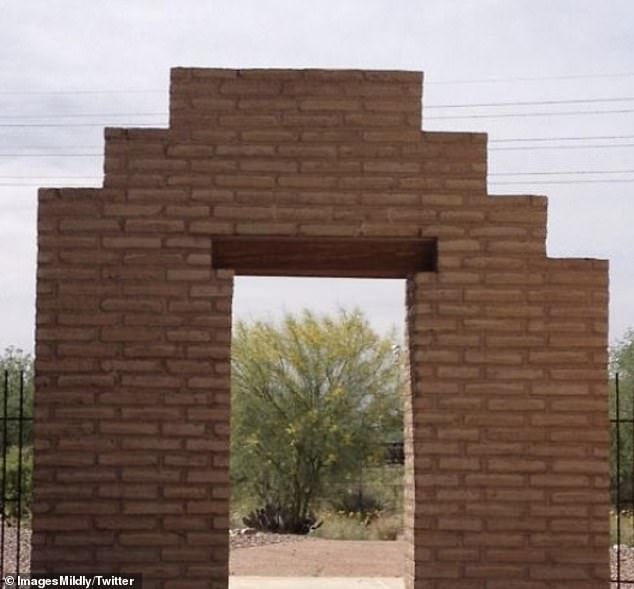 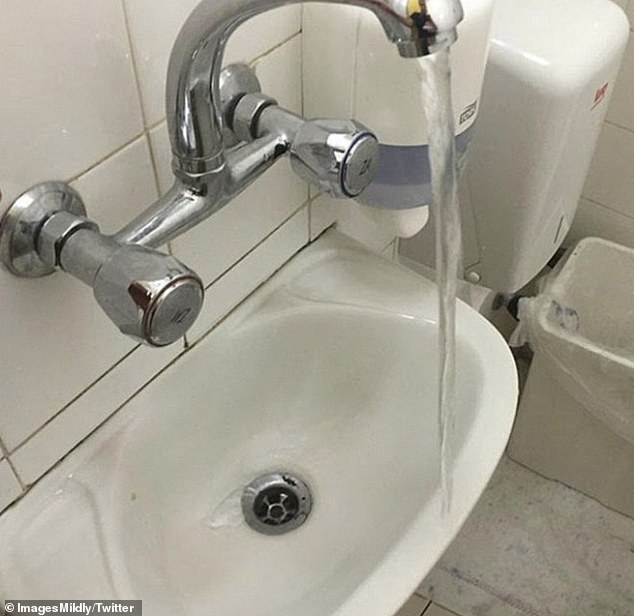 This tap is clearly not the right fit for this tiny basin, as when it’s turned on, water gushes over the edge 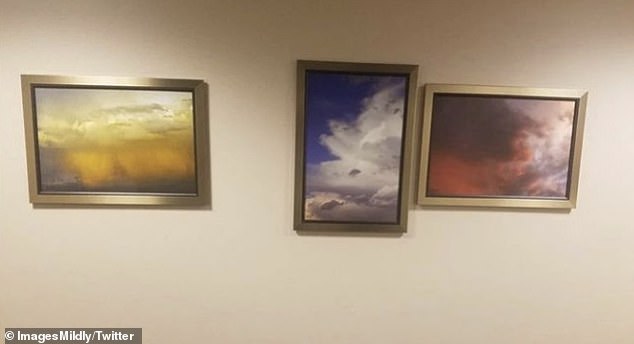 Perhaps the curator of these paintings was making a statement with how they were hung, and that statement was to annoy perfectionists? 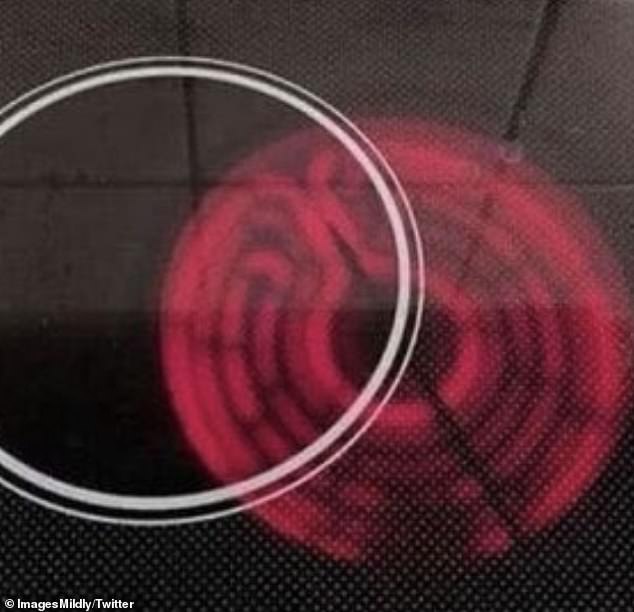 This infuriating stove doesn’t heat up inside the ring as it is supposed to. It’s enough to annoy even the most laidback person!