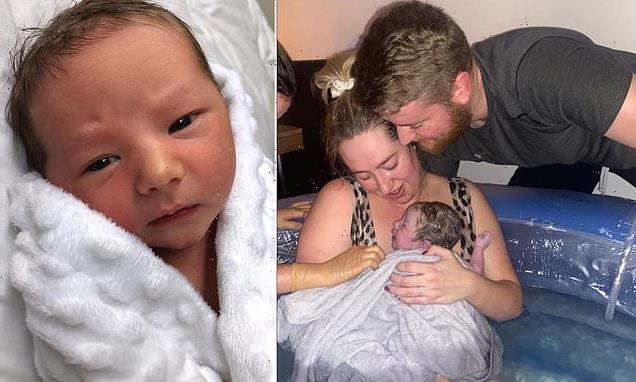 A devastated couple have revealed how they made their own cooling cot using bags of frozen peas so they could say their goodbyes to their 12-day-old baby boy after he passed away.

After the newborn tragically passed away on arrival at Alder Hey, his parents, from Prenton, Wirral, told The Mirror they wanted to take him home in a cuddle cot to spend time with him before the funeral.

A cuddle cot is a cooling unit designed to keep a baby who has passed away cool for up to five days and gives families time to spend with their babies and relatives a chance to meet them.

However, they were told there were none available, meaning Alice, 27, and Sam, 29, had to make their own on the advice of hospital staff to give the family time to say goodbye. 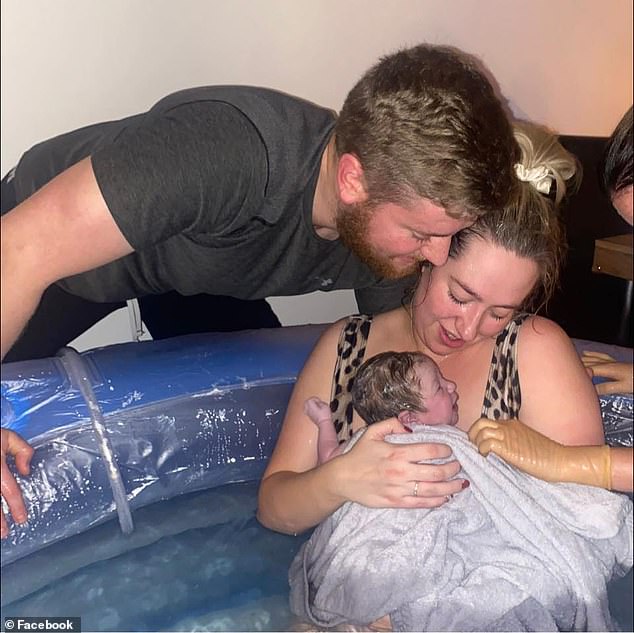 Sam and Alice Taylor, 29 and 27 respectively, welcomed their son Thomas into the world last November, but the baby boy tragically passed away at 12 days old 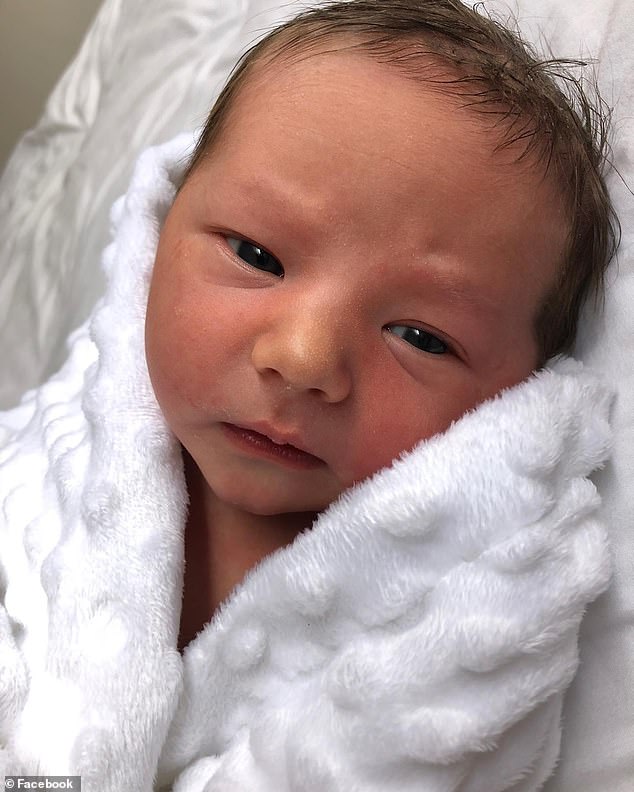 Recalling the experience as ‘bizarre’ Alice described how she sat in the Asda car park with Thomas in her arms and waited for Sam to emerge.

However, the former teacher added she could have ‘held him forever’ and ‘never wanted [the journey home] to end.’

Although the couple found themselves in an unusual situation Alice insisted it felt right to take Thomas back home where he belonged.

She said it gave her and Sam time to make precious memories with their little boy before laying him to rest. 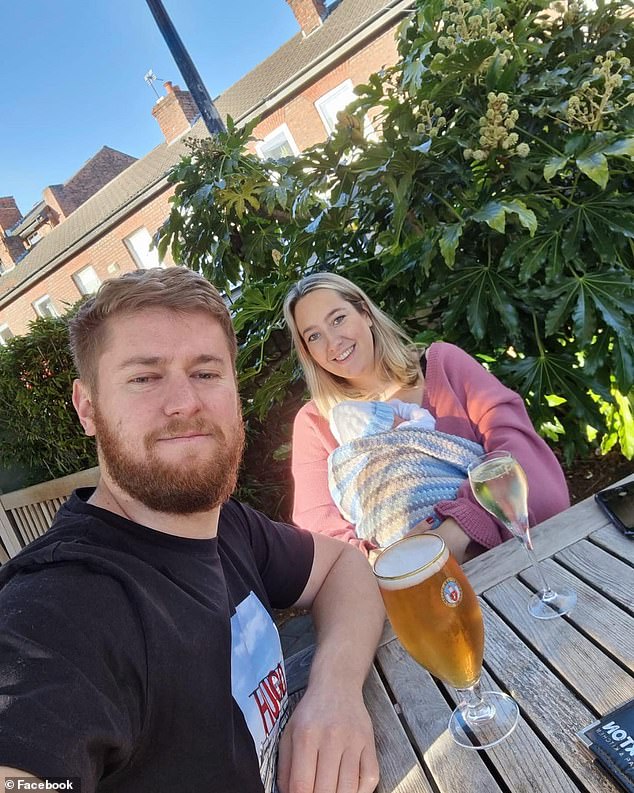 The parents said Thomas was doing well for the first week of his life and had been feeding well, but when he was nine days old they noticed something wasn’t right 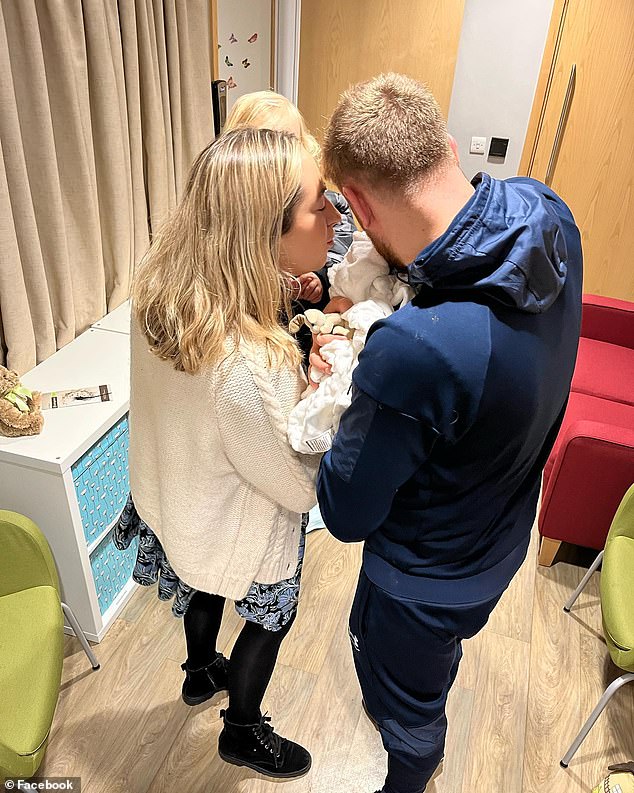 The couple praised the staff at The Snowdrop Suite at Alder Hey Children’s Hospital, who they say supported them throughout their grief

Alice, who also has an older son called Jack, told how she gave birth to Thomas at home and he seemed well at first.

But when he was around nine days old the mother realised her youngest son wasn’t feeding as well as he had been and she also noticed he had a temperature.

Taking no chances she and Sam raced their son to Arrowe Park Hospital where he had several tests. 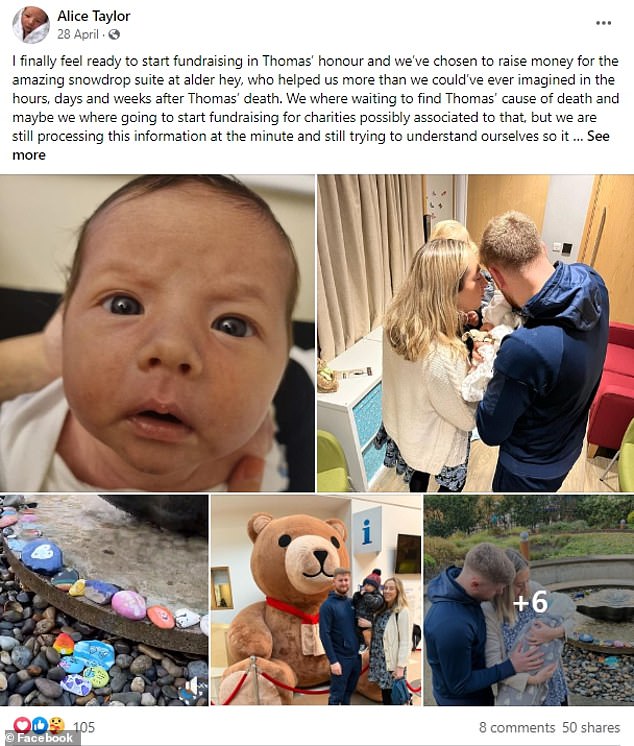 The couple have set up a GoFundMe page to start fundraising for The Snowdrop Suite in order to help buy more equipment – and in particular, a second cuddle cot 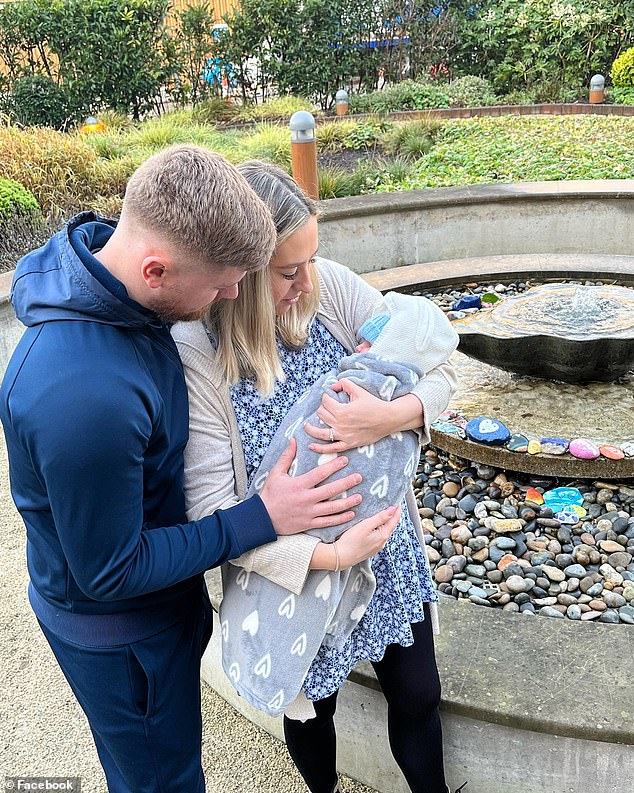 Sam and Alice went to buy bags of frozen peas to cool little Thomas’s body when he passed away, after the hospital did not havea cuddle cot to spare

When Thomas’s condition didn’t improve he was blue-lighted to specialist children’s hospital Alder Hey, but sadly he passed away before he made it to intensive care.

Despite their surreal experience when the hospital didn’t have a cuddle cot, the parents are enormously grateful to staff at Alder Hey and are now raising money so other mothers and fathers who lose a newborn can have access to cuddle cots.

In particular, the pair are fundraising for The Snowdrop Team and Suite which supports bereaved parents.

On the couple’s GoFundMe page, they wrote: ‘It felt like a home from home and it is ran by the most amazing team.

‘We created so many memories there and Jack, Thomas’ older brother spent so much time making memories with his baby brother and making keepsakes such as hand prints together which he will cherish forever.’

Alice and Sam praised staff at the suite who helped them liaise with the coroner’s office after Thomas’s death, arranged visits for family members and supported them throughout.

The couple added they wanted to raise money for the suite to have a second cuddle cot – as it currently only has one.

They wrote: ‘There is nothing that will make losing a child ok, but having the right support afterwards is the key to surviving this nightmare and that’s exactly what the snowdrop team help with.’

Alice and Sam are raising money for The Snowdrop Suite. To donate to their fundraiser, click here