Should the ‘naughty step’ be banned? Parents divided over proposal to remove punishment from nurseries – as Piers Morgan brands it a ‘pathetic joke’

Parents are divided over the decision to ban the word ‘naughty’ and the ‘naughty step’ at nurseries, as they opt for a more holistic approach instead.

A recent poll of 1,000 nursery workers revealed that 95 per cent are not allowed to call children naughty and should use other ways to manage behaviour because of ‘negative connotations’.

The findings were discussed on Good Morning Britain, where Piers Morgan blasted the proposal as a ‘pathetic joke’, because he believes it wouldn’t prepare children properly for the real world.

Parenting coach Anita Cleare agreed with the host, adding that removing clear punishments for bad behaviour and rewards for good behaviour could be confusing for young pupils. 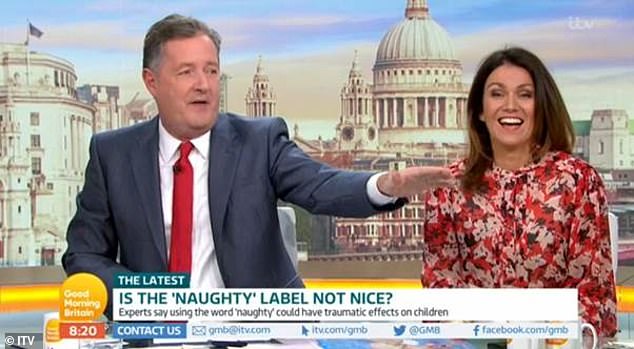 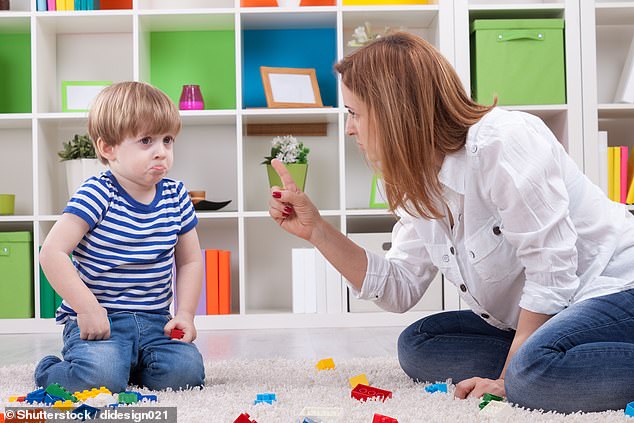 Behavioural specialist Lorrine Marrer, however, disagreed, saying it was better for adults to discuss their child’s behaviour with them and come up with solutions to improve.

Piers fumed: ‘We are teaching them that the world is soft and lovely and no-one is going to say no to you and everyone wins a participation prize even if you come last.

‘And now we’re not going to call you naughty. Do you think this prepares kids for the real world? The real world is not like that.’

The study, by reviews website daynurseries.co.uk, found three in five workers do not like using the ‘naughty step’ or ‘thinking chair’ for giving children who have broken rules ‘time out’.

Instead, staff are encouraged to take children to one side and talk them through why some things are acceptable and some are not.

One viewer said in response to the debate: ‘Children should be taught the difference between naughty and nice unless you want to spend their teenage and adult years trying to backtrack what you should have taught them at a younger age.’ 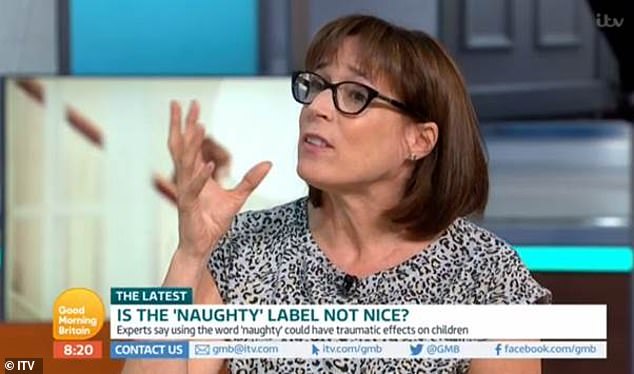 Parenting coach Anita Cleare agreed with Piers, explaining that children may end up confused if they didn’t have a clear punishment and reward

‘Now the naughty step is wrong? And people wonder why so many kids have no respect these days. You can’t discipline your child without someone saying it’s wrong,’ added another.

One parent fumed: ‘No naughty step! Don’t do this, don’t do that but never any advice or an alternative! Kids need to know right from wrong some how!’

‘When it is used as a punitive punishment to shame a child then YES we should ban the naughty step. When time out to calm down is used with respect and as a positive discipline strategy, then it’s better than a screaming or smacking parent,’ reasoned another. 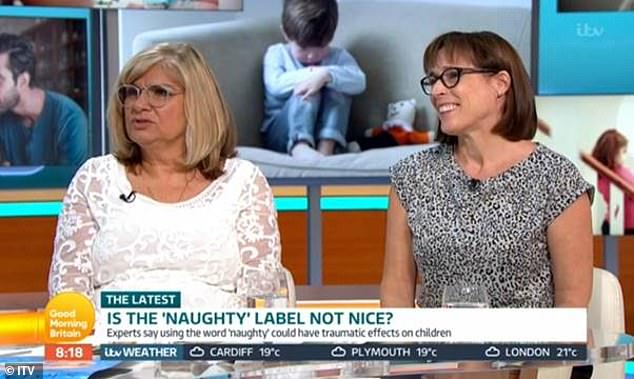 ‘The problem with using the word naughty is that it is rarely counteracted by a frequently used positive term to rewards the great things children do,’ offered one viewer.

‘If attention is what children crave why not simply ignore the unwanted behaviour or even better role model?’ they added.

Piers had tweeted in response to the study last week: ‘So now we can’t even call kids naughty when they’re being naughty? What a pathetic joke. We’re wrecking our children’s chances of surviving & thriving in adult life, in the real world.’

Sue Learner, editor of daynurseries.co.uk, said: ‘I do think if you label a child as naughty it can become self-perpetuating and lead to more bad behaviour.’

The “naughty step” became popular during the time of the TV Supernanny and has evolved over time into the “thinking chair”.

Now an increasing number of nurseries are now also ditching that for “thinking time”.

Good Morning Britain airs weekdays on ITV from 6am