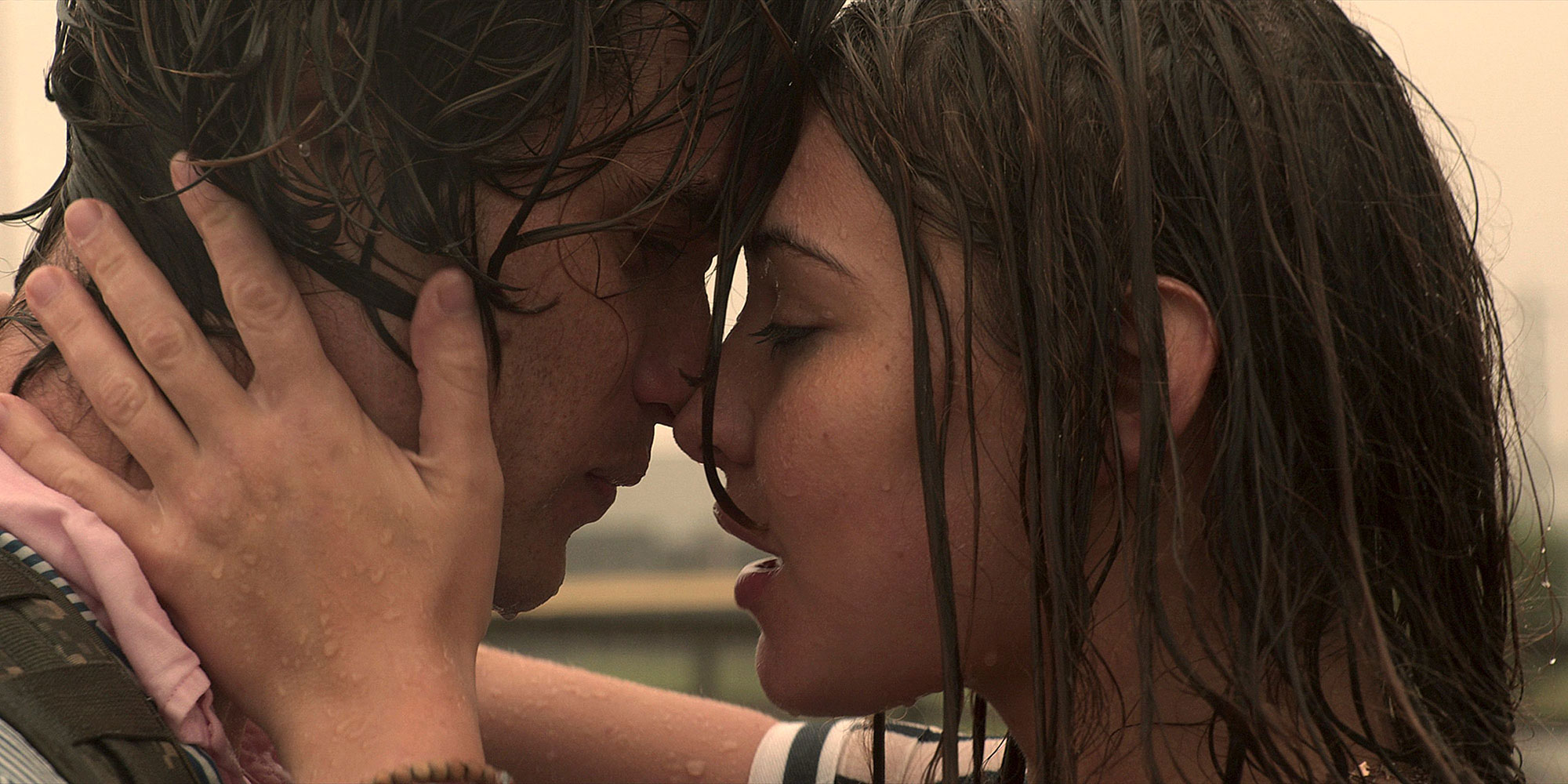 “No, it wasn’t supposed to happen,” the 23-year-old actress, who plays Sarah on the Netflix series, said on the Tuesday, August 24, episode of The Tonight Show Starring Jimmy Fallon. “We were just supposed to kiss in normal weather.”

During episode 4 of the show, which premiered in April 2020 and dropped season 2 last month, Sarah and John B. (played by Chase Stokes) take their relationship to the next level while making out in the pouring down rain on a crowded dock. The steamy scene, however, almost didn’t happen because the weather during filming was so intense.

“I’m from where we shoot and usually in the summer […] these massive thunderstorms or rainstorms will come in the late afternoon. That happened this day,” Cline explained, noting they were shooting in the south. “We took a look at the radar and we saw that it was gonna be happening the rest of the day. So we either called off the day or we shot through it.”

‘Outer Banks’ Cast’s Love Lives: Who the Stars Are Dating in Real Life

The South Carolina native recalled going through their options for the scene with Stokes, 28, before they both “looked at each other and we were, like, ‘Oh, wait, this could be really cool and romantic.’”

After running the new kiss idea by the crew “to make sure they were OK [with] working in the rain,” Cline said they ventured into the storm to make TV magic. “It ended up being this super serendipitous thing where it ended up being kind of like The Notebook. It was just really cool,” she told host Jimmy Fallon.

Cline previously discussed the now-iconic kiss with Cosmopolitan, revealing in May 2020 that onscreen PDA isn’t all it’s cracked up to be. 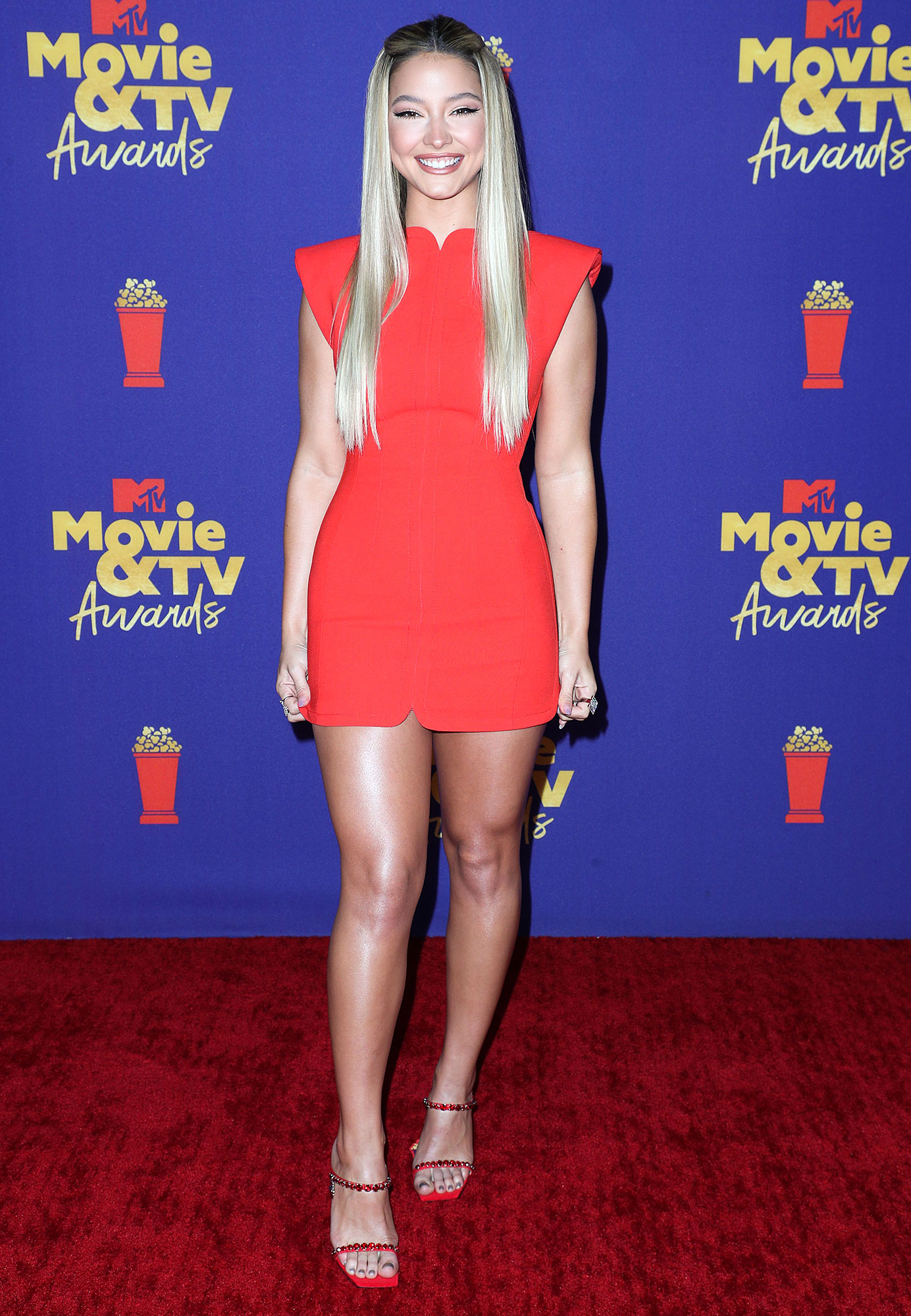 Once the actors, who are dating in real life, committed to the scene, Cline recalled wanting to make it as much like Ryan Gosling and Rachel McAdams’ memorable makeout from The Notebook as possible.

“I remember Chase, [creator] Jonas [Pate] and I kinda looked at each other and we were all like, ‘Let’s do it. We gotta do this. This is amazing, this is kismet right now, that is so romantic,’” the Knives Out 2 actress told Cosmo. “We just dedicated the entire day to making sure we did that scene justice.”

Following in the footsteps of Gosling, 40, and McAdams, 42, Cline and Stokes later received the 2021 MTV Movie and TV Award for Best Kiss for their work on the teen drama.

“Oh, my gosh. Thank you, MTV. Thank you to the fans for supporting the show,” the Maryland native said while accepting the popcorn trophy in May. He was then interrupted by his girlfriend, who gave him a big smooch.

The couple, who met while filming season 1 of the series in 2019, confirmed their romance in June 2020. Earlier this year, Stokes opened up about his relationship with Cline, telling Us Weekly exclusively that there wasn’t an immediate romantic connection.

“At that point in time, we were so anxious about the show and so nervous about constantly screwing up. I think we were all under this sort of strange umbrella of, like, ‘Dear God, we got an opportunity. Let’s not screw it up!’ So, it was just always work-oriented — really until the day we wrapped,” he said in February. “It wasn’t until after that, until we started to kind of get into the lockdown where we were like, ‘Is there something here or am I crazy?’ That’s sort of where it bloomed from there. I think we were just so invested in the work.”