Not the right time. Madelyn Cline and Chase Stokes may have called it quits after one year of dating, but a source tells Us Weekly that there are no hard feelings between the costars.

“They’ve been trying to work it out for quite some time but decided going their separate ways was best,” an insider exclusively tells Us.

For the duo, who originally met while playing John B. and Sarah Cameron on Outer Banks, the distance that came with their jobs played a big role in the choice to split.

“They both have busy schedules, which made it hard for them to spend a lot of time together,” the source adds. “They have no bad feelings toward each other and remain friends.”

Fans fell in love with the fictional love story when season 1 debuted in April 2020. Three months later, Stokes, 29, and Cline, 23, confirmed that they had taken their onscreen romance offscreen.

The Stranger Things alum later admitted that the twosome didn’t act on their feelings for one another right away.

“At that point in time, we were so anxious about the show and so nervous about constantly screwing up. I think we were all under this sort of strange umbrella of, like, ‘Dear God, we got an opportunity. Let’s not screw it up!’ So, it was just always work-oriented — really until the day we wrapped,” Stokes exclusively shared with Us in February. “It wasn’t until after that, until we started to kind of get into the lockdown where we were like, ‘Is there something here or am I crazy?’ That’s sort of where it bloomed from there. I think we were just so invested in the work.”

The Maryland native explained how he learned to separate his personal relationship with Cline from the fictional one between John B. and Sarah. 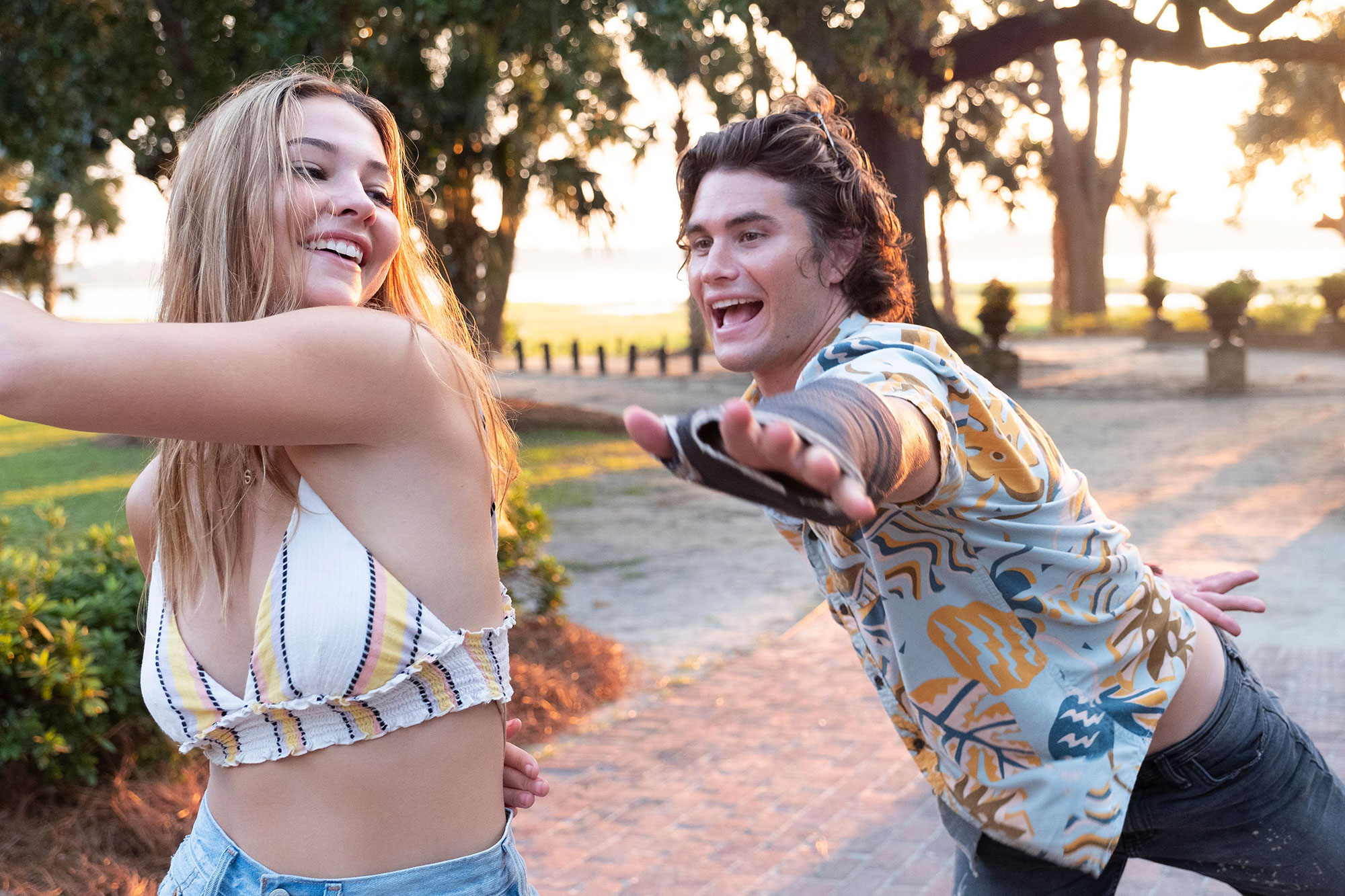 “The biggest thing for me is being even more proud of her work now as her partner and watching her grow as an actress and watching her grow as a person through this,” he added at the time. “I think there’s always this element of [asking] ‘How can we make it not about Maddie and Chase? How do we make it about Sarah Cameron and John B?’ So that’s been fun to sort of find the ebbs and flows of the characters and give it that birth, vs it being everybody looking at us for who we are as a couple outside of work. We’ve put in a lot of work.”

Following the release of season 2, the Knives Out 2 star revealed the approach she took while filming with her boyfriend.

“Prior to stepping foot on set the first day [as a couple], we said, ‘Hey, let’s talk about this and establish boundaries before we go back, because there are so many people that it can affect,’” Cline told Elle Magazine in August. “And I hate that. I wouldn’t want that at all.”

‘Outer Banks’ Season 3: Everything We Know

The South Carolina native explained how important it was for them to separate their home life from their work life.

“Whenever there’s any sort of personal issue, especially between the two of us, we don’t bring it to work. Because it’s distracting,” she added. “It’s not fun to feel like that time on set is tainted by anything else. So I think we’ve navigated it really well. In the first season, we all started out as friends, and we established this from a working relationship. And then in season two, we came back to it as a couple.”

When the pair hadn’t been spotted together in a while, fans started to speculate whether there was trouble in paradise. Earlier this month, Us confirmed that they were no longer together.

Although viewers are expecting season 3 to return to Netflix in 2022, the network has not yet announced plans for more Pogue adventures.