“If things had gone different this week in Minneapolis, I might have traded in my heels for marching boots,” said Regina King.

Hollywood’s biggest night found its stars speaking out for social justice when they took the stage on Sunday at the 2021 Oscars.

Kicking off the awards show, Regina King put a spotlight on the nation’s reckoning with police brutality in the wake of Derek Chauvin being found guilty for the murder of George Floyd. 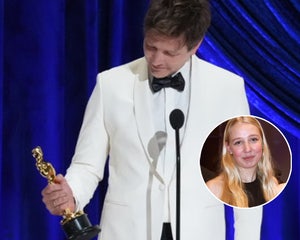 'She Was Supposed To Be In This': Director Thomas Vinterberg Dedicates Oscar to Teen Daughter He Lost Four Days Into Filming

“It has been quite a year and we’re still smack dab in the middle of it,” the “One Night in Miami” director began. “If things had gone different this week in Minneapolis, I might have traded in my heels for marching boots.”

“I know that a lot of you people at home want to reach for your remote when you feel like Hollywood is preaching to you. But as a mother of a Black son, I know the fear that so many live with and no amount of fame or fortune changes that. But, tonight, we are here to celebrate.”

After winning the Best Supporting Actor Award for “Judas and the Black Messiah,” Daniel Kaluuya — who played Fred Hampton, the Black Panthers leader who was killed by police in 1969 — implored the audience, saying, “There’s so much work to do, guys.”

“And that’s on everyone in this room,” he continued. “This ain’t no single man job. And I look to everyone — every single one of you — we’ve got work to do.”

The wave of gun violence in mass shootings across America was brought into focus when Will McCormack and Michael Govier gave their acceptance speech for Best Animated Short Film for “If Anything Happens I Love You.”

Best Documentary Short winner Alice Doyard (“Colette”) praised those fighting the good fight for equality, as she said, “This award is a tribute — and this film is a tribute — to women everywhere in the world of any ages who are joining hands and fight for justice.”

When H.E.R. nabbed the trophy for Best Original Song for “Fight For You” from “Judas and the Black Messiah,” she said, “Musicians, filmmakers — I believe we have the opportunity and the responsibility to tell the truth and to write history the way that it was and how it connects us to today and what we see going on in the world today.”

Perhaps the best example of speaking out for social justice came when Tyler Perry won the Jean Hersholt Humanitarian Award for his countless contributions in helping the disenfranchised.

Humbly accepting the award, Perry shared a story about a time he helped a woman find shoes from the wardrobe department of a production he was working on. “She finally looks up, she’s got tears in her eyes. She said, ‘Thank you, Jesus, my feet are off the ground,'” Perry recalled.

“In that moment, I recall her saying to me, ‘I thought you would hate me for asking,’” he continued. “I’m like, how can I hate you when I used to be you.” Perry recalled not only his own homelessness, but also his mother’s experiences in the Jim Crow South of rural Louisiana, mourning Emmett Till, Civil Rights workers and more.

And yet, despite all that she had witness, “My mother taught me to refuse hate,” Perry said. “She taught me to refuse blanket judgment. And in this time with all of the internet and social media and algorithms and everything that wants us to think a certain way, the 24-hour news cycle, it is my hope that all of us would teach our kids not only to remember, [but to] refuse hate. Don’t hate anyone.”

“So anyone who wants to meet me in the middle, to refuse hate, to refuse blanket judgment and to help lift someone’s feet off the ground, this one is for you, too,” he concluded.