One of the officers involved in the fatal shooting of Breonna Taylor opened up about the incident to ABC News and Louisville’s Courier Journal in an interview that was broadcast on Tuesday and Wednesday. During the sit-down with “Good Morning America” co-host Michael Strahan, Sgt. Jonathan Mattingly said he felt “mostly frustration” while watching protests in reaction to Taylor’s death.

“It’s not a race thing, like people wanna try to make it to be. It’s not,” he continued. “This is the point where we’re doing our job, we return fire. This is not us hunting somebody down, not kneeling on a neck. This is nothing like that.” 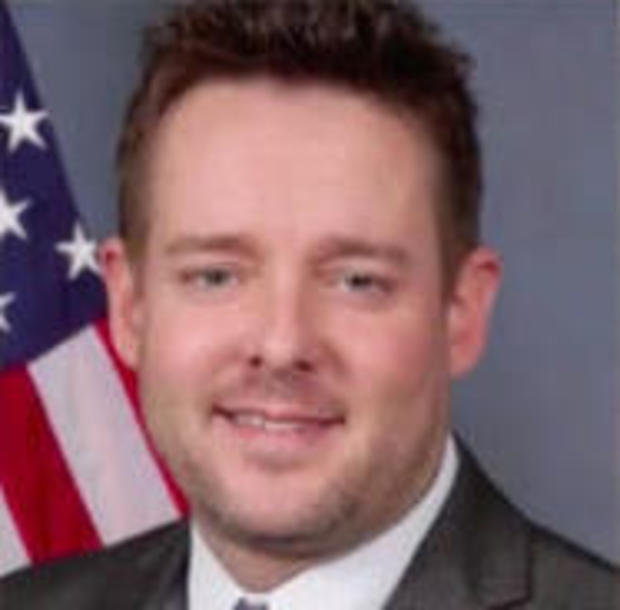 Just after midnight on March 13, three Louisville police officers entered Taylor’s home with a search warrant in a drug investigation. Her boyfriend, Kenneth Walker, a licensed gun owner, says he thought they were intruders and fired a shot, hitting Mattingly in the leg. Police opened fire and killed Taylor, a 26-year-old EMT.

Taylor did not have a criminal record and no drugs were found.

There has been widespread activism drawing attention to the case, calling for charges to be brought against the three officers involved.

Mattingly insisted he and the two other Louisville officers who entered Taylor’s apartment were following police procedure, according to ABC News.

However, video of the immediate aftermath of the raid, which was released last month, appears to show a possible violation of police policy after the shooting. The body camera footage, obtained and released by Vice News, appears to show one of the officers, former detective Brett Hankison, walking into the crime scene after the incident. He’s seen in the video with a flashlight asking about the shell casings, according to Vice.

CBS News has not been able to verify the video. If Hankison was at the scene after the shooting, it would be a violation of police policy, which states officers involved in shootings are to be “isolated from all non-essential individuals for the remainder of the initial investigation.”

None of the officers involved in Taylor’s fatal shooting were charged directly in her death. The grand jury did indict Hankison on wanton endangerment charges for firing shots into a neighbor’s apartment in the March police raid that killed Taylor.

During the ABC News and Courier Journal interview, Mattingly said police officers banged on the door several times and identified themselves multiple times when doing so.

However, Taylor’s boyfriend, who was with her during the fatal shooting, said the contrary. In an interview with CBS News last week, Kenneth Walker said the pair had been watching a movie in bed when police raided the apartment.

Walker told “CBS This Morning” co-host Gayle King there was “a loud bang at the door.”

“Nobody was responding, and we were saying ‘Who is it?’ You know,” he said. Walker said they repeated the phrase several times but got no answer.

“I’m a million percent sure that nobody identified themselves,” he said. “If they had knocked on the door and say who it was, we could hear them. It was dead silent.”

Writer of Bryant film: ‘Evil repeats itself if we don’t shine a light on it’
TV & Movies