A police officer accused of showing off explicit images of a University of Utah student while investigating an extortion case she filed before her 2018 death has been fired, officials said Friday. CBS affiliate KUTV reports Officer Miguel Deras’ employment with the Logan City Police Department ended “effective immediately” after an internal review of an investigation released by the state’s Department of Public Safety, Chief Gary Jensen said in a statement.

The investigation concluded that Deras “mishandled sensitive evidence” pertaining to 21-year-old Lauren McCluskey’s case while he was employed with the university’s police department. 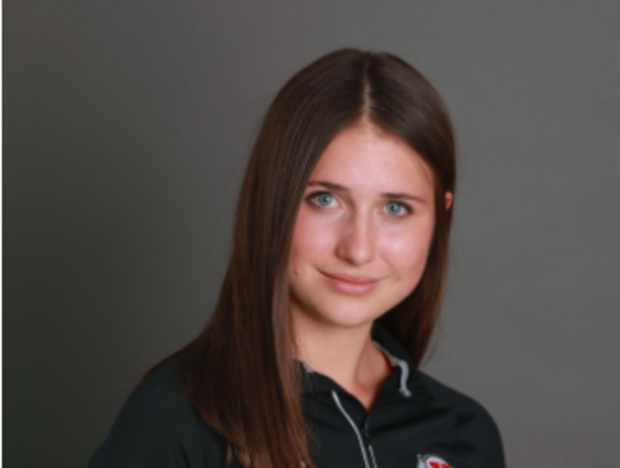 “The conclusions drawn in the DPS report are inconsistent with the high expectations and standards placed upon our officers by the community and our department,” Jensen said.

The investigation, released Wednesday, found that a group of university officers made inappropriate comments about explicit photos of McCluskey shortly before she was shot and killed by a man she had briefly dated.

Her death has roiled the institution and raised serious questions about how it handled her repeated reports that the man was harassing her before her death, including extorting her with the images she had sent him when they were involved.

An attorney for Deras has previously denied bragging about the photos. He did show them during a routine briefing, but only to ask how they should be handled and stored and did not make inappropriate comments, his attorney Jeremy Jones said.

“From my client’s recollection, he never participated in that. He showed the photos in briefing. He didn’t ‘smoke and joke’ about the photos at any time,” he said.

KUTV reports that Lauren’s parents, Jill and Matt, called for the university to conduct a second internal investigation after the report was made public.

“The University of Utah continues to mislead, cover up the facts, and fail to take responsibility for the murder of our daughter,” the McCluskeys wrote in a prepared statement. “We now call for the University of Utah to redo its incomplete and disingenuous investigation and for an independent review of the facts surrounding Lauren’s murder and the University’s failure to respond to her pleas for help.”

Jill McCluskey also posted on Twitter about campus safety in July, wishing all law enforcement officers would make this promise: “I will treat you with respect and dignity, investigate with urgency, and protect you if someone is threatening you.”

-Lauren was not treated with respect & dignity
-Her case was not investigated with urgency
-She received no victim services that might have protected her from the man who was threatening her.