State Treasurer Tim Pallas has quashed speculation that Victoria is about to follow NSW into historic tax reform and replace stamp duty on property purchases with a transaction charge in next week's state budget.

Mr Pallas on Thursday said that his 2020 budget, to be handed down on Tuesday, would not contain the sort of structural tax reform that his NSW counterpart Dominic Perrottet embarked upon in his own budget this week. 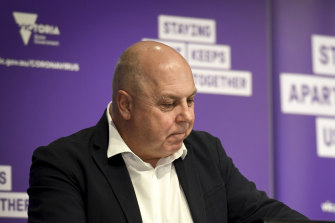 The Victorian Treasurer said his budget would instead concentrate on tax breaks to stimulate employment and the state's COVID-ravaged economy as new figures from the Australian Bureau of Statistics underlined the challenge facing Mr Pallas and his colleagues.

Despite 81,000 Victorians returning to work in October, with Melbourne's tough stage four lockdown ending late last month, the state's unemployment rate leapt from 6.7 per cent in September to 7.4 per cent, as people surged back into the official workforce and onto the joblessness statistics.

Victorian women are still bearing the brunt of the employment crisis, the labour force data shows, with the female jobless rate soaring to 8.8 per cent, the highest level the century, while male unemployment was up only slightly to 6.2 per cent.

Mr Pallas, who has repeatedly flagged his intention to focus heavily on female employment in Tuesday's budget, told The Age that the government had looked at reforming the tax base and had not abandoned the idea, but believed the immediate crisis called for tax breaks, rather than structural reform, to get the state's economy moving again.

"While we acknowledge these are important conversations as we seek to bounce back from coronavirus, our immediate priority is to provide support that will help the economy bounce back from the pandemic.

"We'll be detailing the tax breaks we have planned to help Victorian families and businesses through the pandemic, with immediate support when it’s needed most, in next week's Budget." 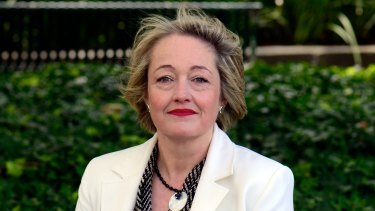 Opposition Treasury spokeswoman Louise Staley said the number of women without work in Victoria, 146,500, was now the highest on record after growing by 51,000 since the start of the pandemic.

“These are the women who work in industries hit hard by this pandemic, such as retail, hospitality, fitness and other small businesses.

“This inequity must be addressed urgently. Victorian women need a plan to get back to work and back in business.”